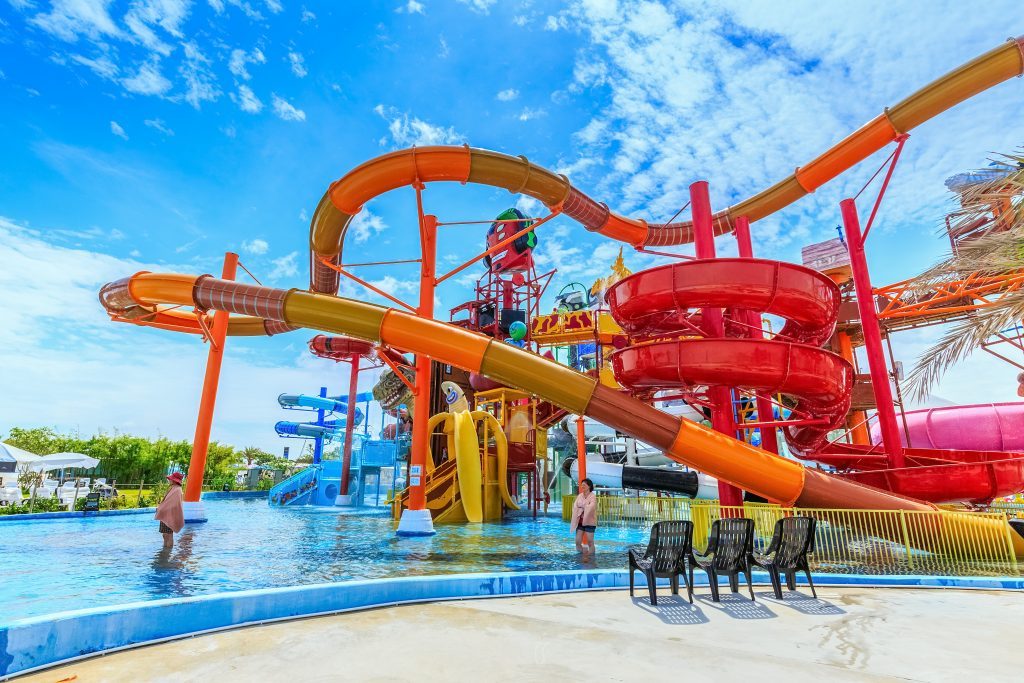 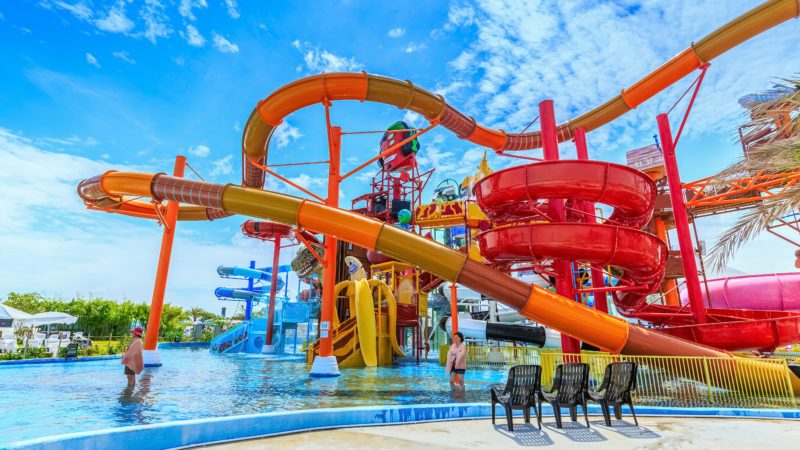 Summer fun means water park visits for many Americans and their families. But what is lurking underneath those brightly-colored slides and splash pads? Oh, just a few things their employees aren't likely to tell you.

There may be a lot of bacteria in those waters

The water park business is booming, with around 85 million people hitting up North America's 1,300 aquatic play places annually, according to the World Waterpark Association. The very people who operate these hotspots want to keep guests as safe as possible, but with so many visitors, it's hard to keep anything pristine. The U.S. Centers for Disease Control and Prevention (CDC) revealed that 58 percent of the public pools they tested in a study contained E. coli bacteria.

Water slides are responsible for a lot of injuries

Research published in The Journal of Emergency Medicine showed an uptick in the number of tailbone injuries related to water slide use. In an interview with Live Science, study author Patrick Foye, MD, a professor of physical medicine and rehabilitation at Rutgers University, wants people to keep this in mind as they're taking off down their next slide. "I'm not advising everyone to live their life wrapped in bubble wrap, but it's important to realize that there are some risks that go along with these activities," he said. Daredevils will want to check out these coolest water slides around the world.

These slides are actually more dangerous than roller coasters

Research conducted by the New Jersey Department of Community Affairs found that revelers are twice as likely to get injured on a water slide than a roller coaster.

There's a lot of science that goes into water slide operations

Water parks may appear full of frivolity at first glance, but just like with the crafting of roller coasters, there's a lot of physics at play here. For one, computer software is in place to keep water slide aficionados as safe as possible. According to National Geographic, these programs "mimic the effects of friction and mass on a waterslide." This helps keep riders spaced evenly in between turns. Indoor water parks are a fast-growing segment of the industry, and these are the top ones in the United States.

One man is considered "the Father of Waterparks"

Water is a precious commodity, so it will probably shock you to learn that it can initially take 900,000 gallons of the stuff to fill a water park. But the Star-Telegram reports that after this first fillup, a water park usually only uses up approximately 19,800 gallons each month. Technology advancements are also helping water parks use H20 in the most conservative ways possible. Speaking of water, it's important to stay hydrated when you're enjoying a day at the park and these fool-proof hacks will make sure you are getting your fill.

There's a thing called chlorine gas and it can be problematic

Chlorine is used as an effective way to disinfect public water spots, but sometimes the way the pool chemicals mix creates what is called a chlorine gas cloud. According to Michigan Live, 50 people got sick at a water park in Michigan when one of these gas clouds formed; 26 of them had to be hospitalized.

Water parks and public pools may require little ones who aren't yet potty trained to wear swim diapers while using these attractions in an effort to keep accidents at bay. But the CDC says that although these products may keep feces from dropping into the water, they are not leak-proof. "Swim diapers can delay diarrhea-causing germs, like Cryptosporidium, from leaking into the water for a few minutes, but swim diapers do not keep these germs from contaminating the water," their site reads. Here's how to take your little one to a water park and, yes, still have a good time.

E. Coli may be the least of your bacteria concerns

When a 12-year-old girl contracted what was referred to as a "brain-eating amoeba" in 2013, it sent her straight to the hospital in critical condition. The Arkansas Department of Health confirmed this was a case of primary amebic meningoencephalitis (PAM), a rare form of meningitis, which can be fatal and is often linked to amoebas found in lake waters. In this instance, however, officials traced it back to Willow Springs Water Park in Little Rock, Arkansas.

No matter how many chemicals you throw into a pool, the experts NPR interviewed on the topic say the only way to truly rid it of urine is to change out the water. The longer one waits out the issue, the worse that water will get with the accumulation of chloride and what's referred to as "disinfection byproducts."

This wave pool is so darn big that, according to Disney, it takes nearly 3 million gallons of water in order for it to be completely filled. For comparison's sake, an Olympic-sized swimming pool holds an estimated 660,000 gallons. Whether you're at Typhoon Lagoon or elsewhere on Walt Disney World property, these are the insider secrets you really need to know.

Rides at water parks are exempt from federal oversight

The U.S. Consumer Product Safety Commission doesn't oversee precautions for water park attractions, which means regulation is left up to state and local inspections. Therefore there isn't one blanket safety code for water parks on a national level. It's something to consider the next time you have an uneasy feeling about a particular slide or ride. If you're heading to any amusement park, make sure you know the secrets they won't tell you, too.