The Nicest Place in Minnesota: Fertile 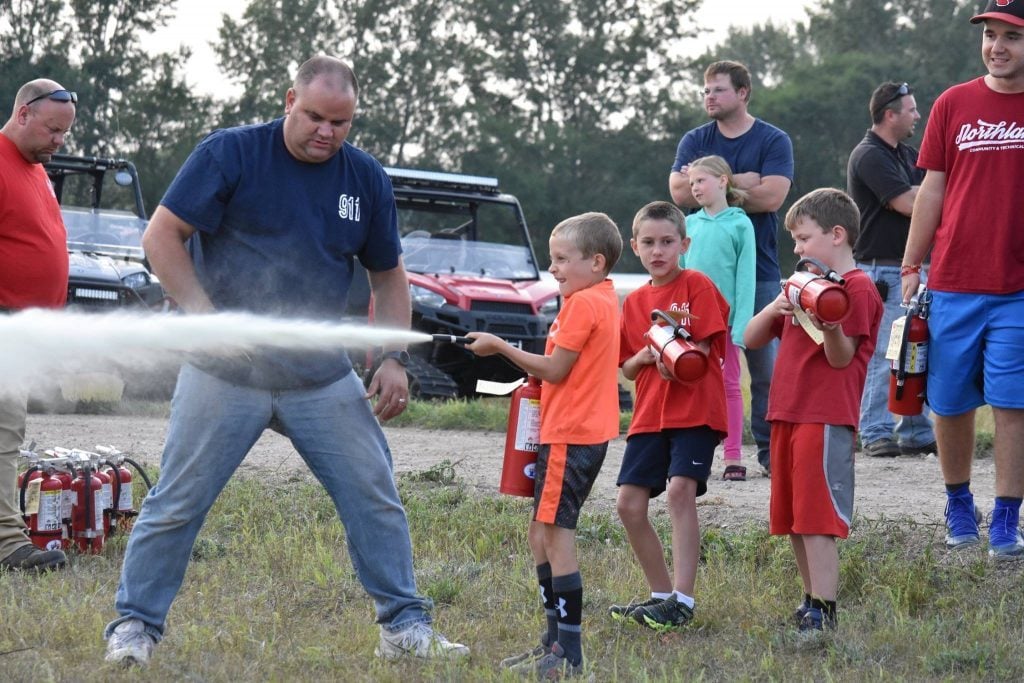 A dying veteran gave his all to his town after nearly giving his life for his country. His neighbors decide to give something back.

The residents of Fertile, Minnesota, host one parade every year, to celebrate the Fourth of July. Last year, they held two. The second one celebrated a dying man. His neighbors wanted him to know how much he was loved.

The man's name was Jon Hovde, and he was a fixture in the rural farm town of about 800 people located some 300 miles north of Minneapolis. The world knew him as an author of a searing Vietnam memoir called Left for Dead, recounting the mine explosion that cost him two limbs, and his struggles to recover and rebuild a life in his beloved Minnesota.

Hovde sat on school boards and church committees; he helped organize veterans' groups and county fairs; he spoke to students and soldiers.

The town was "really proud of him," recalls resident Margie Haas, who nominated Fertile. "The kids really connected with him."

So, late last year, when the town heard he'd been given a terminal cancer diagnosis and had chosen to come home to spend his final days, it filled the sidewalks to welcome him.

"People lined the streets, a couple hundred people, and that's pretty good for a town this size," says Bob Norland, a fellow veteran and longtime Fertile resident. "He was truly moved. It spoke volumes about the town."

A few weeks later, he passed away, surrounded by family and friends in a place he loved.

Hovde's story is just the most vivid example of the local spirit. A brand-new baseball field, complete with bleachers and scoreboard, was recently built by volunteers to host weekly pickup games with kids throughout the summer.

"We start in the end of June and go through the last week of August. It's once a week with whoever can make it," founder Ryan Strem told a local reporter. "Any community, any skill level, girls, boys, anybody. It's here for anybody."

People support each other, and are always contributing to the betterment of our community.

Many have donated their time, talents and resources. People got together and built a beautiful 18-hole golf course and restored the Fertile Sand Hills to a place where all can come relax and enjoy nature. This includes trails for walking, bike riding, cross country skiing, snowmobiling, horseback riding, kayaking the Sand Hill River, and tours for schools and others to learn about the area. A family donated their land for a "field of dreams" baseball field, where all kids are welcomed, encouraged to participate and are cheered on by the community to always feel good about themselves. A farmer donated land to be used as a gun and archery area for anyone wanting to practice and hone their skills, and for our school and other schools to have classes to teach kids the rules and how to use them the right way. This course should be completed by next spring.

Fertile is a loving community where we watch out for one another and feel safe in our surroundings. One of our Fertile Servicemen passed away recently, and when he came home from Rochester Mayo with no hope of survival, our community lined the streets to greet and honor him as he and his family drove through town on their way home. It was such a fine and emotional tribute to him for all he'd sacrificed. He had been in the Vietnam War, drove over a land mine and almost died. He lost an arm and leg, wrote a book, and was a motivational speaker. He was an awesome person and an inspiration to all who knew him.

Think that Fertile, Minnesota is the Nicest Place in America? Vote below!

What do you think of The Nicest Place in Minnesota: Fertile?