This Is the Real Difference Between Stock and Broth 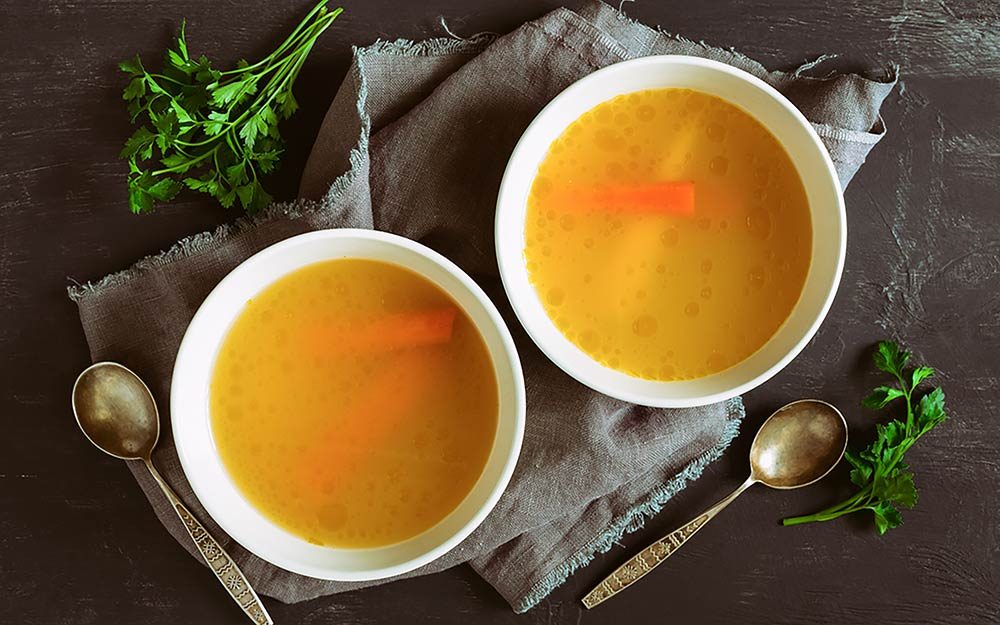 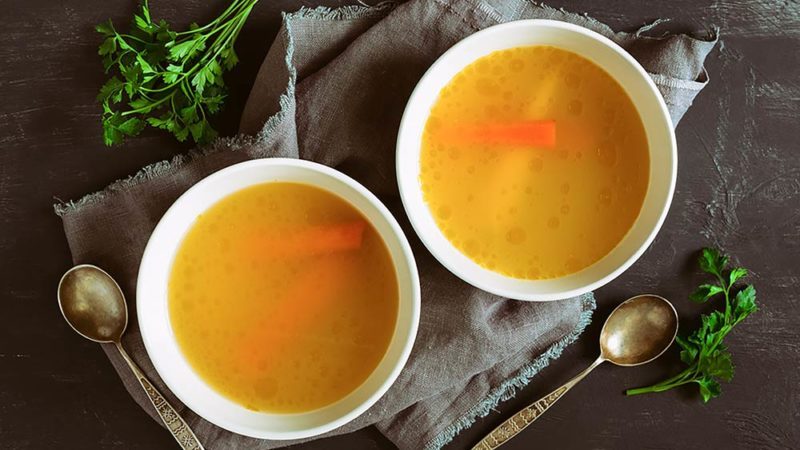 There's a difference, no bones about it.

But what, exactly, is the difference between broth and stock? Before you use the terms interchangeably, learn the reason broth and stock are included among these things many of us think are the same even though they're different.

Traditionally, stock was made using the bones of an animal like a chicken. Chefs would simmer the bones with something called "mirepoix," which is a mixture of onions, carrots, and celery. No meat is necessary to make stock, but it can include meat as well. The most important component is the bones. Stock usually cooks for around two to six hours.

So, just for the record, bone broth is not a broth at all. Bone broth is much more similar to stock than to broth, which is thoroughly confusing. Bone broth is different, though, because it cooks longer than either stock or regular broth—it'll usually be on the stove for at least 12 hours, per the kitchn. Learn more surprising food facts like this that might change how you eat.

Broth is a cooking liquid made by simmering meat, also often with mirepoix. Bones are to stock as meat is to broth. It's essentially the reverse of stock—though bones can be included, they don't have to be, and broth is primarily made with meat. Broth usually cooks for a shorter time than stock (under two hours, per the kitchn).

What's the difference between stock and broth?

So the biggest difference ultimately comes down to ingredients; chicken broth would be made with the actual meat of the bird, while chicken stock would be made from the bones and the trim of the animal. Another difference between stock and broth is that broth is usually seasoned, while stock has no seasoning in it, according to the kitchn.

Taste-wise, broth tends to be a bit more rich, while stock will have a fuller, more pillowy mouthfeel. Stock also takes longer to make than broth, since it takes quite a while to release all the gelatin and collagen present in the bones used while releasing all the flavor out of meat is a bit quicker of a process. So, no, stock and broth are not the same—that's one of the common food myths that just aren't true.