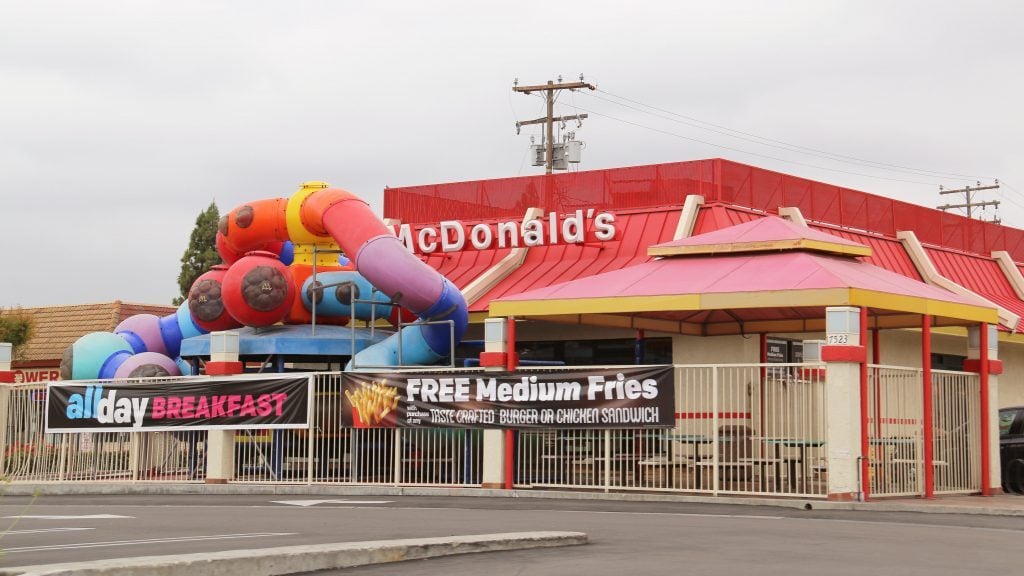 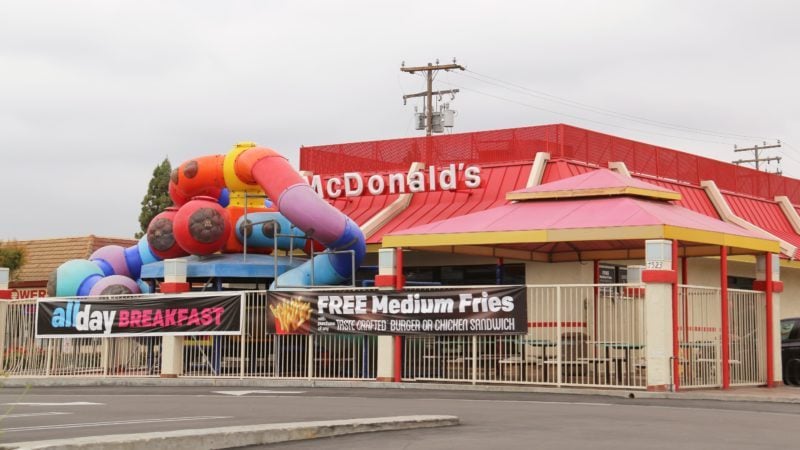 The McDonald's venture into restaurant-adjacent playgrounds experienced a heyday from the 1970s to the '90s. Their history is rich, there are several potential reasons why their numbers are dwindling today.

If you spent a fair amount of time dining at McDonald's in the 1990s and early 2000s, even if you didn't have kids with you, you most likely remember the separate room that many of the restaurants had then, containing sprawling, tube-constructed playgrounds. Maybe you even played in them yourself. But today, it seems to be more of a surprise to see a McDonald's with a PlayPlace than one without one. At your nearest McDonald's, chances are you won't see the glowing neon letters in the window announcing "PlayPlace." It would seem the PlayPlace heyday of the late 20th century is over—but why?

The history of McDonald's PlayPlaces

Why did fast food establishments—not just McDonald's, but others as well—start constructing play areas in the first place? After all, it's a restaurant, a spot for eating, not playing. Not to mention, the very purpose of fast food like McDonald's is so that you don't have to wait—so why have an area for restless kids to entertain themselves?

Well, McDonald's play areas began as a big branding effort. Debuting in the 1970s, the original McDonald's playgrounds revolved around an Illinois State Fair exhibit called "McDonaldland," which featured McDonald's-branded characters like Officer Big Mac, the Hamburglar, and Mayor McCheese. These playgrounds, though, were outdoors, and looked quite a bit different from the dwindling tube networks you see today. But they were absolutely their predecessors. Take another look through the franchise's history by seeing what the McDonald's menu looked like the year you were born.

These outdoor playgrounds had some drawbacks, as US Consumer Product Safety Commission discovered that McDonald's had neglected to report many injuries that had occurred on the playground equipment. But, as 1990s kids know, these concerns didn't spell the end of the McDonald's playground—they just helped usher in a new era. The last Big Mac Climber—a raised piece of metal play equipment that caused scores of injuries from kids tumbling off it—didn't disappear until 1997. By then, the indoor fast food playground—a padded, enclosed alternative—was gaining steam, not just at McDonald's but at Burger King as well.

The indoor playgrounds were far from immune to public concerns, though. Aided by the advent of the Internet, horror stories—some false, some true—circulated about things children (and parents) had encountered in the PlayPlaces and ball pits: dirty diapers, vomit, rotten food, and the like. (The story of a three-year-old dying of an accidental heroin overdose after being pricked by a needle in a ball pit, though, was just one of the fast-food rumors that are completely false.) One mom, named Erin Carr-Jordan, embarked on a crusade to hold McDonald's (and other fast-food franchises) accountable for calling these often grimy, graffiti-laden places "kid-friendly." Her research discovered that 49 out of the 50 fast-food playgrounds she visited tested positive for some kind of potentially dangerous bacteria.

These health and safety concerns were a little problematic for McDonald's, sure, but McDonald's is no stranger to fast food scandals, and the playgrounds persisted despite them. The playgrounds would soon have to contend with a more dangerous threat, though.

Kids aren't playing in them as much

I mentioned the Internet being a hotbed for rumors—but the Internet has harmed the PlayPlaces in a more direct and lasting way. At a fast-food restaurant nowadays, you're far more likely to see kids sitting on smartphones or iPads than exploring the PlayPlace. Kids have all the play they need right there in the palm of their hands.

As such, the playgrounds' target audience is using them less and less, and this is the most likely reason McDonald's is putting its funds elsewhere. As Darren Tristano, president of the food service research firm Technomic, explained to Eater, "I'm not sure that they're becoming a thing of the past, but we clearly don't see growth in the opportunity for restaurants."

In other words, the amount of attention they're getting may not be worth the cost of maintaining them. So they're certainly not extinct, but they're dwindling. Whether they'll vanish altogether or evolve into something more modern, digital-oriented, and interactive remains to be seen. McDonald's itself, though, isn't going anywhere any time soon. And, let's be honest, these coolest McDonald's locations in the world are way more exciting than any uniform PlayPlace!

This Could Be Why You Don't See PlayPlaces in McDonald's Anymore, Source:https://www.rd.com/food/fun/mcdonalds-playplaces-disappearing/