This Toilet Saves Japan Millions of Gallons of Water Each Year 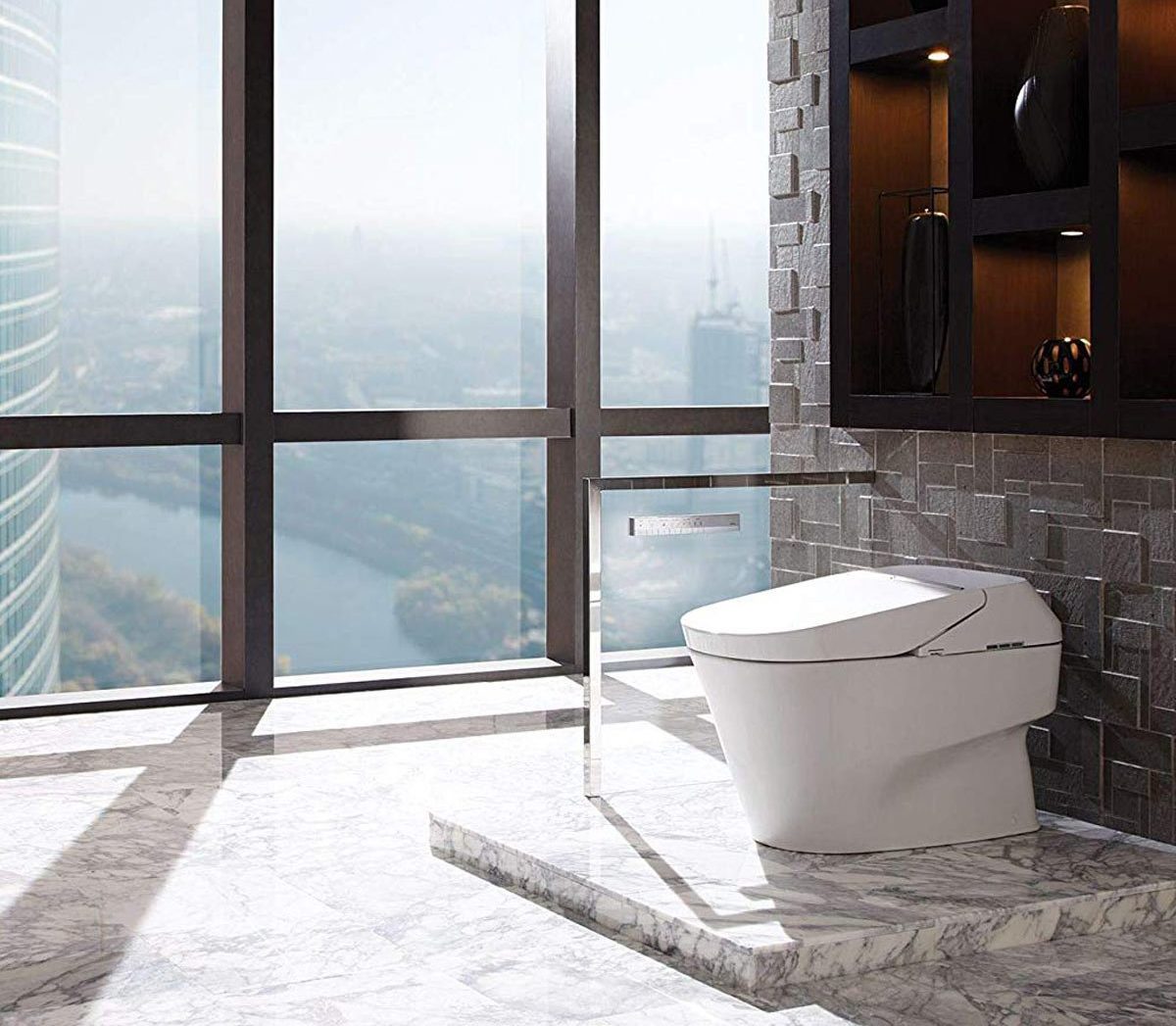 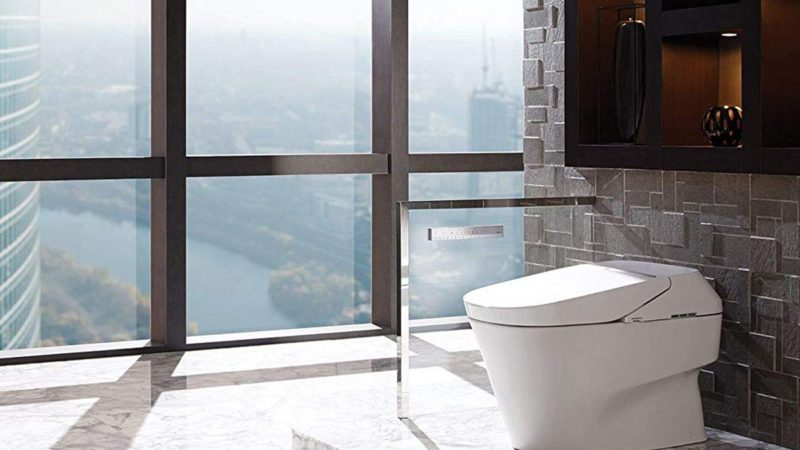 Toto, a Japanese toilet manufacturing company, is a leader in water conservation. But while that running toilet and the water it's wasting in your house is definitely one of the toilet problems you never want to ignore for the sake of your budget and the environment, Toto has taken it a step further with their favorite product: the bidet.

Toto offers several lines of electric toilets but gained prominence with its Washlet toilet. The Washlet, which you can add to your existing toilet, serves as a bidet and eliminates the use of toilet paper. Toto also includes a sound feature on models to save people from embarrassing sounds. Other models have heated seats or UV lights that kill germs. Some will automatically flush, like the Neorest, which also has a dryer and uses eWater+ technology, which uses electrolyzed water to clean the toilet, eliminating the need for chemical cleaners. The Neorest has a dual flush function that will use just .8 gallons per flush if someone uses the toilet to urinate. There are three wash modes, the lid automatically opens and closes and it comes with a remote control. All that comes with a steep price tag of $10,400 for the Neorest 750H Dual Flush Toilet. A similar model will cost you $4,865 on Amazon.

A Toto study found Japanese women flushed the toilet 2.3 times in each visit to the bathroom, flushing multiple times in order to mask embarrassing sounds. A spokesperson with the company says that in an office building that has around 1,000 people, the sound feature which mimics the sound of a toilet flushing called the "Princess Flush" can add up to an annual savings of $37,000.

What makes bidets good for the environment?

According to a Scientific American article, Americans use 36.5 billion rolls of toilet paper, which takes about 15 million trees to produce. It also takes 473 billion gallons of water to produce toilet paper and 253,000 tons of chlorine for bleaching the paper.

Much of the world averages about 1.5 gallons per flush but Toto's toilet is decreasing that to just 1 gallon and with around 80 percent of Japan using a bidet, according to a 2018 Cabinet Office consumer confidence survey. Toto has sold 50 million Washlets since 1980, according to the Financial Times. In 2013, around 76 percent of Japanese homes had a Washlet-style toilet, Toto spokeswoman Nariko Yamashita said in a Tech in Asia story.

People typically average six to seven trips to the bathroom to urinate, and if the toilet uses just 1 gallon per flush, that can mean big water savings. Japan has a population of around 126 million people and if everyone used a Toto last uses 1 gallon per flush, that's 453.6 million gallons of water saved, assuming one uses the bathroom six times a day. While wasting water isn't technically one of the toilet mistakes you're making every day without realizing it, it's definitely still something you should be thinking about. 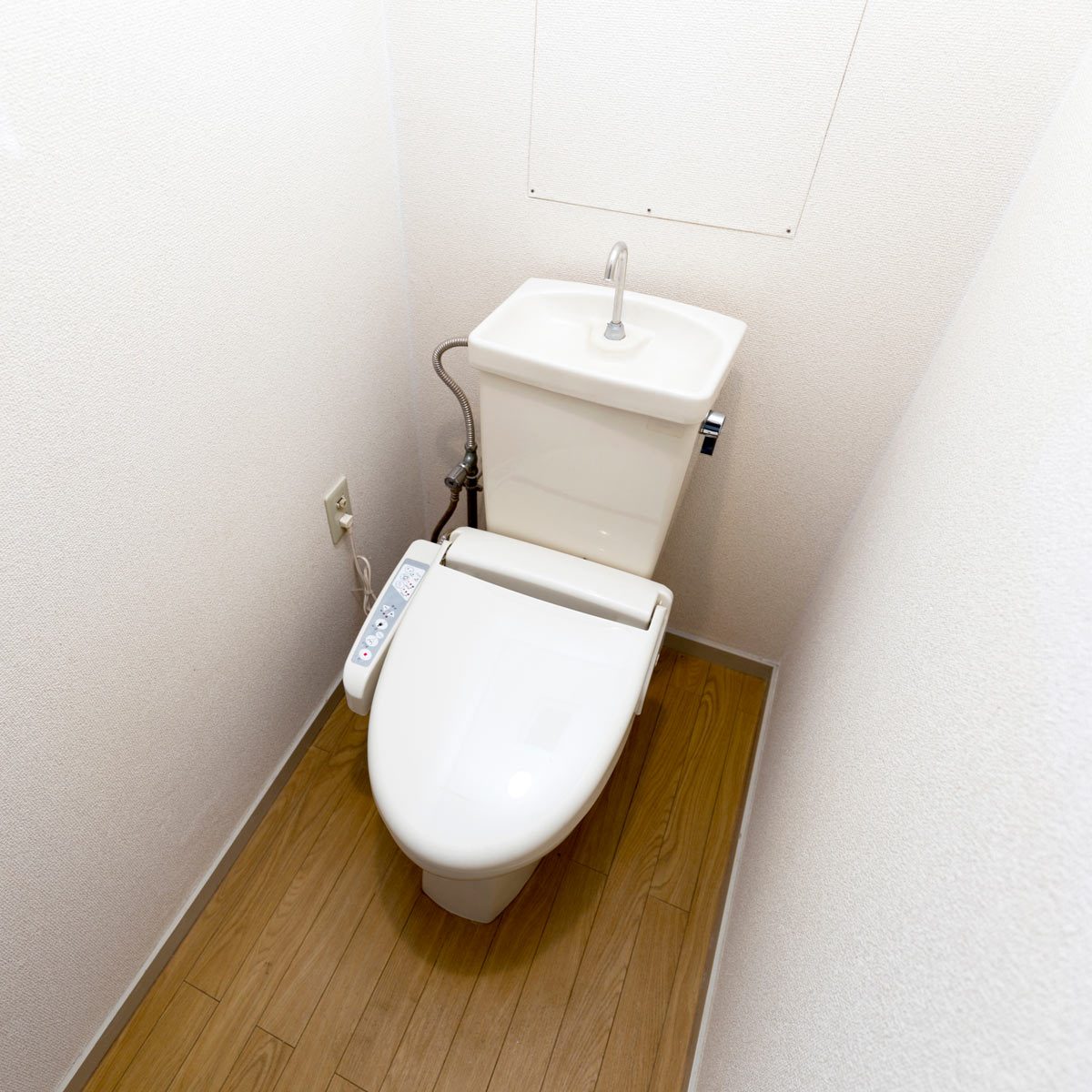 Other water-saving innovations: Toilets that have a sink

Brands like SinkPositive who make a toilet with a sink on top that allows you to wash your hands with clean water that drains into the toilet bowl, claim that the toilet saves up to 2 gallons of water per person. Caroma makes dual flush toilets that use 1.6 or .8 gallons per flush and proclaims that 4.8 billion gallons of water have been saved in the United States alone. If you can't make the move away from toilet paper, then you'll want to learn the best toilet paper for your plumbing.

This Toilet Saves Japan Millions of Gallons of Water Each Year, Source:https://www.rd.com/home/japanese-toilet-save-water/