What Is the Oxford Comma—And Why Can’t the Grammar World Agree on Whether to Use It? 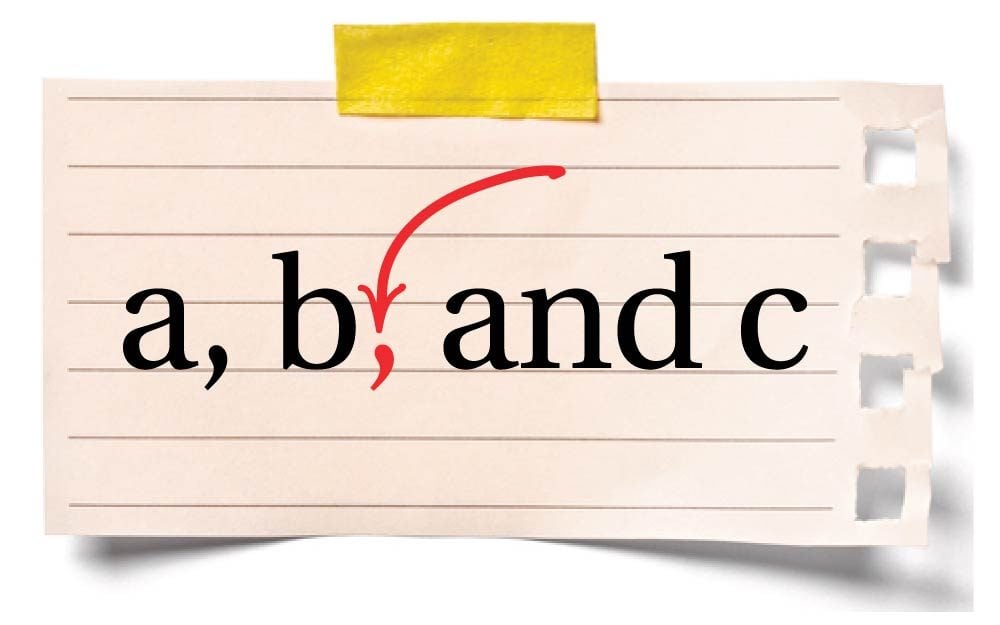 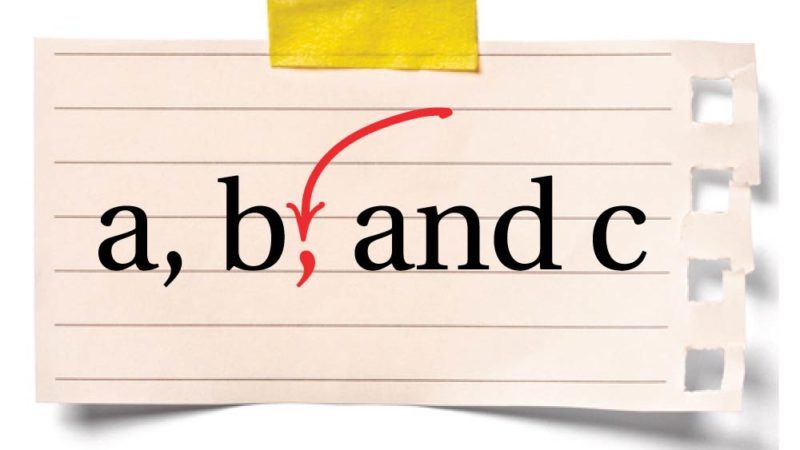 Who gives a darn about an Oxford comma?

The Oxford comma—also called the serial comma—is one of the most divisive linguistic devices in the English language. Unlike when you should use an apostrophe and when you shouldn't, this "rule" isn't precise. As Grammarly editor Brittney Ross says, "Oxford commas are like the Ugg boots of the punctuation world. People either love them or hate them or don't know what they are."

So what is the Oxford comma?

Well, appropriately enough, the Oxford Dictionary has the answer. The proper definition of the Oxford comma is "a comma used after the penultimate item in a list of three or more items, before 'and' or 'or'." For example:

"Today I went to lunch with my roommates, Tom, and Molly."

But why put the comma between "Tom" and "and"? It clarifies to the reader that all three entities mentioned are separate and that Tom and Molly are not the speaker's roommates, but additional lunchmates. (If Tom and Molly are your roommates, you could say "…with my roommates, Tom and Molly" without the Oxford comma.) Seem pedantic? Maybe, but it comes in extra handy in a few other situations too. For example, say you wanted to tell your friend about your excitement to see a few bands at an upcoming indie rock festival:

"I can't wait to see the Fratellis, the Strokes, LCD Soundsystem, and Florence and the Machine this weekend!"

The Oxford comma serves a key purpose here, as Florence and the Machine is one musical act. Without it, the aforementioned amazing concert lineup becomes a jumbled mess.

When should you use the Oxford comma?

Despite its obvious anti-confusion benefits, some people just don't like it. Some journalists choose not to use it because it takes up space on a page; other people don't like it simply because they were told in school to never use it—just one more grammar "rule" your English teacher lied to you about—and now it feels wrong to them. This is not a hard and fast rule by any means. After all, the Oxford comma gets its name from Oxford University Press, where its readers, editors, and writers would commonly use it. Ross notes that Grammarly's platform is pro–Oxford comma because of the vocal preference many of their original users had for it.

Whether or not to use the comma is largely up to you, but here are a few guidelines to help you make the decision.

Usage of the Oxford comma varies depending on what you're writing; for example, the Associated Press does not require it but does not ban it. But The Chicago Manual of Style requires it. "When it comes to AP vs. Chicago style, I think a lot of people forget the importance of the word style. The important thing to remember is when the style isn't working for you, you should do what works," Ross adds. Ultimately, it all comes down to consistency; if you use it once in a paper, you use it always in that paper. Hey, we never said this was easy. There's a reason the Oxford comma is on the list of the most confusing grammar rules in the English language.

What Is the Oxford Comma—And Why Can't the Grammar World Agree on Whether to Use It?, Source:https://www.rd.com/culture/oxford-comma-proper-use/