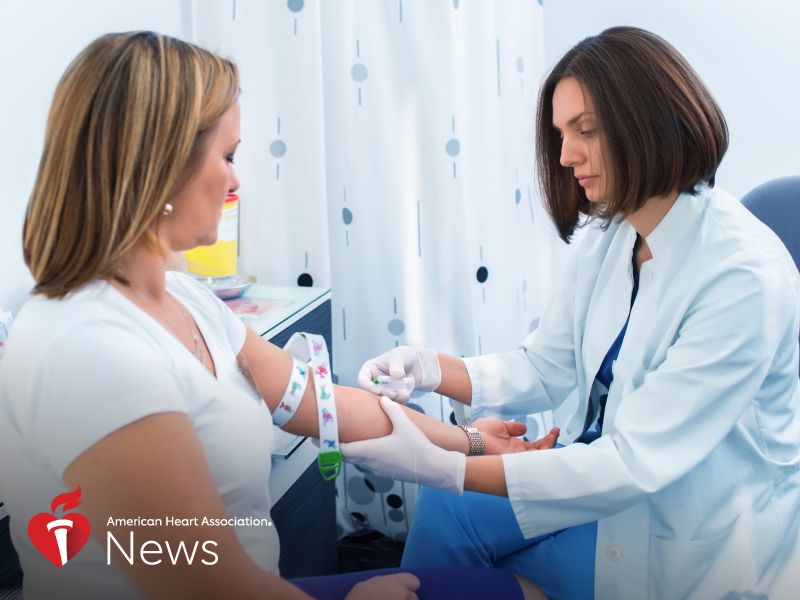 THURSDAY, Aug. 8, 2019 (American Heart Association News) -- Low vitamin D levels do not lead to strokes but can result from them, according to the latest study that looks at the relationship between the two.

Vitamin D is mostly known for helping the body absorb calcium and contributing to bone health. But research in recent decades also has looked at whether vitamin D levels affect cardiovascular disease, although with inconsistent results.

The new study looked at vitamin D levels among 9,680 people from the Dutch city of Rotterdam. It found people with low levels of the vitamin were more likely to have reported having a stroke in the past.

After excluding people who had already had a stroke, researchers tracked the remaining group over the next 10 years. They found no association between vitamin D levels and higher stroke risk. They did, however, notice the people who had strokes during the follow-up years were more likely to have a severe vitamin D deficiency.

The reason behind this was not explored by researchers, said Dr. Kamran Ikram, senior author of the study published Thursday in the American Heart Association's journal Stroke.

"When we started this study, our basic question was to see whether the vitamin D level proceeds the stroke. We just looked at one small, tiny piece of the puzzle," said Ikram, a professor of neurology and epidemiology at Erasmus University Medical Center in Rotterdam, the Netherlands. "The question now is, once somebody has a stroke, do we then have to do something with the vitamin D? That question we haven't tackled in the study."

The study did suggest people who have strokes "may have limited vitamin D production because of reduced exposure to sunlight and diet quality, among other factors." But Ikram said there's no clear evidence to support taking vitamin D supplements to reduce stroke risk.

A recent compilation of past studies found an increased risk for stroke in people who had very low vitamin D levels. Yet, a study released in July found taking vitamin D supplements, along with calcium, could increase stroke risk.

Vitamin D can build up in the body to toxic levels when taken in excess, said Dr. Tanya Turan, a neurologist who wasn't involved in the study.

"Most of the general public doesn't know that. They think vitamins – the more I take, the better, the healthier I'm going to be," said Turan, a vascular neurology professor at Medical University of South Carolina in Charleston. "But for the majority of people who eat a normal, well-balanced diet, they don't need vitamin supplementation. Most of what you need will come through diet and a mild amount of sun exposure."

While some research suggests treating low vitamin D levels after a stroke may result in better stroke recovery, more studies are needed, Turan said. "When it comes to vitamin D deficiency, it's probably better to try and identify what's the underlying cause of that – is there an intestinal absorption issue? Is there poor nutrition?"

"In cases where severe vitamin D deficiency is detected, it makes sense to supplement for other reasons, like bone health and all the things we know that vitamin D can benefit," Turan said. "To do it solely for stroke prevention doesn't seem warranted at this time."

What is a stroke? See Answer