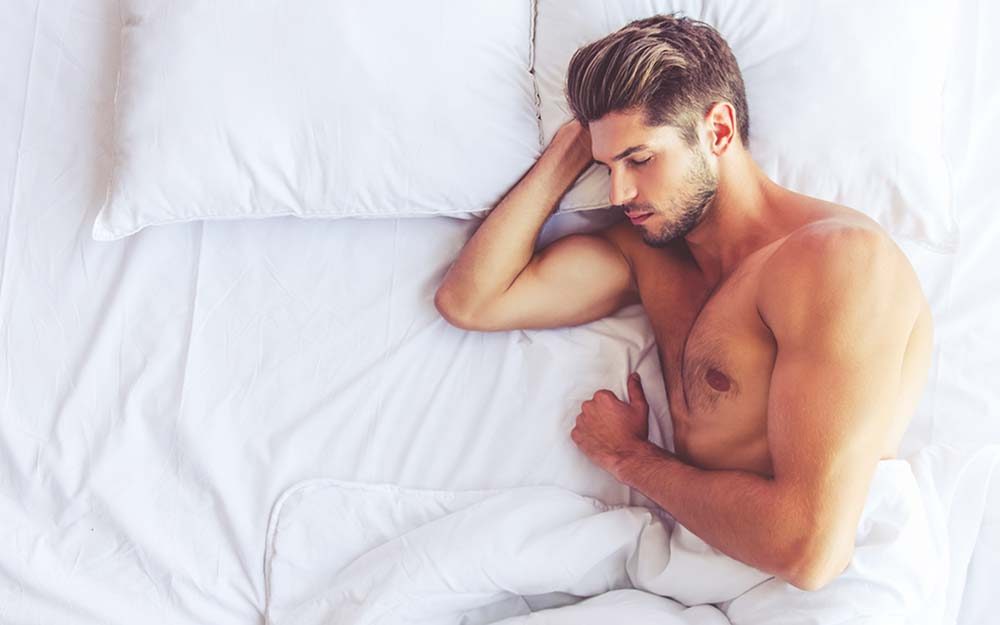 If your partner starts sawing logs right after your most intimate moments together, don't take it as an insult. Men fall asleep after sex for several reasons, none of which are related to your relationship, personality, or performance in bed. In fact, there are 13 other sex problems that you should take more seriously.

Orgasm and energy play a role

"A man's body chemistry changes after orgasm," says David McKenzie, a sex therapist in Vancouver. "The biochemical prolactin is released, physically altering his body and making him very tired."

In contrast, women may not orgasm every time they have sex. So, after rocking your lover's world, you may still be semi-aroused and have the energy to talk about love and life while he's drifting off to dreamland.

Mark Leyner and Billy Goldberg, M.D., authors of Why Do Men Fall Asleep After Sex?, offer an additional biological explanation: "It is thought that exertion during sex and after climax depletes the muscles of energy-producing glycogen. This leaves men feeling sleepy. Since men have more muscle mass than women, men become more tired after sex."

Leyner and Goldberg state that there is little direct evidence to explain men falling asleep, though, after orgasm, the chemicals oxytocin, prolactin, gamma amino butyric acid (GABA) and endorphins all contribute to that "roll over and snore" feeling. These chemicals and endorphins are part of what happens to your brain when you have sex.

There are some changes in the brain, too

Tantric sex focuses on the enlightening, spiritual aspects of sex. The merging of two bodies is a sacred act that increases awareness by channeling energy and lifting the couple to a different plane. Sex and orgasm is the pinnacle of spiritual awareness and represents the unification of male and female energy.

Leyner and Goldberg suggest that since a man's orgasm is external, it causes the loss of that energy (through ejaculation). This loss of energy is also associated with a decrease in activation through the prefrontal cortex, research shows. The prefrontal cortex switches off post-orgasm, so men might get sleepy because this part of the brain involves consciousness, alertness, and mental activity. In contrast, a woman's orgasm is an internal explosion of energy. Since she doesn't experience that same outward loss of energy, she's ready to cuddle for hours.

Laurie Betito, a Montreal psychologist specializing in sex therapy, says,"Women like to 'process' their experiences, hence the desire to talk after sex." Communication tends to be easier and more natural for women. If a man isn't a great communicator at the best of times, he'll be even less likely to engage in a heart-to-heart when he's flat on his back.

According to sex therapist Ian Kerner, cuddling after sex helps to reinforce intimacy, attachment, and an overall sense of connection and commitment. Studies show that the partners of people who fall asleep right after sex have a greater desire for more bonding and affection—no matter who falls asleep after sex. So, one of the 12 things sex therapists wish you knew is the importance of finding ways to bond after sex to strengthen your whole relationship.

To increase the cuddles after sex:

Human Sexuality author and psychologist Roger R. Hock writes that "both men and women usually feel relaxed, warm, content, and sleepy" after sex. One of our sex experts offers a slightly different perspective: "Not all men fall asleep after sex. Some do enjoy cuddling or talking afterward," says Dr. McKenzie. "Sometimes it's the female partner who falls asleep first."

If he does keep marching off to the land of nod every time you have sex, remember that sleepiness doesn't necessarily mean your relationship is weak or that he doesn't love you. On the contrary, his Zzzs may actually prove happiness and satisfaction. But if you find neither of you is satisfied, try these 20 ways to improve your sex life in just one day.