This Is the Right Way to Germ-Proof Your Plane Seat 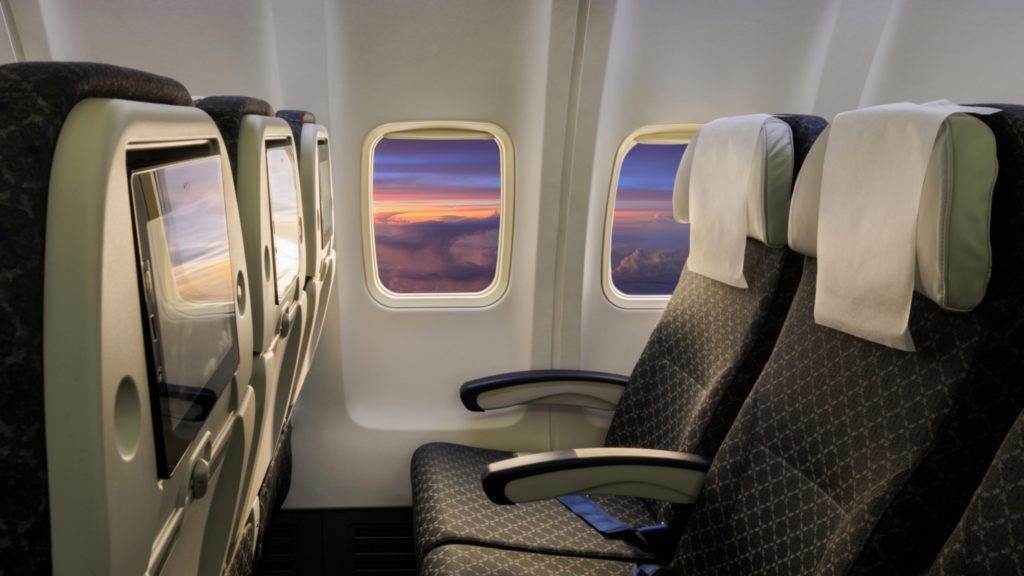 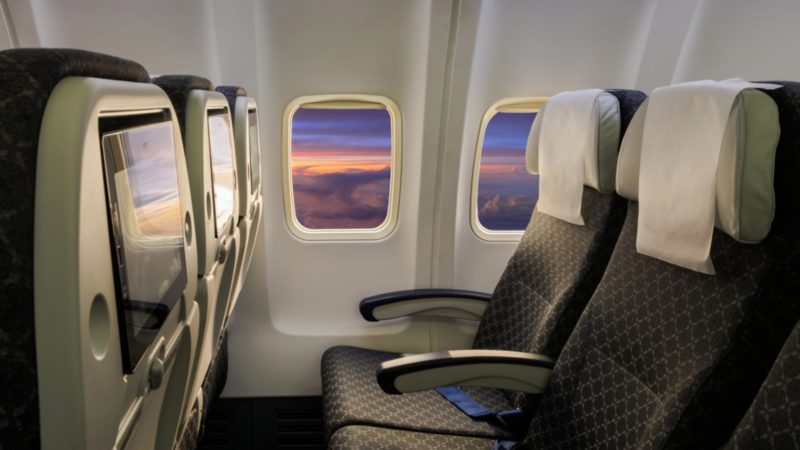 You may convert your seatmate, too.

If you're on a plane near someone who's got the flu, there's a good chance you'll get sick, too, research has shown. But what if you're a passenger on the next flight? Fortunately, there are things you can do to protect yourself from the germs that previous travelers have left behind.

You've got reason to be concerned. You may think that you can get sick on a flight from breathing the air of fellow passengers who are coughing and sneezing. But people more often get infected by coming into contact with germs on a contaminated surface and touching their eyes, nose, or mouth, says Irwin Stromeyer, founder of Sterile Space Infection Defense. From there, the germs just need warmth, moisture, and a food supply to start multiplying. For example, in just eight hours, just one cell of E. coli can become a colony of more than 12 million cells.

"That's way more than enough to make you horrifically sick," Stromeyer says. Just make sure you're not part of the problem—here's why you should never take your shoes off on an airplane.

Your tray table alone likely has more bacteria than a toilet seat or a cellphone. For example, one study revealed that tray tables contained more than 2,000 colony-forming units of bacteria per square inch. To put that in perspective, swabs of cellphones have shown around 27 to 30 colony-forming units per square inch. "So they're filthy," says Debra A. Goff, Pharm.D., an infectious disease specialist at Ohio State University, of tray tables. "And they're never cleaned."

Fortunately, though, Goff has a plan for how to germ-proof your seat. First, pack a new bag of hand wipes and check to see that they're antibacterial. "There's a lot of them that are just hand wipes, meaning they're basically water with a little aloe to keep your skin moist, but they're not antibacterial," Goff says. "So you just have to make sure that they actually say that on the package."

The distinction? Antibacterial wipes contain alcohol and are FDA-approved to actually kill bacteria, she says. Here are some things airlines could be cleaning more often.

Then once you're in your seat, Goff says the best defense against getting sick is self-defense. There are five "high-touch" areas that Goff always sanitizes with the antibacterial wipes:

Flight attendants and fellow passengers are generally more than happy to see Goff break out the antibacterial wipes. And after watching her sanitize her area, Goff's seatmates more often than not say: "Can I have one?"

So get a bag of wipes and hand them out to receptive fellow passengers. "Unlike sharing bacteria and viruses, this is something you want to share," Goff says. "It's a habit worth spreading." Now that you know how to germ-proof your seat, find out 18 things you should never do on an airplane.

This Is the Right Way to Germ-Proof Your Plane Seat, Source:https://www.rd.com/advice/travel/right-way-germ-proof-plane-seat/