iPhone 11 and Trypophobia: Why People Are Feeling Uncomfortable With Its Look The recently launched iPhone 11 is in news to have triggered Trypopobhia with its three-cam design. A lot of people have developed a fear after looking at its pictures only! Know what's trypophobia and its causes and symptoms.

Apple just released its much-awaited 11th version of the iPhone which created a buzz in the entire world for its innumerable new features including the three-cam design and bright color range. Initially, all the three phones of the series looked every bit of stylish and elegant until the news of its link with trypophobia started doing the rounds. It is said that the camera design of the iPhone 11 Pro and iPhone 11 Pro Max has triggered trypophobia in some people!

Social media is flooded with tweets and posts about the design of iPhone 11 Pro and iPhone 11 Pro Max. While some people are highly impressed by the upgraded design, a lot of people are mocking this series for its trypophobia-triggering camera module.

The two phones feature an additional camera lens and all the three lenses are placed closely which has triggered trypophobia is some people. Unfortunately, the cluster of lenses does resemble holes and their pattern makes it even more correlative.

The simplest definition of Trypophobia would be fear of holes. People who are trypophobic tend to fear a cluster of holes, patterns or bumps. Basically, patterns that are clustered closely trigger the symptoms of trypophobia.

Some of the common triggers of trypophobia include beehives, sponges, strawberries, seed pods, pomegranate, bubble baths, condensation. etc. In fact, some people even get triggered by skin pores! It tends to be extremely visual as seeing a print or images is sufficient to trigger the trypophobia in people. However, the debates are still on whether trypophobia is a genuine health condition or just a fear.

Like most of the other 'phobias', trypophobia isn't a recognized mental disorder in the current edition of the Diagnostic and Statistical Manual of Mental Disorders (DSM-5).

Some Common Triggers of Trypophobia

In some severe cases, animals with spotted skin and/or man-made patterns can also trigger a phobic reaction. 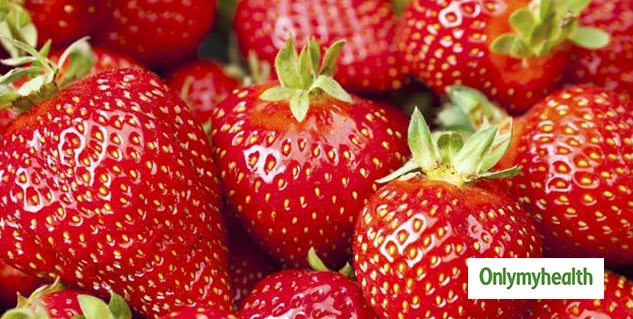 Also Read: Cibophobia: How to fight and overcome food phobia

The symptoms of trypophobia are quite similar to the other phobias. When a trypophobic person sees something with holes or clusters of holes, he/she often suffers these symptoms:

Also Read: What is the Prognosis of a Phobia

Trypophobia may be worse in some people where they need to get immediate medical assistance in order to calm themselves down. Though there is no such medical treatment for trypophobia, it is important to seek doctor advice to at least control the severity of the situation. It is possible to control the symptoms with medication.

Read More on Other Diseases

iPhone 11 and Trypophobia: Why People Are Feeling Uncomfortable With Its Look, Source:http://www.onlymyhealth.com/iphone-11-and-trypophobia-why-people-are-feeling-uncomfortable-with-its-look-1568187642