This Is How Often You Should Be Rebooting Your Router 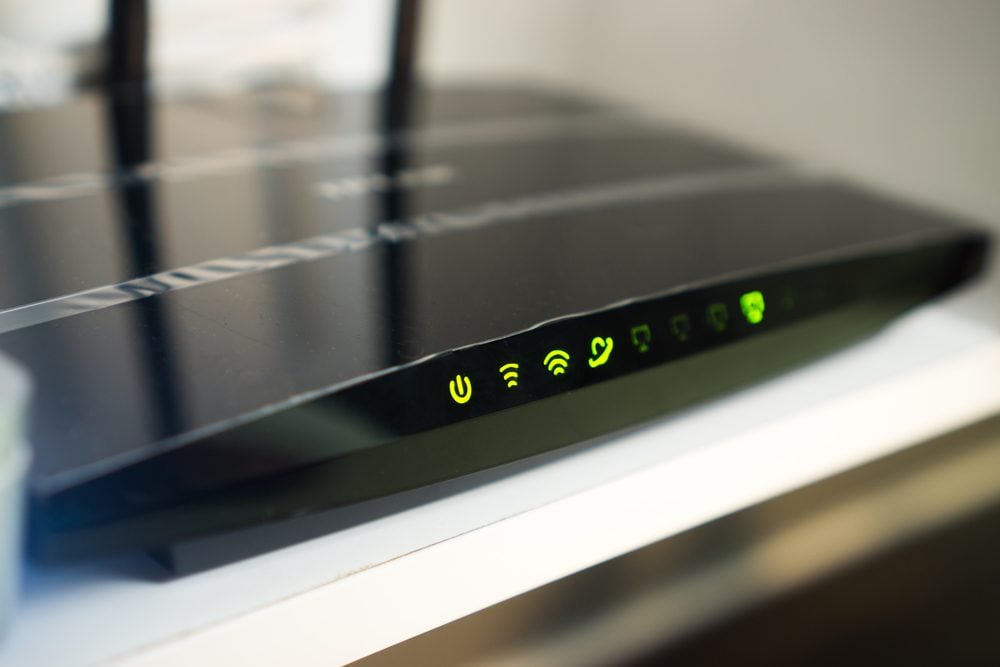 Giving your router a break can do more than just speed up your Internet connection.

The Internet: can't live with it, can't live without it. Whether you're using it to pay your bills online, watch your favorite streaming service or connect with friends via social media, a strong Internet connection is a crucial staple in many households. But just as shutting down your computer every so often can benefit its performance, rebooting your router can also help.

"There is no perfect or scientific answer to this question," says Rob Rohrman, head of IT at CompTIA. "In general, it's a great idea to reboot the main Internet router every couple of months. A router reboot can fix certain Internet connectivity issues, from no Internet connectivity to slow wireless connections, and should be one of your first troubleshooting steps in a home or consumer environment. It's also a good security practice to reboot the router every once in a while."

The benefits of regularly rebooting your router are twofold. If you want a faster connection, you should be regularly turning your router on and off. According to Consumer Reports, your Internet provider assigns a temporary IP address to each of your devices which can change at any time. If your router doesn't catch the change, your connection can become slow. The same can happen if you have too many devices connected to your router.

"From a performance perspective, restarting your router every so often (once every one or two months) can help maintain the reliability of your home network," Nick Merrill, founder of cybersecurity consultancy Broad Daylight, explains.

But restarting your router is about more than just getting a speedier connection for online shopping. It's also a way to prevent yourself from being hacked.  Last year, the FBI recommended all home and small business routers be rebooted after foreign hackers compromised thousands of networks worldwide. Using a malware called VPNFilter, the hackers were able to collect information, exploiting the device and blocking network traffic, rendering the routers inoperable. Shutting off the device would temporarily disrupt the malware. Merrill also recommends keeping your firmware, which provides network protocols, security, and administrative controls, updated to prevent further security threats and restarting after every update. Knowing these clear signs you're about to be hacked is also a good starting point for knowing when you should restart your router.

"In the vast landscape of strategies for improving one's relationship with technology, restarting or resetting one's router is really not the first thing on my mind," Merrill said. "That said, if you're really paranoid type, it's worth patching the firmware on your router and doing a factory reset on it. As they say, an ounce of prevention is better than a pound of cure. Adware and malware blockers on your computers and your network gateway will make it much less likely that you'll need to reset your router."

While experts agree rebooting your router isn't an exact science, it's a simple thing to do when facing Internet woes or security issues. Arm yourself even further by knowing these cyber security secrets hackers don't want you to know, too.

This Is How Often You Should Be Rebooting Your Router, Source:https://www.rd.com/advice/when-to-reboot-router/