Why Your House Could Be Making Your Cat Sick 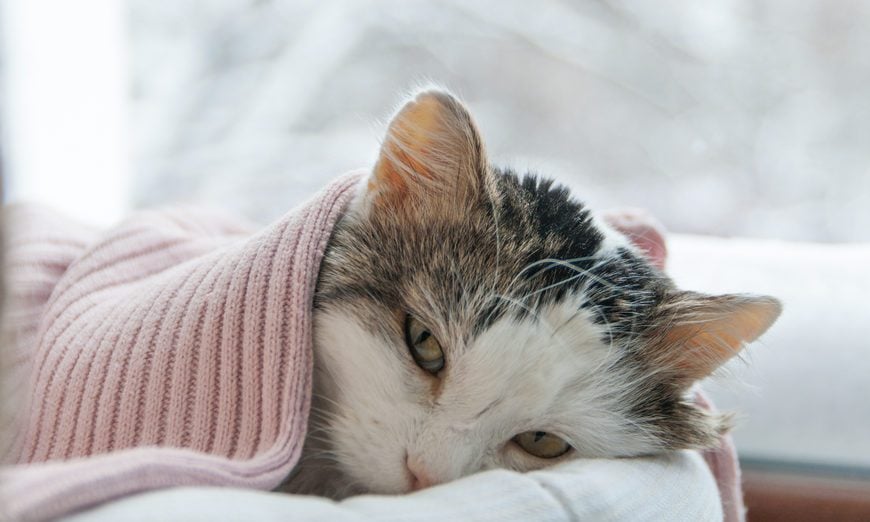 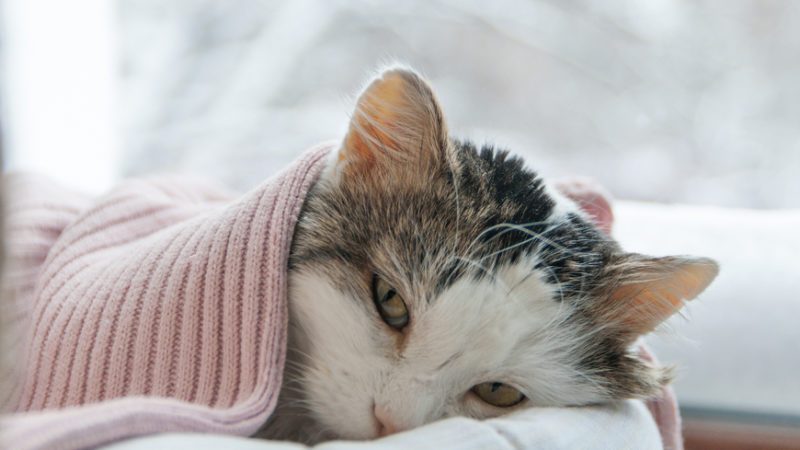 You might want to rethink letting your favorite feline snuggle in for her next cat nap on the sofa. Her favorite resting place may be inadvertently exposing her to toxins and causing her to develop hyperthyroidism.

According to a study published in the American Chemical Society's journal Environmental Science & Technology in 2019, flame retardants in common household items may be responsible. They can be found in things like upholstered furniture, as well as in air fresheners. Researchers believe that flame retardants' ingredients can act as endocrine disruptors and cause this thyroid condition in cats, leading to symptoms such as weight loss, increased appetite and thirst, and increased urination. Believe it or not, you might not always know something's amiss with your fur baby. Here are 13 silent signs your "healthy" cat is actually sick.

Hyperthyroidism is the most common endocrine-related disease in senior cats, according to the study's authors, and it has become much more prevalent since it was first diagnosed in the late 1970s. That's around the same time that new household flame retardants were introduced with ingredients like polybrominated diphenyl ethers (PBDEs). While PBDEs were mostly phased out of products in 2004, others were introduced, including certain organophosphate esters (OPEs) called TDCIPPs. While PBDEs had previously been linked to feline hyperthyroidism, OPEs hadn't been looked at in this way until now. These are the a few other ways toxins are sneaking into your house.

In the study, researchers looked at 78 house cats seven years and older, half with hyperthyroidism and half without. They gave the cats' owners silicone tags for their felines to wear for seven days in their own homes, then analyzed the silicone. (Silicone picks up volatile and semi-volatile organic compounds.)

So, what did they find? Cats with hyperthyroidism had higher levels of TDCIPP, and non-hyperthyroid cats who had more exposure to TDCIPP had higher concentrations of a hormone that's elevated in hyperthyroidism. They further found that higher TDCIPP exposures were linked with air-freshener use, houses built since 2005, and cats that nap on upholstered furniture. The bottom line: Know what's in your products and realize the impact it could potentially have on your family members—human and feline. Ignoring this danger is one of the potentially harmful mistakes cat owners should never make.

Why Your House Could Be Making Your Cat Sick, Source:https://www.rd.com/advice/pets/house-making-cat-sick/