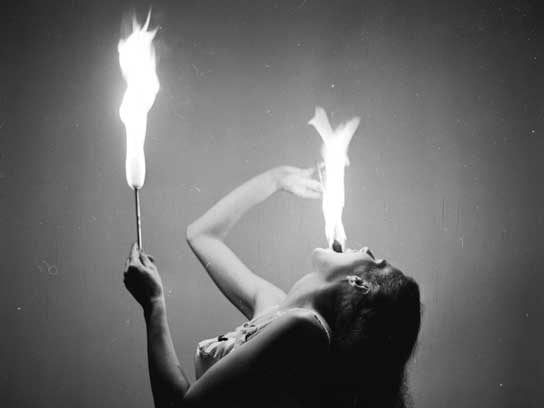 Take a special, black-and-white look at the public and private life of circus people at the beginning of the 20th century.

The circus in America

By the time circuses came to America in the 1800s the had already been very popular in Europe. The Circus of Pepin and Breschard, the very first circus in America toured down the East coast from 1800 to 1820. It traveled from Montreal, Canada, down the east coast of the U.S., and then to Havana, Cuba. In 1871, P.T. Barnum started P.T. Barnum's Grand Traveling Museum and it saw great success until his death in 1891. It then merged with ringmaster James Anthony Bailey and Barnum & Bailey's Greatest Show on Earth toured Europe. Then in 1919, Barnum & Bailey's Greatest Show on Earth was bought by the Ringling Bros. Circus and by the mid-1900s big top tent circus tours were a thing of the past and circuses began being held in permanent venues. Take a look at what some of the early circus performances in America looked like. P.T. Barnum's circus started as a museum, check out these other weird museums you never knew existed. 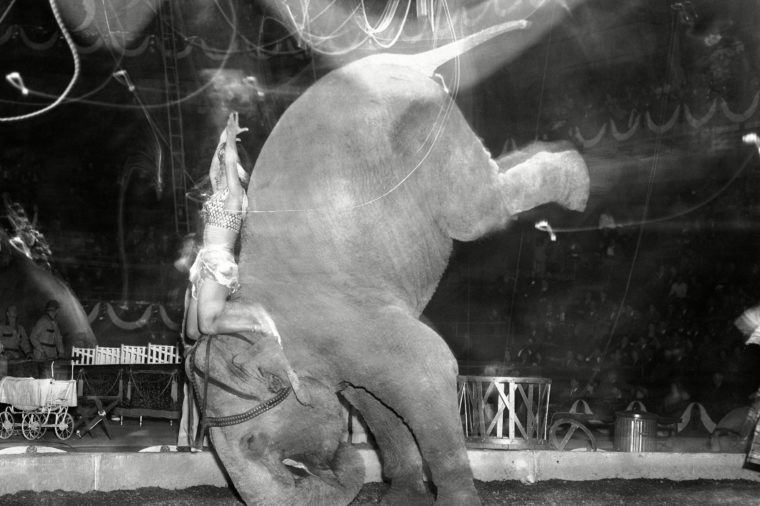 1949: A circus performer gets some assistance from her trainee.