Exercising before breakfast may be most healthful choice 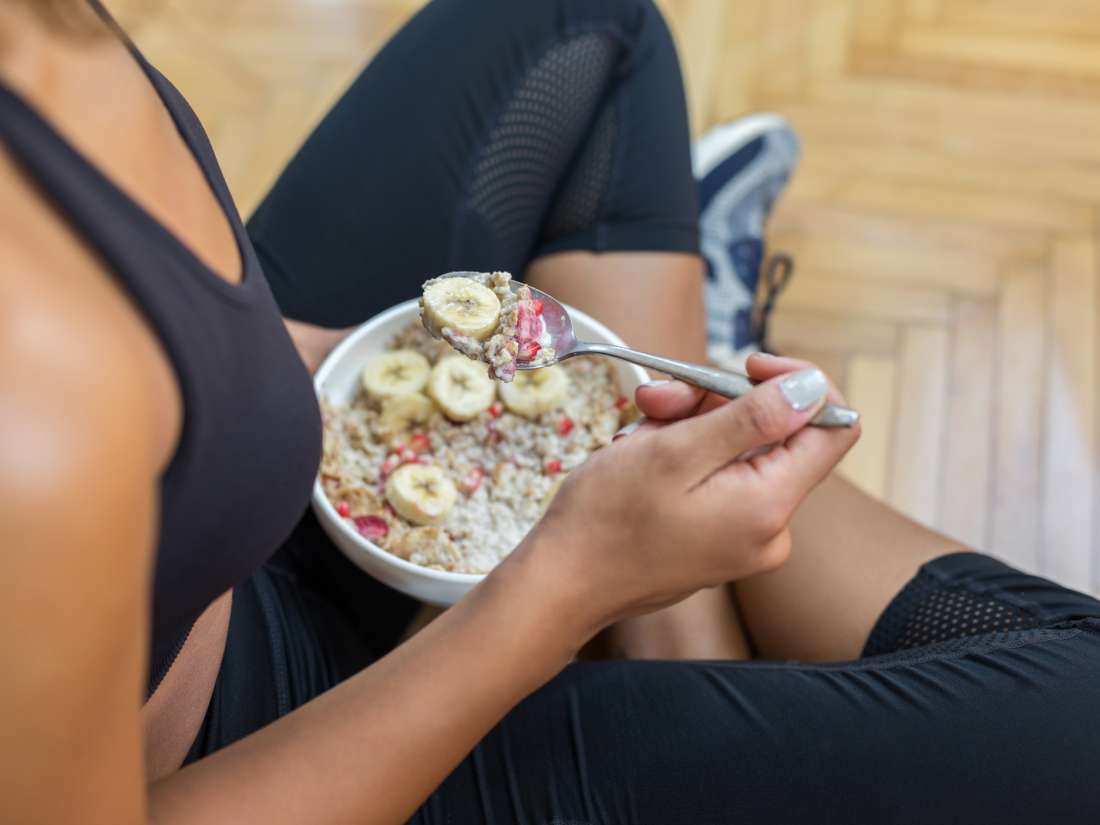 Figuring out when to exercise could be just as important as the exercise itself, according to new research on the relationship between meal times and workouts.

Some studies suggest that the effectiveness of exercise may be tied to when a person eats.

However, it is rarely possible to translate findings from studies in lean people to those with obesity.

So, scientists from the Universities of Bath and Birmingham, both in the United Kingdom, set out to see if meal and exercise timing had a similar link in people with overweight or obesity.

Having obesity and living a relatively sedentary life can lead to an increased risk of cardiovascular disease.

This is because insulin sensitivity is reduced, and hyperinsulinemia — a condition characterized by excess insulin levels — is increased.

Finding a way to prevent these insulin-related effects could potentially prove to be life-saving.

The study, which now appears in the Journal of Clinical Endocrinology and Metabolism, aimed to examine how exercising before and after eating affected muscle fat stores and insulin response. It was the first to look at this relationship in people with overweight or obesity.

The experiment, which lasted for 6 weeks, involved 30 men the researchers categorized as either overweight or obese.

The team split these men into three groups:

"Our results suggest that changing the timing of when you eat in relation to when you exercise can bring about profound and positive changes to your overall health," says Dr. Javier Gonzalez, from the University of Bath's Department for Health.

There is a simple reason for this: When people fast overnight, they have lower insulin levels during exercise, allowing their body to use up more fat.

"Importantly, while this didn't have any effect on weight loss, it did dramatically improve their overall health," notes Dr. Gonzalez.

The muscles of those who exercised before breakfast responded better to insulin, better controlling blood sugar levels in the body.

"The only difference was the timing of the food intake," he adds.

The muscles of those in the group who exercised before breakfast also exhibited bigger increases in certain proteins — especially those responsible for delivering glucose to the muscles.

Even more notable was the fact that those who ate breakfast before exercising were no better off in terms of insulin response after eating than the control group.

"This work suggests that performing exercise in the overnight-fasted state can increase the health benefits of exercise for individuals, without changing the intensity, duration, or perception of their effort," states study co-author Dr. Gareth Wallis, from the University of Birmingham.

These particular findings are sex-specific, as the researchers only worked with men. Therefore, further studies will need to replicate the conditions in women to see if they, too, benefit from exercising before breakfast.

The breakfast that the participants consumed was high in carbohydrates, so future research may also need to examine whether low carb meals produce the same effects.

Longer studies will also need to take place before researchers can form any solid conclusions.

However, fasting overnight and exercising before breakfast could be the key to increasing the effectiveness of exercise in people with overweight or obesity.

Exercising before breakfast may be most healthful choice, Source:https://www.medicalnewstoday.com/articles/326811.php