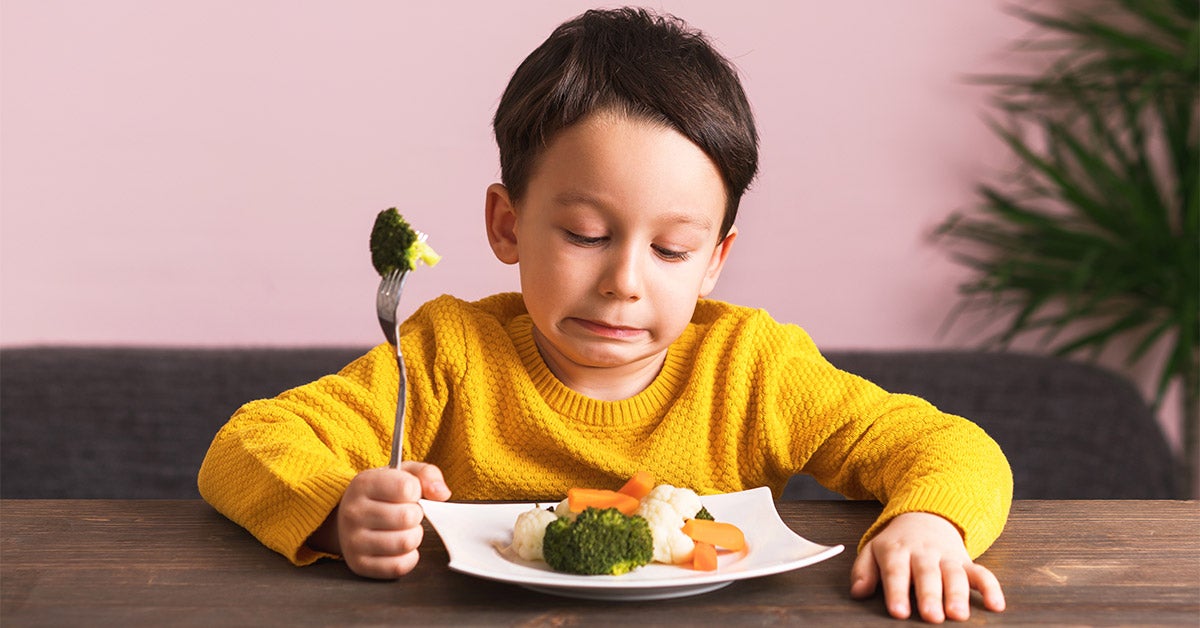 Why is it difficult for some people to eat vegetables?

Researchers at the University of Kentucky believe a certain gene makes compounds in some vegetables taste particularly bitter to some people, so they avoid nutritious, heart-healthy vegetables like broccoli, Brussels sprouts, and cabbage.

Such individuals may also have a similar sensitivity to dark chocolate, coffee, and beer, according to Jennifer L. Smith, a licensed registered nurse and postdoctoral fellow at the University of Kentucky School of Medicine and one of the authors of the preliminary study.

The study, which will be presented at the American Heart Association's Scientific Sessions in Philadelphia November 16–18, is based on some previous work that found that this genotype was associated with the types of vegetables eaten by college students.

For this study, researchers investigated the possibility that this association existed in people with two or more cardiovascular disease risk factors. Over a 3-year period, they conducted a secondary analysis of data using a sample from a previous study that investigated gene interactions in people at risk for cardiovascular disease. They analyzed food frequency questionnaires from 175 people.

The average age of the respondents was 52. More than 70 percent of them were female. They found that people with the PAV form of the gene were more than 2 1/2 times as likely to rank in the bottom half of vegetables consumed.

This study could change how doctors approach people who are advised to change their diet in order to have a healthier cardiovascular system.

"This association could influence their ability to alter their diets to meet a heart-healthy eating pattern," Smith said.

Still, Smith said more research needs to be done about the best way to encourage people to eat their vegetables.

"We hope to explore avenues that people with this gene can take to make food more palatable to them," she said. "Down the road we hope we can use genetic information to figure out which vegetables people may be better able to accept and to find out which spices appeal to supertasters (those with heightened sensitivity to taste) so we can make it easier for them to eat more vegetables."

Tonia Reinhard, a senior lecturer at Wayne State University in Detroit and course director for clinical nutrition at the university's school of medicine, said it's intriguing that the University of Kentucky researchers identified genetic regions that relate to taste that can influence one's food choices and potentially influence development of certain chronic diseases.

"Since fruits and vegetables contain numerous phytonutrients and essential nutrients that can reduce inflammation and oxidative damage — two key damaging processes linked to cardiovascular disease, cancer, diabetes, and other chronic diseases — anything that affects dietary intake of these foods can possibly influence disease development," said Reinhard, a fellow of the Academy of Nutrition and Dietetics and past president of the Michigan Academy of Nutrition and Dietetics.

She added that people should remember that human taste perception is a complex process that is affected by numerous variables.

"It is useful for individuals to try to understand their own preferences and when unhealthful, use their cognitive function to override some of those," she said.

Annie Mahon, a registered dietitian, nutritionist, and visiting lecturer in the department of kinesiology at Indiana University-Purdue University Indianapolis, called the study of genes that influence taste preferences an active area of research. She echoed concerns about the health implications of forgoing cruciferous, heart-healthy vegetables such as broccoli and cauliflower.

"These vegetables are good sources of fiber, folate, as well as vitamin C and K," Mahon said. "These nutrients are important to maintain a healthy digestive and immune system, as well as heart health."

She said options for individuals with this genotype could include cooking the vegetables.

"That may reduce the bitterness and therefore be found to have an acceptable taste," she said. "Or individuals have to find other sources of those nutrients which should be fairly easy to do since there are lots of other options."

Mahon said it is also important to remember that taste buds decrease in sensitivity as we get older.

"So just because you didn't like a fruit or vegetable when you were young doesn't mean you won't like it as you get older," she said.

Don't Like Vegetables? It May Be Your Genes, Source:https://www.healthline.com/health-news/heres-why-people-dont-like-to-eat-vegetables