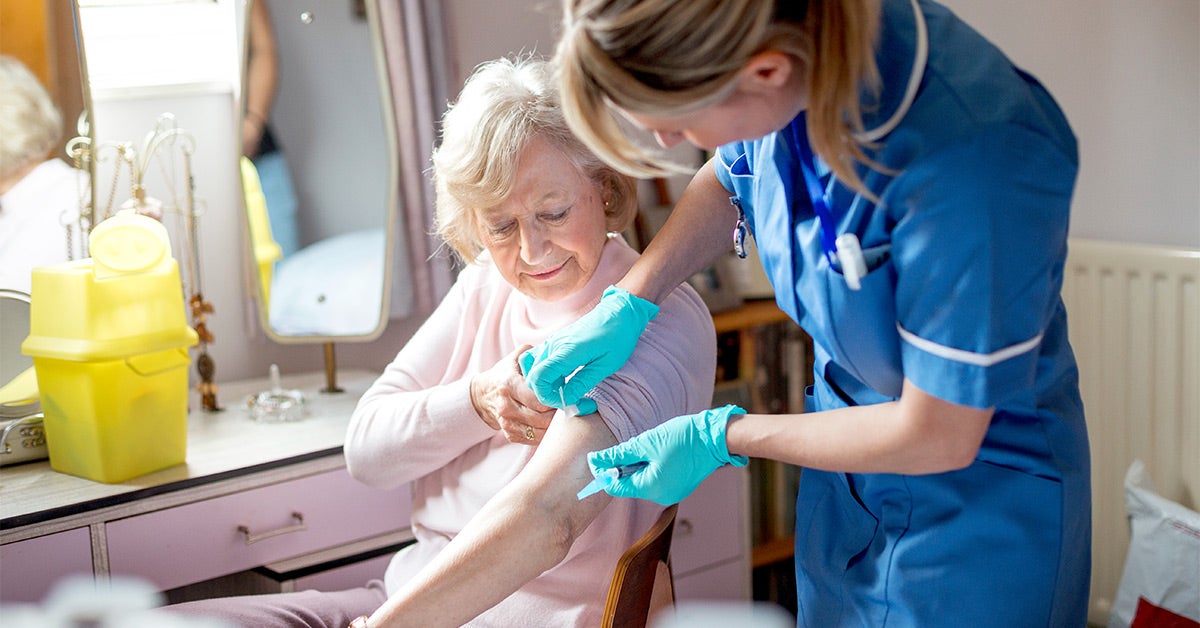 As the flu season begins across the United States, some older adults are having trouble accessing the high-dose flu vaccine designed for those over the age of 65.

The high-dose flu vaccine, called Fluzone High-Dose, is made especially for older adults. It contains four times the amount of antigen than the standard flu vaccination.

Dr. William Schaffner, an infectious disease specialist at the Vanderbilt University School of Medicine in Tennessee, says the shortages aren't widespread at this stage.

"At the moment it appears to be spot shortages, not a general shortage yet. Senior citizens are now getting more educated about the advantages of either high-dose or adjuvanted vaccine, and as they seek it out, some doctors and pharmacies will run out. But they will have to go to another pharmacy to find it," Schaffner told Healthline.

People over 65 are at a higher risk for serious complications from the flu. Experts say if an older adult is yet to be vaccinated, they should do so as soon as possible.

"If a senior can't find the high-dosage vaccine, they should take the regular vaccine now. 'Don't let the perfect be the enemy of the good,' as the old saying goes," Stephen Morse, PhD, an expert in influenza and infectious diseases at Columbia University in New York, told Healthline.

"We know the immune system usually doesn't respond as strongly in the elderly as in young adults, so they often don't fight off the infection as well," he said.

Morse notes that older adults may also be more likely to have other medical conditions that can make it easier to catch the flu or make flu symptoms stronger.

"Seniors living in nursing homes or wherever there's a high density of older people are at higher risk," Morse said.

"Seniors and people caring for them should get the flu vaccine early in the season. They should be watchful for respiratory infections and get medical attention if the illness feels worse than the ordinary flu or starts taking a sudden turn for the worse," he added.

In most flu seasons, those aged 65 and older experience the greatest burden of disease. The Centers for Disease Control and Prevention (CDC) estimates that 70 to 85 percent of flu-related deaths occur in senior citizens, as well as 50 to 70 percent of hospitalizations due to flu.

So far, there have been scattered cases of influenza across the United States.

The southern and southeastern parts of the country have seen some increases in flu activity, with Puerto Rico and Louisiana experiencing high levels of influenza-like illness. The deaths of two children have been reported to the CDC this season as well.

Schaffner attended a meeting about influenza at the CDC last week. He says authorities are closely following some unusual patterns seen so far this season.

"There's already one unusual pattern that has cropped up. Influenza B strains are usually prominent late in the season, but in the southeast part of the country, these strains are prominent early. Nobody's seen that before, and everyone's scratching their heads," he said.

In September, officials announced that 70 million doses of flu vaccine were being delayed so they could be recalibrated to match this year's strains.

However, manufacturers of the vaccine have told health officials that deliveries are now running on schedule.

"The manufacturers have assured us their delivery schedule is now on schedule or even better than it has been in the last several years," Schaffner said.

Vaccines are made by private manufacturers, who estimate that for the 2019 to 2020 flu season, there will be 162 to 169 million doses of flu vaccine available to the public.

In the past decade, experts say there's been ample supply of the vaccine with few shortages. Health experts work with the manufacturers to try to make sure enough is available across the country.

"Health authorities work with vaccine manufacturers to monitor the frequency of flu vaccine utilization by time and place," Jeffrey Klausner, MD, MPH, a professor of medicine and public health at the University of California, Los Angeles, told Healthline.

"Manufacturers can look at where vaccine is in high demand and short supply. In the presence of shortages, health authorities can prioritize recommendations for high-risk groups, such as young children, people with chronic diseases, and those over 65 years of age," he said.

Ideally, vaccination should occur before the end of October, but health authorities are still urging those who are yet to be vaccinated to get their shot as soon as possible.

"If you haven't received the flu vaccine, get it soon, because we really do anticipate that influenza will start to be substantially more active in November," Schaffner said.

"It takes 10 days to 2 weeks for the protection to develop, so now is the time to get vaccinated if you haven't done so," he added.