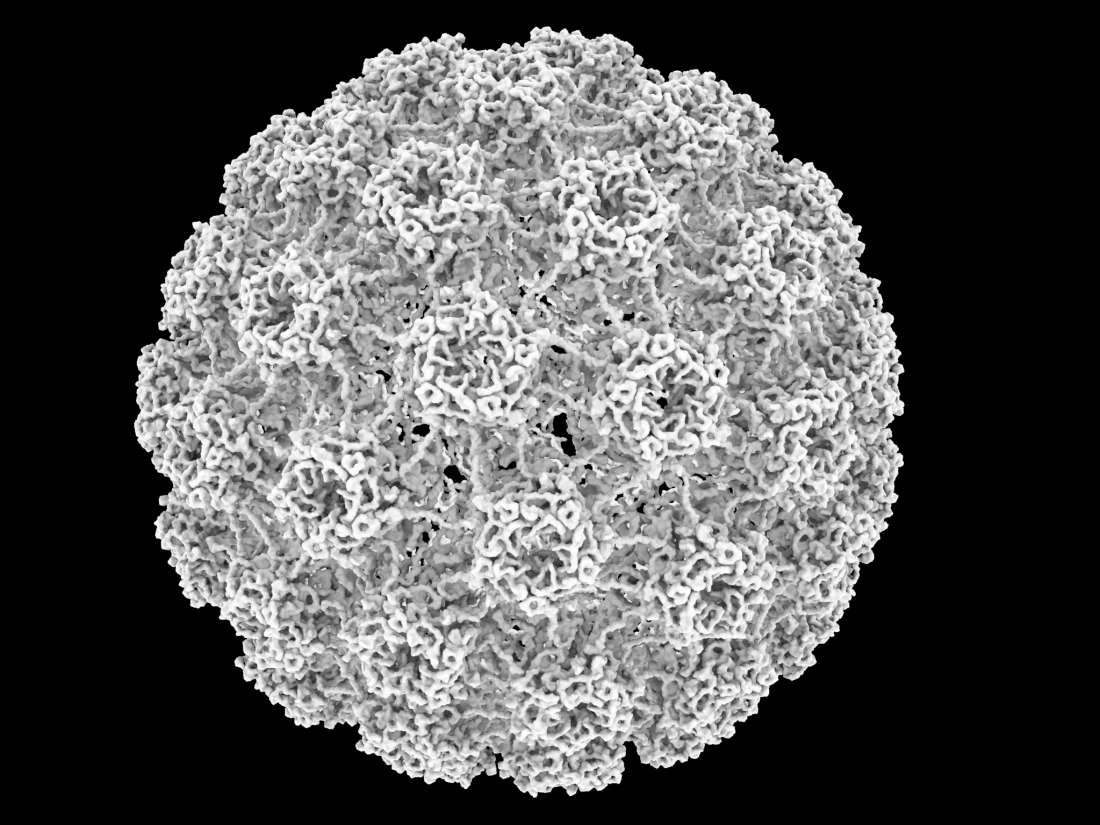 Previously, scientists have linked the presence of human papillomavirus to an increased risk of certain cancers. In a surprising twist, the latest research finds that the virus might help defend against skin cancer.

There are more than 100 strains of human papillomavirus (HPV), only a handful of which experts consider to be a risk to human health.

Scientists have linked these strains with an increased risk of certain cancers, including those of the cervix, vulva, penis, and anus.

Of the remaining strains of HPV, many are little more than harmless stowaways on our skin.

These so-called commensal viruses are the subject of scrutiny for a group of researchers at Massachusetts General Hospital in Boston.

The scientists recently published a paper in Nature, which concludes that immunity to these HPV strains may protect against skin cancer.

The role of HPV in skin cancer

The authors of the recent study were particularly interested in cutaneous squamous cell carcinoma (SCC), stating that it is the second most common type of cancer.

Ultraviolet (UV) light from the sun is the primary preventable cause of skin cancer, but from 1992 to 2012, the incidence of skin cancer in the United States doubled. Scientists are trying to uncover additional ways of lowering the risk of skin cancer.

Some scientists have theorized that HPV plays a role in SCC. This idea is based on earlier research showing that a genus of HPV called beta-HPV is present in the majority of skin cancers among people who have received an organ transplant.

Individuals belonging to this population have a weakened immune system and are, therefore, more susceptible to cancers that are linked to viral infections. To date, though, scientists have not identified how beta-HPV might increase skin cancer risk.

The authors of the most recent study wanted to investigate the role of beta-HPV in more detail. To do this, they used both animal models and human tissue.

What the scientists found turned the theory of beta-HPV's role in skin cancer on its head.

The researchers found that the body's immune response to beta-HPV is key. In their experiments, mice that demonstrated an immune response to HPV seemed to have protection from the development of SCC following carcinogenic UV or chemical exposure.

Similarly, when the researchers transplanted T cells from those mice into immunocompromised mice, the recipients also developed protection against skin cancer.

In short, it is not beta-HPV that encourages SCC in immunocompromised individuals. Instead, it is the loss of immune function that increases the risk of SCC.

According to lead author Dr. Shawn Demehri, "This is the first evidence that commensal viruses could have beneficial health effects both in experimental models and also in humans."

"The role of these commensal viruses, in this case, papillomaviruses, is to induce immunity that then is protecting patients from skin cancers."

These findings open interesting new avenues that might lead to new ways of reducing the risk of SCC. The authors write:

"T cell-based vaccines against commensal HPVs may provide an innovative approach to boost this antiviral immunity in the skin and help prevent warts and skin cancers in high risk populations."

To treat skin cancer, doctors sometimes use a type of immunotherapy called immune checkpoint blockade therapy. The authors also hope that "increasing anti-HPV immunity may improve the efficacy" of this type of treatment.

Currently, gut bacteria and the microbiome at large are receiving a great deal of attention. However, research into the virome — the sum of all the viruses living on or in our bodies — is also beginning to heat up.

As some viruses attack bacteria, thereby influencing bacterial populations, the complex interplay between the two will be difficult to unfurl.

Researchers investigating the role of viruses in human disease, and particularly in cancer, are likely to publish an increasing number of studies over the coming years.

How a virus might protect against skin cancer, Source:https://www.medicalnewstoday.com/articles/326967.php