If Walnuts Could Talk, Here’s What They Would Tell You 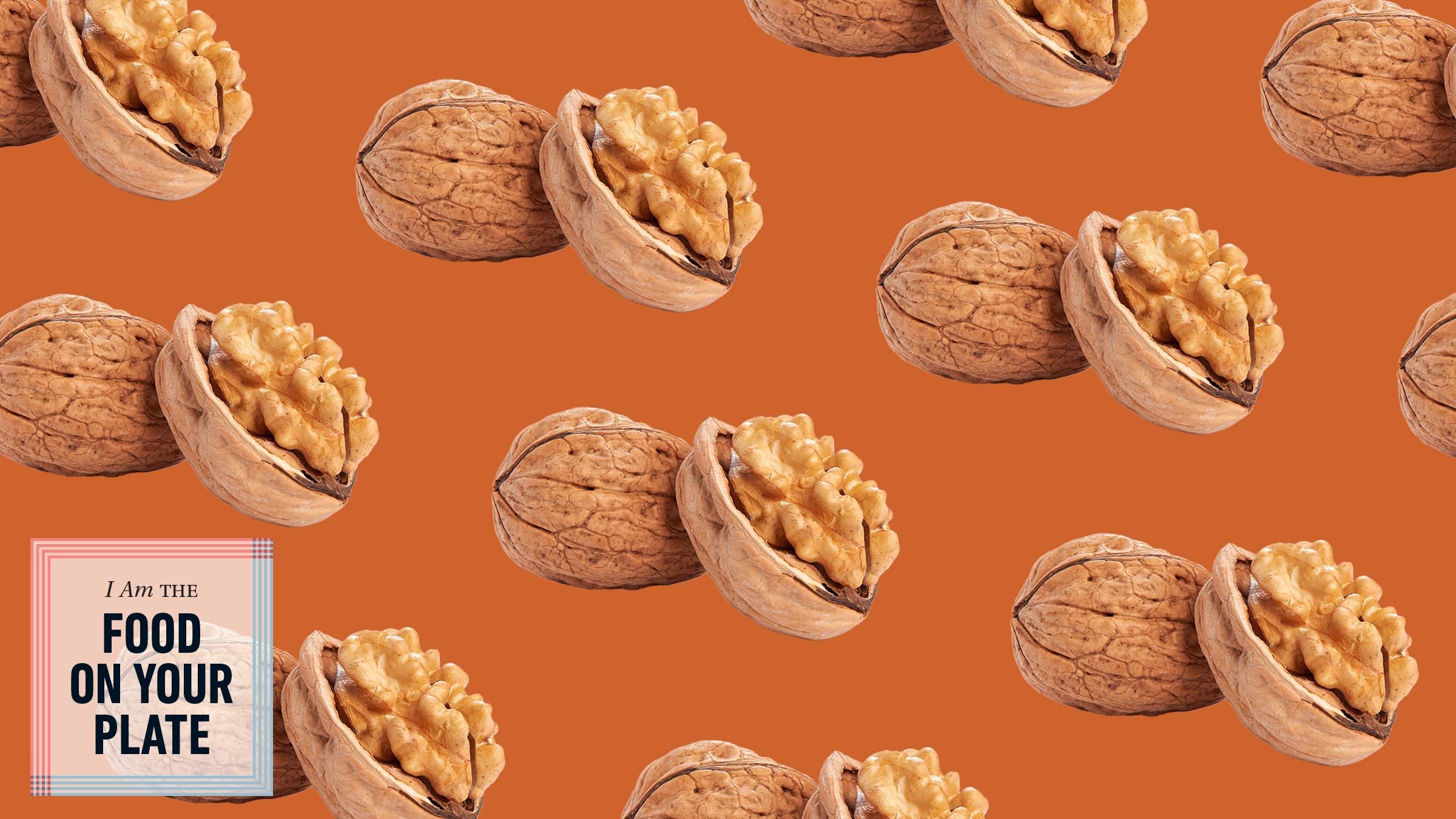 In the 16th century, a harebrained health theory circulated widely among physicians in Europe: Foods that resembled body parts, they believed, were especially beneficial for the health of those parts. A firefly for night vision, red coral to help with your blood, and little old me for the most important organ of all, the power­ful human brain.

It's true that even the most un­observant of humans couldn't miss the resemblance, with my meaty folded hemispheres tucked into a protective, skull-like shell. And in the end, misguided as their theory proved to be, those scientists got lucky about me. My plentiful poly- and mono­unsaturated fats, along with my enviably high level of omega-3s (I'm the only nut with significant amounts of them), really are essential for cognitive health.

For the record, I'm also a star when it comes to your digestion, given that I'm plenty high in fiber. But humans fell in love with me before science gave me such serious health-food cred. In America especially, my sweet, quintessentially nutty flavor and delicate texture long ago found me a place among your most delicious comfort foods, dotting your cookies and cakes, strewn atop sundaes, nestled in brittle or chocolate, and toasted in butter and coated with sugar and spices. I'm no stranger to savory indulgences, either, whether pureed into soups and pestos or sprinkled on salads. My light, buttery crunch (which is all the more delightful if you toast me until I'm fragrant) allows me to add just enough texture to a dish to make it interesting without creating a strain on your jaw. You can't say that about almonds!

Speaking of my more popular (but some might say less fabulous) colleague, you may be interested to know that neither of us are botanically nuts at all—nor are pistachios or cashews, for that matter. A nut features a seed sealed inside a hard outer shell with no flesh on the outside. Think acorns, chestnuts, and hazelnuts. However, if you were to pick me off the tree instead of off the store shelf, you'd see I am the pit inside the green, fleshy layer of my fruit. And the soft stuff you eat is actually the seed inside that pit. If you've ever cracked open a peach pit and found an almond-shaped seed inside, you'll know what I'm getting at.

As tough as my shell can get, delicate oils found within the lobes can go rancid fairly easily. If I'm bitter or lingeringly musty, then we'd best go our separate ways. If you're not going to eat me right away, put me in the fridge or even in the freezer in a well-sealed, airtight bag.
If you pick my fruit early, before the pit has fully hardened, you can do rather unexpected things. In Britain they pickle me, brining me whole in salt water and preserving me in a brown-sugar-and-spice syrup. With that I become delicate and soft; you can slice clean through me and see the seed, the proto-shell, and the rim of fruit flesh. But what's really fascinating is the color of a pickled walnut: black. That's because my clear, milky juice turns dark when it's exposed to air.

Young walnut fruits provide that same inky color to nocino, the Italian after-dinner drink made by macerating me in high-proof liquor with sugar and spices. In ancient Rome they would combine my tinted sap with leeches, ashes, and charred things to make dark hair dye. My juice was also used to make walnut ink, which Rembrandt, Leonardo, and Rubens are said to have used for some of their sketches.

The Encyclopedia of Hair will tell you that in 17th-century England, the oil expressed from my seed was used as a depilatory, thinning the eyebrows and hairlines of women when that look was in fashion. Now, inexplicably, walnut oil is touted as a baldness cure. Suffice it to say you might be better off not using me for hair-related purposes.

But you humans have found countless other applications for me, including employing my shells as an abrasive cleaning agent, used to this day. This was not always a good idea: In 1982, a U.S. Army Chinook heli­copter crashed because of walnut-shell residue that had blocked the oil jets lubricating the copter's transmission.

My favorite inedible function, though, is as an investment vehicle. The Chinese regard the finest examples of me the way you might regard jewels or fancy pottery. I can fetch wild sums of money in the East, where swirling a pair of me in your palm is said to stimulate blood circulation. Matching sets can go for more than $30,000—the larger and older I am, the more I'm worth. Think of that the next time you pop a handful of me into your mouth as a snack. 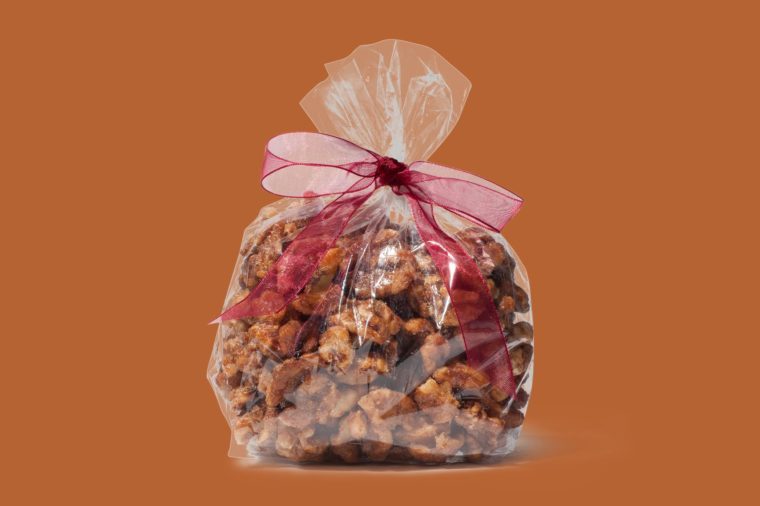 In a small bowl, stir together 1/2 cup sugar, 2 teaspoons kosher salt, 3/4 teaspoon ground cinnamon, 1/8 teaspoon ground ginger, and one large pinch each freshly grated nutmeg and ground cloves. In a separate medium bowl, whisk 1 large egg white until lightly foamy. Whisk in dry ingredients along with 1/2 teaspoon vanilla extract until a smooth batter forms. Using a rubber spatula, fold in 4 cups shelled walnut halves (about 1 pound) until evenly coated. Spread glazed walnuts in a single even layer on a greased rimmed baking sheet and bake at 300°F until nuts are lightly toasted, around 25 minutes. Let cool, stirring occasionally to prevent sticking. Break up any remaining clumps, then serve.

If Walnuts Could Talk, Here's What They Would Tell You, Source:https://www.rd.com/food/fun/if-walnuts-could-talk/