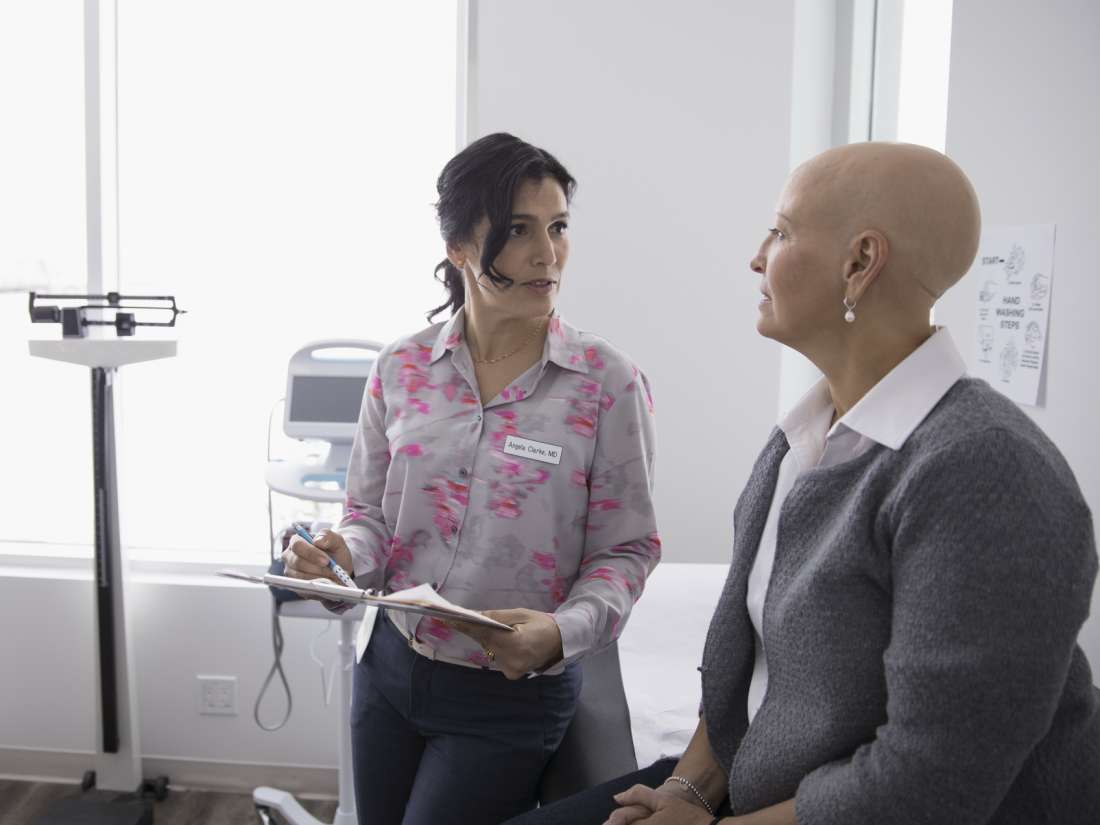 Breast cancer is the form of cancer that affects women the most often — about 2.1 million women worldwide receive a cancer diagnosis in one year, according to the World Health Organization (WHO).

Breast cancer is one of the most treatable forms of cancer, but when it metastasizes in its later stages, removing tumors becomes more difficult, which can have a significant effect on the survival rate.

Understandably, people with late stage breast cancer are interested in receiving survival rate estimates from their doctors so that they can make the most appropriate healthcare choices and plan accordingly.

"Every week in my clinic, I meet women of all ages with advanced breast cancer, and they frequently ask: 'How long have I got?' They have very practical concerns and questions that they want help with; for example, they might want to know whether they should cancel a planned holiday, whether they will be able to attend their daughter's wedding, or whether they should stop working or sell their house," notes Dr. Belinda Kiely, who is a cancer specialist at the University of Sydney in Australia.

Yesterday, Dr. Kiely spoke at the fifth International Consensus Conference for Advanced Breast Cancer in Lisbon, Portugal, presenting her findings regarding the relevance and helpfulness of cancer survival estimates for people with late stage breast cancer.

Her research suggests that the typical approach so far — presenting patients with a catch-all, single number estimate — appears to have few merits. In fact, single-number estimates regarding survival rates, says Dr. Kiely, are only accurate 20–30% of the time.

3 scenario method is a better approach

Doctors know that supplying information to people with late stage cancer is tricky because it can be difficult to provide a balanced, accurate picture of the situation.

"[Cancer specialists] may worry about how much a patient wants to know, whether it's possible to give accurate information, and how best to talk about this without destroying hope," says Dr. Kiely.

The investigator and her team wanted to find out what the best approach might be in terms of helping people with late stage breast cancer make plans for the future. To do this, they worked with 33 cancer specialists who advised 146 of these individuals about their estimated survival time.

Instead of providing a single number estimate, Dr. Kiely argues that it would be more beneficial to offer people three different, case-specific estimates.

"Providing patients with a single number estimate of the average survival time is rarely accurate and conveys no hope of a possible longer survival time. Instead, we have devised a method that helps doctors calculate the best case, worst case, and typical survival times for individual patients."

As for the typical survival time, Dr. Kiely notes that it is usually between half of the initial estimated survival time and twice this time.

Among the 146 people with breast cancer who took part in the trial, 91% reported finding the three scenario method helpful, while 88% said that the approach allowed them to plan for the future and helped them better understand the possible outcomes.

As many as 77% of the trial participants reported that they found the three scenarios either equal to or more optimistic and reassuring than they had expected. Dr. Kiely believes that this is because the three scenario approach allows individuals to prepare for the worst while still feeling able to hope for the best.

"If we tell a patient that her estimated median survival time is 6 months, that conveys no hope of a possible longer survival, even though she has a 50% chance of living longer," says the specialist.

"On the other hand," she points out, "providing three scenarios helps patients prepare for the possible worst case and, at the same time, hope for the possible best case. This is more helpful for patients making plans and decisions for the future."

Dr. Kiely and team are now encouraging other colleagues from the medical profession to consider using this approach when advising their patients with late stage breast cancer.

The conference chair, Dr. Fatima Cardoso from the Champalimaud Clinical Centre in Lisbon — who did not contribute to this clinical trial — also notes that according to available research, "patients who discuss [survival estimates] with their doctor have better quality of life, are less likely to undergo aggressive end-of-life resuscitation, and are less likely to die in the hospital."

However, she adds that "at the moment, we also know that many patients are not having these conversations."

"Most patients with advanced cancer want some information about how long they are likely to live, although many say they find it difficult to ask this question," says Dr. Cardoso.

"The onus is on us as oncologists to start such conversations with our patients. This tool for calculating and sharing the three scenarios gives doctors the help they need to communicate with patients in a realistic and helpful way," she comments.