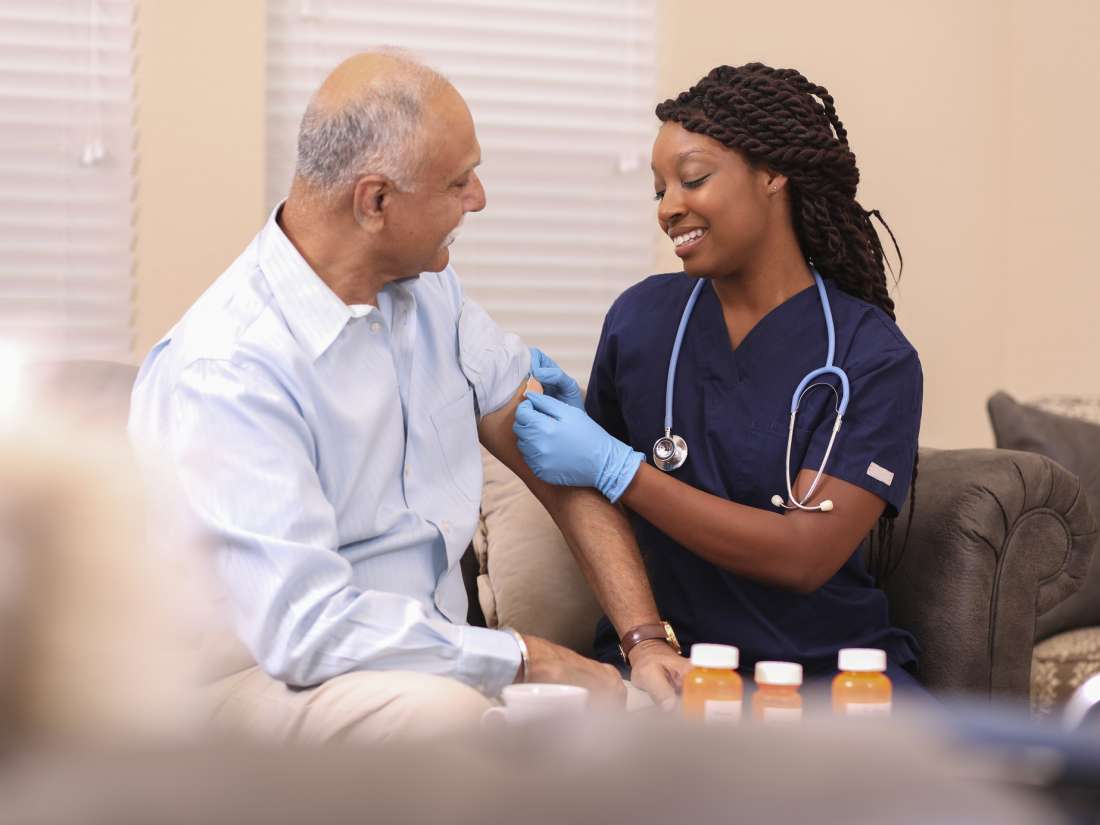 The results of a new study suggest that a single injection of an antibody called etokimab may halt peanut allergy for at least 2 weeks.

Of the 15 participants with severe peanut allergy who took part in the small trial, 11 were able to eat about a nut's worth of peanut protein 15 days after the injection, with no allergic reaction.

Investigators at Stanford University in California carried out the trial. A recent JCI Insight paper gives a full account of their findings.

According to the team, the proof of concept study offers early evidence that the single antibody injection is safe and effective and ready for further testing in more extensive trials.

"What's great about this treatment as an option for food allergies," says senior study author Dr. Kari C. Nadeau, professor of both medicine and pediatrics at Stanford, "is that people did not have to eat the food to get desensitized."

The antibody injection could be a much needed, faster-acting alternative to oral immunotherapy.

With oral immunotherapy, people have to consume gradually increasing doses of the food that triggers their allergic reaction.

This method of desensitization, which requires clinical supervision at each dose, can take 6-12 months and carries the risk of an allergic reaction during that time.

Dr. Nadeau and colleagues explain that while the antibody treatment is still at the experimental stage, they hope that eventually, it will work for many food allergies and also for other allergic diseases.

A person has an allergic reaction when their immune system responds in an extreme way to allergens that are usually harmless to others.

Pollen and certain foods are the most common causes of allergic reactions. The reactions are not usually severe, but when they are, they can develop rapidly into anaphylaxis, which can be life threatening.

However, in their study paper, Dr. Nadeau and colleagues cite recent research that puts these figures at 8% and 11%, respectively, with peanut allergy affecting 1–3% of the population and "associated with increased risk of severe anaphylactic reactions."

Etokimab works by interfering with interleukin-33 (IL-33), an immune system protein that has a significant role in health and disease.

IL-33 sets off a series of immune responses that result in allergic reactions. In people with allergies, it triggers antibodies called immunoglobulin E (IgE).

These reactions typically give rise to symptoms such as itchiness in the mouth and throat, difficulty breathing, and potentially fatal anaphylactic shock.

The study results and next step

For the new study, the team "conducted a multicenter, randomized, double-blind, placebo-controlled phase 2a clinical trial in adults with peanut allergy."

After 15 days, all participants tried consuming a small amount of peanut protein under clinical supervision.

Of those who received etokimab, 11 (73%) were able to eat 275 milligrams (mg) – or about one nut's worth – of peanut protein without experiencing an allergic reaction. None of the participants who received placebo were able to do this.

On day 45 of the trial, only some of the participants retook the peanut protein test. The authors explain that this was because "day 45 was part of the follow-up phase, [and] only a few participants returned to try to complete the day 45 food challenge."

At that point, 4 out of the 7 people (57%) in the etokimab group who took the food challenge passed, while again, nobody in the placebo group was able to.

Other tests on day 15 also showed that participants in the etokimab group had less peanut-specific IgE antibodies and other immune markers in their blood than the placebo group. These results suggest that etokimab may alter a person's immune profile to one that produces a less allergic response.

None of the participants reported experiencing severe side effects during the trial.

"By inhibiting IL-33, we potentially inhibit features of all allergies, which is promising," Dr. Nadeau observes.

She and her colleagues say that the next stage should be to carry out larger and longer studies – with varying doses of etokimab – in people with food allergies.

"We were surprised how long the effects of the treatment lasted."