Through my eyes: Living with an invisible illness 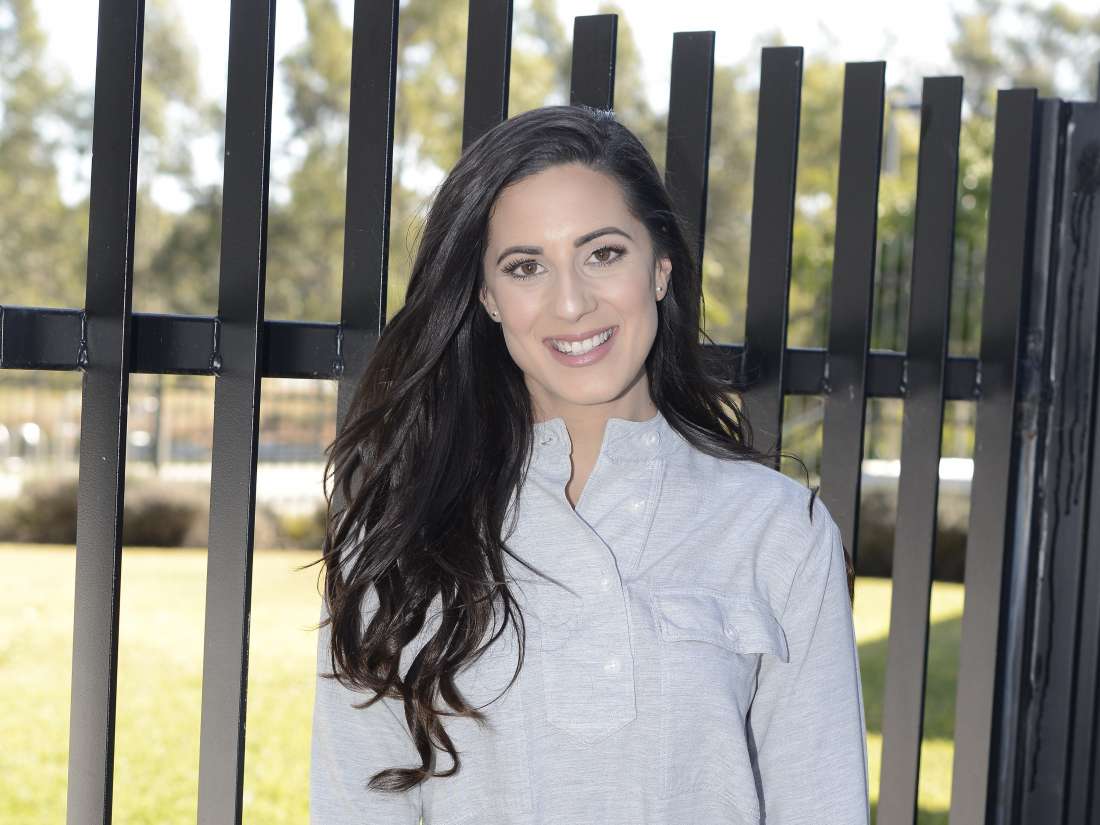 I was a fit, healthy, and active 26-year-old woman on the adventure of a lifetime: being paid to work with a family in New York. However, my life was turned upside down when I was forced to return home to Australia after just 6 weeks.

I'd become extremely unwell and ended up spending 1 month in the hospital with a mystery illness upon my return.

I was unable to stand up or walk, and I had persistent dizziness, nausea, severe brain fog, chronic fatigue, migraine, and fainting.

The doctors ordered a "tilt-table" test, during which I was strapped to a bed and tilted at various angles while machines monitored my blood pressure and oxygen levels, among other things.

I eventually passed out. My body was paralyzed, and it felt as though my brain was telling my body to respond to the doctor's instructions. But I wasn't responding. I started praying.

Five other doctors and nurses rushed in and assured me that everything was going to be OK.

Shortly after, however, they diagnosed postural orthostatic tachycardia syndrome (PoTS). I was one of the lucky ones to actually receive a diagnosis, as PoTS can go undiagnosed for many years.

PoTS is a condition affecting the autonomic nervous system, where miscommunication occurs between the parasympathetic and sympathetic nervous system. These systems make up the vagus nerve, which is the main nerve from the brain to the rest of the body.

Essentially, it prevents the body from regulating the "fight-or-flight" and "rest-and-digest" functions, which can sometimes lead to a lack of blood flow to the heart or brain.

Impact on my life

My life changed completely. I went from being an independent, fit, and active person to feeling as though a truck had hit me every day. Tachycardia (a very high heart rate), dizziness, migraine, and nausea were constant, and standing upright felt like a whole new thing to my body and brain.

The first few days of this condition were the hardest, and accepting it was the true test.

But I had to accept that my body wasn't capable of doing the things it was able to before. I had to mentally reprogram my brain to understand that, and to learn to take every day as it came.

Most studies into PoTS suggest that lifestyle changes and time can help improve the condition, but there is no known cure. My daily life would consist of moving (if I could) from the bed to the couch and back again, while dealing with tachycardia, nausea, dizziness, migraine, hot flashes, presyncope, and brain fog in various combinations.

I was [taking] medication to lower my heart rate, antinausea tablets, dizziness tablets, and car sickness medication, all in an attempt to reduce my symptoms. This couldn't be it, I thought to myself. There had to be an alternative.

I started researching the condition, learning my triggers, understanding more about my body, and trying to help myself through the daily symptoms in any way that I could.

I had a mission I needed to complete and goals I wanted to reach, and I wasn't going to let anything stop me.

I researched autoimmune nutrition protocols and changed to a paleo diet, and then to plant-based diet. I cut out sugar, starch, and wheat and moved to an organic and alkaline regimen, which was a huge turnaround for me.

I started undergoing regular acupuncture to increase oxygen and blood flow, which would also reduce my migraine, nausea, and dizziness. I also began practicing recuperative Iyengar yoga, conditioning my muscles and allowing my body to start relearning how to be upright again without fainting.

I also had to learn to push myself out of my comfort zone, knowing that only then could I start making progress.

Simple tasks such as walking to the end of my driveway to collect the mail became small wins, and as I slowly started venturing out, I realized that I had developed anxiety about having an episode in public, which would further trigger my symptoms.

This anxiety seemed to mimic my PoTS symptoms, and vice versa, so getting professional help to differentiate between the two and work through it was a huge step forward for me.

I started to focus on the fact that everything would be OK regardless of the worst-case scenario.

Also, I found that being prepared for an episode helped me start ticking off some goals and regaining some normality in parts of my life. For example, I started carrying foods and electrolytes with me, wearing a heart rate monitor, taking ginger chews and tablets for nausea, and making sure I wasn't overexerting myself.

Living with an 'invisible illness'

For mental stimulation, I decided to enrol in a Master of Teaching course (specializing in early childhood) just a few months after receiving my diagnosis.

The hardest part about this condition, and any form of dysautonomia, is that it is an "invisible illness." In fact, I've lost count of how many times someone has said, "You look good though, you don't look sick".

We are always taught to never judge a book by its cover, and how true did this now ring to me.

University life is hard and can be full-on for the healthiest of people, let alone those battling a chronic illness. I navigated university life by taking it slow, enrolling part-time, and making sure to utilize all of the support services available for students. I also had the support of my family and friends to drive me to classes, which was essential, as the condition has limited my driving confidence.

I educated all of my professors about my condition, including what to expect — such as needing to eat or drink in class to raise my blood pressure — and that if they found me lying at the back of the class with my legs up against the wall, they shouldn't be alarmed.

I think educating, communicating, and asking for help were all things I never felt comfortable doing, but things I learned I needed to do. It was usually me doing the helping, but now the tables had turned.

Advocating for my rights was also something I had to learn, especially with PoTS being an invisible illness. I asked for deadline extensions, communicated flare-ups, and negotiated internship periods to better suit my condition. This ensured that I wasn't physically restricted by my body.

All of this was necessary to showcase my capability as a teacher, regardless of my illness.

I graduated with a Master of Teaching in Early Childhood, with the highest award for academic excellence and an offer to complete a Ph.D.

Meanwhile, I had a dream to open a preschool specializing in the Montessori method of education. I had already tendered my resignation as a Montessori teacher before my trip to New York, and I had decided that it was time to open my own school.

Upon my return to Australia, even while in the hospital, this dream was still alive and the logo was being worked on. I was thinking about how to run parent-toddler programs and a preschool when I couldn't even stand up for very long!

Around 7 months after my diagnosis and in the first year of my master's degree, I decided to find a home that I could part-convert into a school, and this is where I started "My Montessori."

It was perfect: I didn't have to drive to work, I could work the hours and days that suited me to start with, and I was in my ultimate comfort zone in case of a flare-up.

Now, 6 years later, I run the school Monday to Friday, with 42 families currently enrolled. We've had over 150 families come through the school, won numerous awards for excellence in education and innovation, appeared in the media, and even partnered with government agencies and the Department of Education.

Over time, as I continued to regain my health, I have been able to do more and more — and now nothing will stop me.

I currently manage my symptoms fairly well. That said, after returning from a treatment center in Perth, I now know that I need to work on training my heart rate variability — that is, the response of the heartbeat to stress — to optimize its function and regain control over my parasympathetic and sympathetic nervous systems.

Regarding life itself, my passion and mission to help raise future generations is going full steam ahead. My Montessori is thriving, so much so that we need to find bigger premises; we are bursting at the seams!

As if one business isn't enough to manage with a chronic condition, I also started Guide & Grow, which is all about training and educating parents and educators in guiding children's behavior and helping them develop life skills. The course is accredited by the New South Wales Education Standards Authority.

Guide & Grow also has a YouTube channel called Guide & Grow TV, and the Facebook group I started 5 months ago already has over 31,000 members internationally.

Anything is possible when you put your mind to it. Nothing is out of reach; you just have to keep working to achieve your goals and dreams, making a few adjustments along the way.

Life is a journey: We are constantly learning, and through every hardship come the biggest blessings.

Through my eyes: Living with an invisible illness, Source:https://www.medicalnewstoday.com/articles/327155.php