Why Professional Chefs Never Touch the Defrost Button on Microwaves 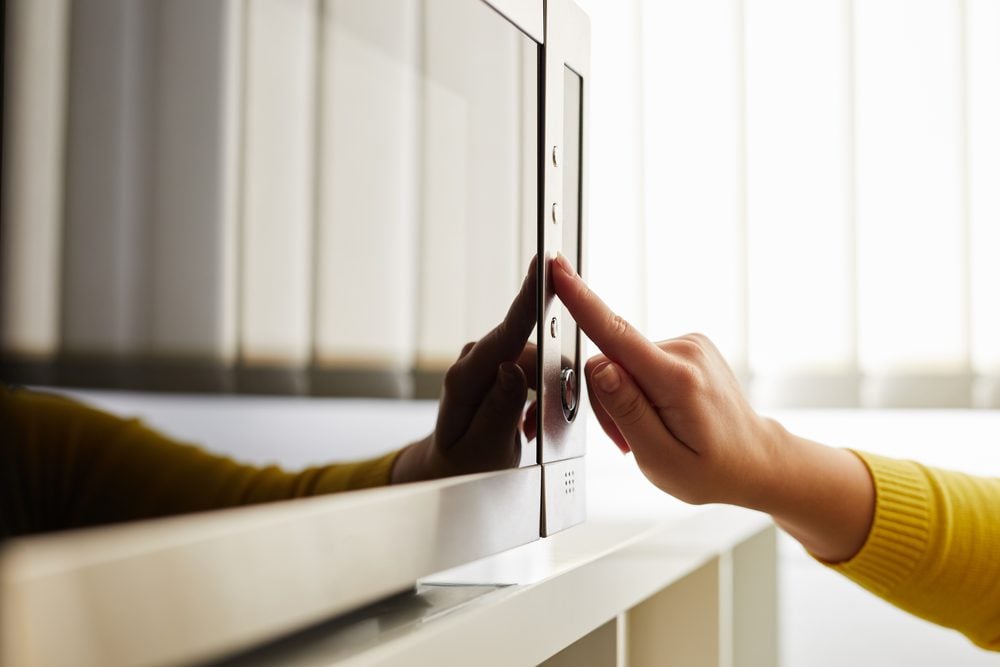 The microwave does have its limits.

For many households, the microwave is a kitchen staple, and it's one people might use more than they care to admit. It can be a life-saver when you're busy, as well as your best friend when you just don't feel like cooking. Even though you may feel a twinge of guilt for using the microwave, there's really no reason to—even professional chefs use it to cook some things. But chefs can agree that there's one button they never, ever use—"Defrost."

"Even when I'm desperate, I never turn to the microwave for this function," says Kristy Bernardo, chef and author of four cookbooks, including The Big Book of Instant Pot Recipes and the upcoming Weeknight Keto.

So what's so bad about this button? The defrost button is basically too good to be true. And it kind of does what it's supposed to do…but not nearly as well as it could, and, according to the chefs we spoke to, not well enough. "The general idea is to operate the microwave on less power to allow the item to thaw," says Chef Rachel "Curl" Ardee, a chef and blogger with her own seasoning brand. But instead, she says, "'defrost' may also start to 'cook' the item a little on the outside or edges while trying to warm [it] from the outside in."

And, in addition to pre-cooking the edges of the food, this feature of the defrost button can also leave the middle of it still frozen. And not only is this, well, not actually defrosted, this also "makes cooking the meat much more difficult," says Bernardo.

So how to defrost sans microwave? Well, the old-fashioned ways. Put your meal-to-be in the refrigerator overnight, or you can do what Chef Ardee does: Put the meat, wrapped up or in a bag, in a bowl of water. "Using a bowl and some water to thaw is a much better option for me," she says, and it's a bit faster than waiting for it to defrost fully on its own. (Just make sure it's cool water; using warm water can cause bacteria to form!) Yes, defrosting like this is more time-consuming, but probably worth it.

So, bottom line: The speedy convenience of the microwave is not the solution for everything. And while the "defrost" button is the one feature that chefs definitely avoid, there are also plenty of other ways you're probably using your microwave wrong.