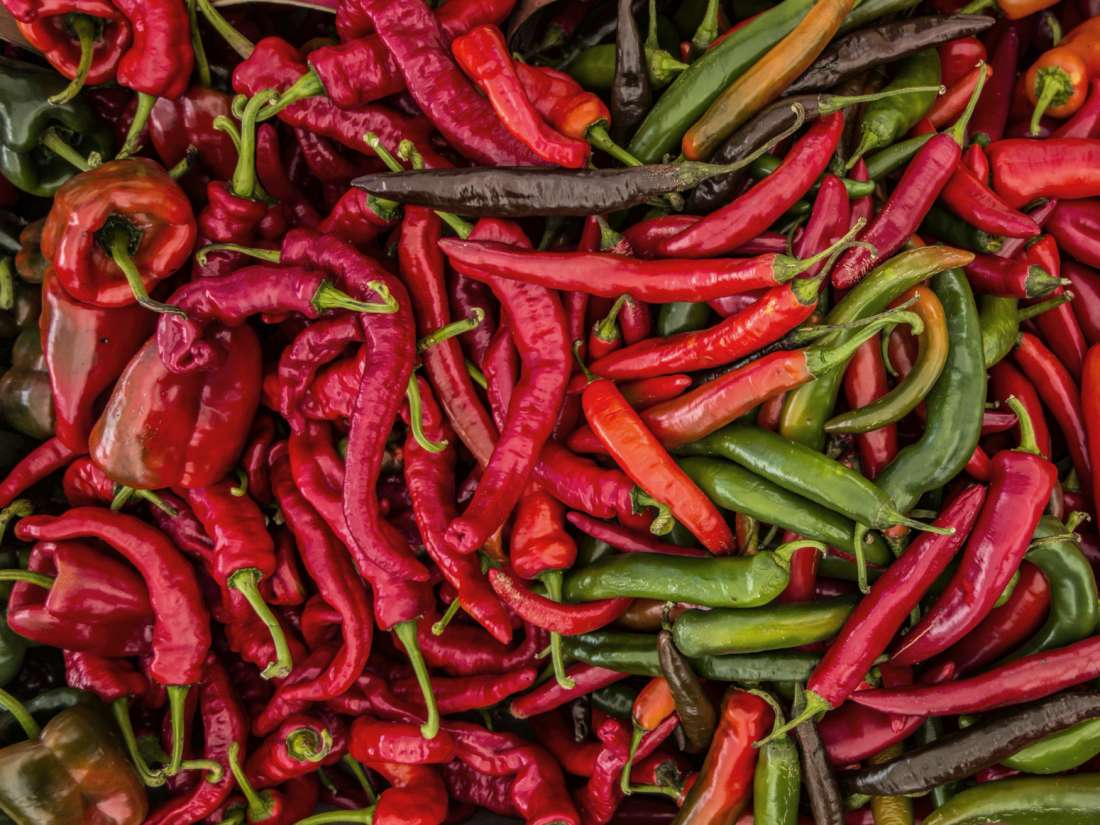 According to a recent study, people who regularly consume chili peppers have a reduced mortality risk compared with those who never eat chilis.

Chili peppers are now a global phenomenon. From Cambodia to California, and from Birmingham, Alabama to Birmingham, United Kingdom, spicy food is ubiquitous.

Throughout history, cultures have associated various health benefits with eating chili peppers. However, as one of the authors of the recent study, Prof. Licia Iacoviello, explains, many of these beneficial properties have been ascribed "mostly on the basis of anecdotes or traditions, if not magic."

In more recent times, scientists have focused on capsaicin, the compound that gives chili their unmistakable punch. According to the authors of the latest study, capsaicin "has been observed to favorably improve cardiovascular function and metabolic regulation in experimental and population studies."

Other researchers have concluded that capsaicin might be useful in the fight against neuropathic pain, arthritis, gastrointestinal disorders, and even cancer.

Chilis on a population level

Although interest is mounting, only a few studies have investigated the impact of regularly eating chilis on overall health and mortality.

The authors, from the Mediterranean Neurological Institute in Italy, mention two population studies designed to answer this question. One took place in China, and the other in the United States. Both reported lower mortality risk in the individuals who consumed the most chili peppers.

In this recent study, the authors set out to confirm or deny these earlier findings in a European population. Also, by analyzing cardiovascular disease biomarkers, such as lipid levels in the blood, they hoped to identify how chili peppers might reduce mortality risk.

To investigate, they took data from the Molisani study; this data set includes 24,325 men and women living in Molise, Italy. After excluding individuals with missing data, 22,811 people took part.

They published their findings in the Journal of the American College of Cardiology.

All participants were over 35 years of age, and researchers followed them for an average of 8.2 years. During this time, the researchers captured information about the 1,236 participants who died during the study.

The scientists also had access to information about other factors that can influence health outcomes, including medical history, leisure-time physical activity, smoking status, alcohol intake, and socioeconomic data.

Each participant completed a questionnaire about their dietary habits during the year before enrollment in the study, including questions about chili peppers.

"In a model adjusted only for age, sex, and energy intake, regular consumption [4 or more times each week] of chili pepper was associated with 23% lower risk of all-cause mortality, as opposed to none/rare intake, and results remained substantially unchanged in the fully adjusted model."

When considering heart disease, the authors found that regular consumers of chili peppers had a 34% lower risk of cardiovascular mortality than those who rarely consumed chili peppers.

The beneficial effect was most pronounced in cerebrovascular-related deaths and ischemic heart disease.

When they investigated cancer mortality, they found that although chili peppers were associated with a drop in risk, it did not reach statistical significance.

The authors analyzed deaths caused by anything other than cancer and cardiovascular disease. Here, too, chili peppers seemed to provide a benefit. The authors write that "regular intakes were associated with [a] lower risk of other causes of mortality."

Interestingly, when the scientists controlled for diet quality, it did not influence the findings.

"[P]rotection from mortality risk was independent of the type of diet people followed. In other words, someone can follow the healthy Mediterranean diet; someone else can eat less healthily, but, for all of them, chili pepper has a protective effect."

Surprisingly, given the conclusions of the study, those who ate the most chilis were also more likely to have diabetes and hypertension, higher levels of blood lipids, and a higher BMI, compared with those who rarely ate chilis.

How chili peppers might benefit health is still up for debate, though. Some scientists have theorized that, because capsaicin might aid weight loss, this could explain the benefits. However, in this study population, the group that consumed the most chilis had a higher average BMI.

Limitations and the future

Although the study echoes the findings of two extensive studies carried out in the U.S. and China and involved a large pool of participants, the authors do recognize some limitations. First and foremost, this was an observational study, meaning that it is difficult to tease apart cause and effect. In these studies, it is always possible that other factors that researchers did not measure influenced the results.

They also note that although the overall number of participants was high, the number of deaths in each category was relatively low. As an example, there were only 173 cancer-related deaths in the group that rarely ate chilis.

Also, dietary information was only collected once at the beginning of the trial. People's diets change over time; this is an issue that plagues research into health and nutrition.

In this study, the top category of chili consumption included those who ate hot chilis four or more times each week. In follow up work, it would be interesting to see if the effect differed in individuals who ate chilis once or twice each day.

Overall, the authors conclude that "[r]egular consumption of chili peppers is associated with [a] lower risk of total and [cardiovascular disease] mortality." The evidence that chilis might benefit health is mounting; the next step will be to understand how.