Even 'dead,' this probiotic may be effective against inflammation 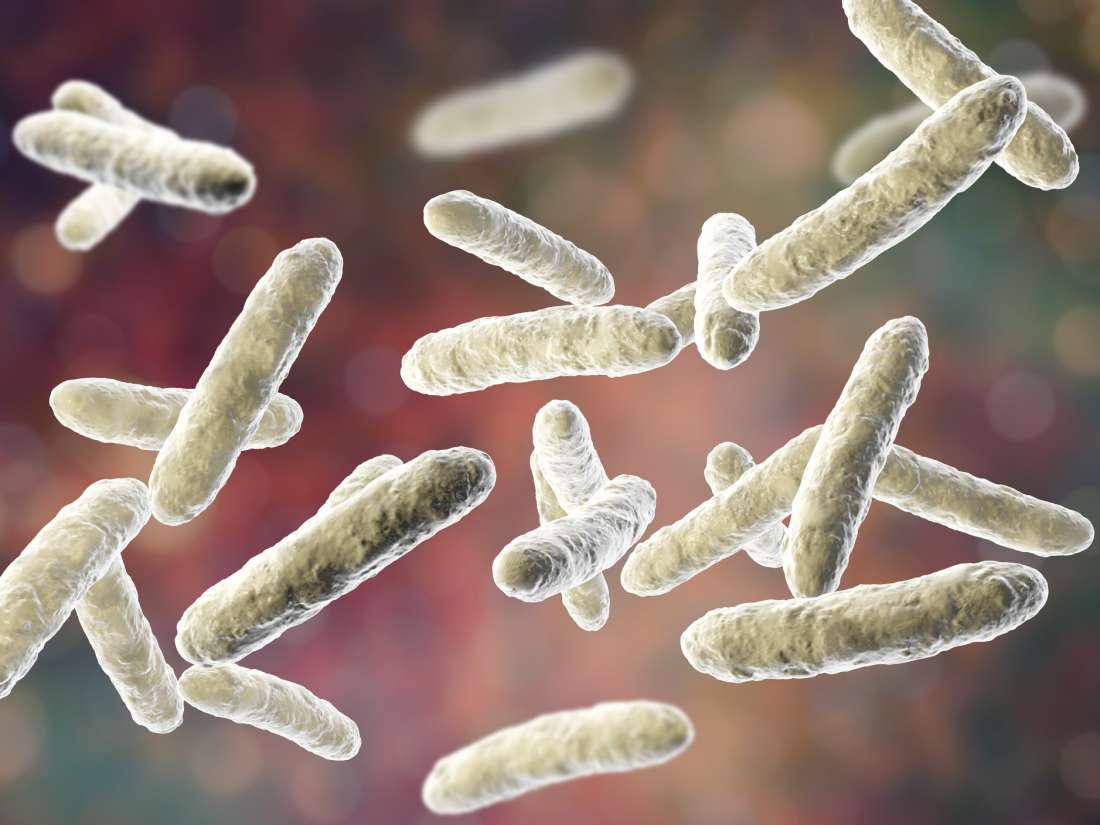 New research using roundworms and mice has shown that one probiotic of human origin does not have to be alive to reduce markers of inflammation and promote health.

Probiotics are usually live, active bacteria that interact with the gut flora — the bacteria already present in the gut.

Nutritionists and other health specialists have found that probiotics can offer many health benefits when people ingest them in the right amounts. These benefits include rebalancing the population of bacteria in the gut, aiding digestion, and improving symptoms of gastrointestinal conditions, such as irritable bowel syndrome.

Increasingly, research is showing that inactivated — or "dead" — probiotic bacteria may also offer a host of benefits. Yet, since the definition of probiotics refers to "live microorganisms," many scientists argue that "dead" or inactivated bacteria do not qualify as probiotics, and some propose a different name for them: paraprobiotics.

Some specialists also argue that while medical authorities regulate probiotics as dietary supplements, inactivated probiotic bacteria would fit more under the class of drugs, and they should be regulated as such.

Be that as it may, the notion that some probiotic bacteria may be effective, even once inactivated, has stirred the interest of researchers ever looking for ways of improving people's well-being.

Now, a new study from the Wake Forest School of Medicine in Winston-Salem, NC has tested the potential for health of an inactivated strain of human-derived Lactobacillus paracasei (D3-5).

In the study paper — which appears in the journal GeroScience — the authors report finding that, even after inactivation, L. paracasei demonstrated effectiveness by extending lifespan in roundworm experiments, and it also reduced inflammation and improved cognitive function in elderly mice.

The investigators started their research by testing eight different strains of inactivated probiotics in Caenorhabditis elegans, a roundworm with a short lifespan of approximately 11–20 days.

They found that one strain of L. paracasei actually extended the lifespans of the worms they gave it to, and this observation applied even to the bacteria that the researchers had inactivated with heat.

Going forward, the team decided to test the inactivated L. paracasei strain in elderly mouse models, meaning to emulate the health condition of older humans who are naturally more exposed to metabolic dysregulations and, as recent research has suggested, to leaky gut syndrome.

However, as we grow older, this barrier becomes increasingly permeable, allowing leakages to occur more easily, and eventually leading to the occurrence of generalized, low level inflammation. This is, in itself, a risk factor for other conditions, including diabetes, obesity, as well as cardiovascular and cognitive problems.

"We know that probiotics are instrumental in maintaining a healthy gut and preventing leakage, but there isn't much data available to pinpoint which ones work and which ones don't," notes lead researcher Hariom Yadav, Ph.D.

"Determining the strain that is most effective at reducing leaky gut and inflammation would help us target more effective strategies to address the problem, and help explain why probiotics work for some people but not others," he continues.

'Potential to be more stable'

The key ingredient that yielded these positive effects was lipoteichoic acid, a primary component of the cell wall of the bacteria in the strain that the investigators used.

These findings, the team argues, may help devise better strategies for the maintenance of health and for reducing the risk of disease later in life.

"Not only did we determine which probiotic strain was the most effective in preventing leaky gut and inflammation, we also showed that the dead version of that probiotic had the same benefits," says Yadav.

"This is the first-of-its-kind study to show that a component (lipoteichoic acid) from the cell wall of a dead probiotic induced changes in the gut microbiome and mucin production, thereby reducing leaky gut and inflammation in elderly mice," he adds.

"We think our findings could be very useful to the food and supplement industries because dead probiotics have the potential to be more stable and have a longer shelf life than live probiotics."

At present, Yadav has completed a provisional patent application for L. paracasei (D3-5) and is awaiting the result.

Even 'dead,' this probiotic may be effective against inflammation, Source:https://www.medicalnewstoday.com/articles/327276.php