How many head and neck injuries does cell phone use cause? 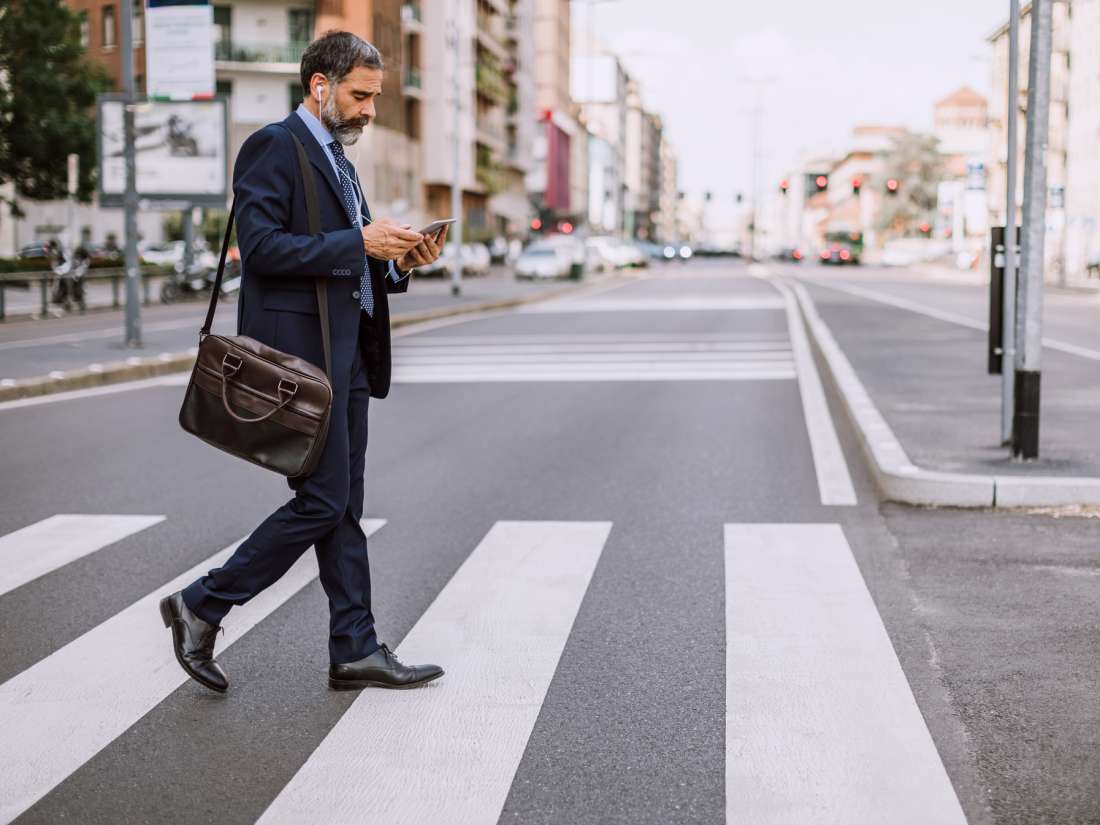 Some have dubbed texting "the new drunk driving" — and for good reason. New research suggests that texting while walking can also be dangerous, as it rounds up all the head and neck injuries that occurred due to cell phone use over a 20 year period.

According to the United States Department of Transportation, distracted driving led to 3,166 deaths in 2017.

Of these deaths, 599 affected pedestrians, cyclists, and others who were not behind the wheel of a car at the time of the accident.

Although distracted driving includes more than just texting, "dialing or text messaging on [a] cell phone or any wireless email device" was responsible for 401 fatal crashes in 2017.

However, texting while driving is not the only way in which cell phone use can be distracting and potentially dangerous.

Texting while walking can also lead to accidents, and with 96% of people in the U.S. owning a smartphone, researchers set out to ask what percentage of head and neck injuries are attributable to cell phone use.

Roman Povolotskiy — from the Department of Otolaryngology-Head & Neck Surgery at Rutgers New Jersey Medical School in Newark — is the first author of a new paper that investigates this.

Its results appear in the journal JAMA Otolaryngology-Head & Neck Surgery.

Povolotskiy and colleagues analyzed 20 years' worth of data, examining the records of emergency department visits due to head and neck injuries.

Specifically, they looked at emergency department visits between January 1998 and December 2017 to examine "the incidence, types, and mechanisms of head and neck injuries associated with cell phone use."

The study was retrospective cross-sectional, and the researchers used national databases.

During the study period, they found that 2,501 people aged 13–29 presented at the emergency department with head and neck injuries related to cell phone use. Based on these data, the researchers estimated a national total of 76,043 people with similar injuries.

People aged 13–29 years were most at risk of these injuries.

"Cell phone-related injuries to the head and neck have increased steeply over the recent 20 year period, with many cases resulting from distraction," explain the study authors.

"Although the disposition of most cases is simple, some injuries bear a risk of long-term complications," they add.

The researchers hope that their findings contribute to public health strategies for prevention regarding cell phone use, particularly among young people. Povolotskiy and colleagues say:

"Many of these injuries occurred among those aged 13 to 29 years and were associated with common activities, such as texting while walking. These findings suggest a need for patient education about injury prevention and the dangers of activity while using these devices."

To the study authors' knowledge, this was the first study to examine the role of cell phones and cell phone-related distractions in head and neck injuries.

However, they do acknowledge a few limitations to their study. For instance, the database they used did not have any information about other co-existing conditions, treatments, or outcomes.

Also, the database did not include information about visits to other healthcare settings, such as urgent care settings.

How many head and neck injuries does cell phone use cause?, Source:https://www.medicalnewstoday.com/articles/327255.php