Is This Typical Toddler Behavior or a Sign of Something More Serious? 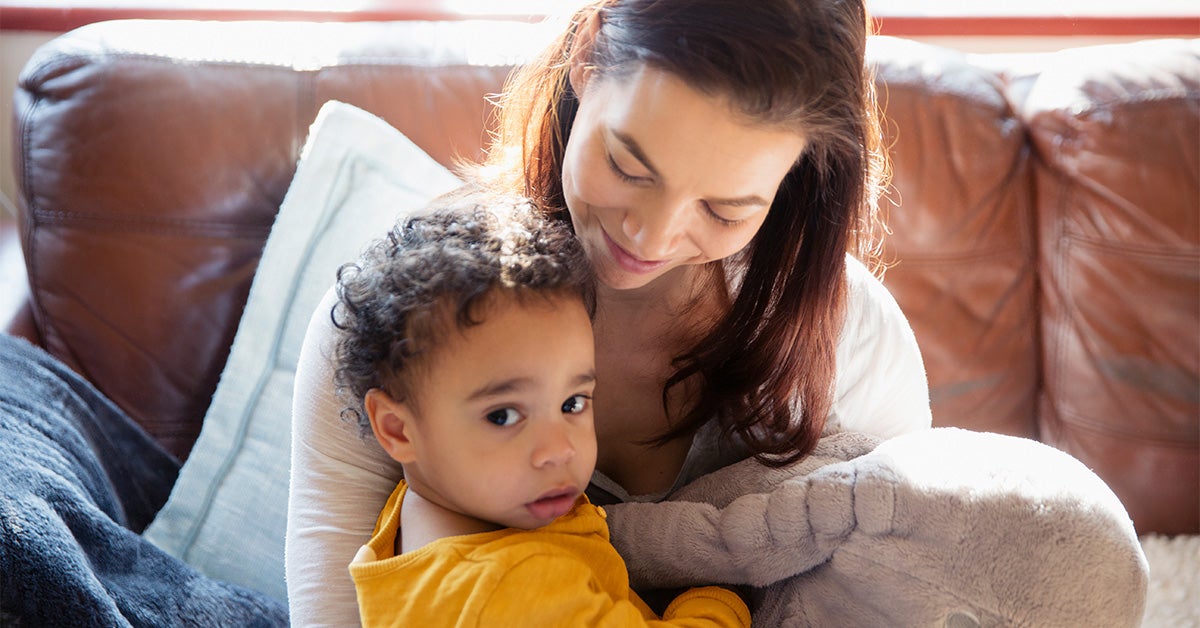 Many parents are aware some of the biggest challenges that come with raising kids happen in the first few years.

When that second birthday rolls around, it marks a stage of seeking independence by whatever means necessary.

Toddlers are just getting minds of their own. They are testing their boundaries, experimenting with their independence, and often experiencing big emotions they don't quite know how to process yet.

The often results in parents dealing with little tornados who are prone to tantrums and picky eating, and who have trouble sleeping.

In other words, toddlerhood can be rough on both parents and kids. But all of this is perfectly healthy behavior to an extent.

However, for parents who are exhausted and overwhelmed, the question of whether their child's more extreme behavior is crossing the line into concerning territory is often very real.

Healthline recently spoke with child health experts to help parents identify when five typical types of toddler behavior might actually be a sign they're dealing with something more serious.

"Tantrums are typical reactions for young kids, as they can get so overwhelmed with big emotions that they don't know what to do with them," explains Jennifer Daffon, a licensed mental health counselor who owns Emotesy Child and Family Counseling Services in Everett, Washington.

She said that because young children haven't learned how to regulate their emotions yet, and often don't have the vocabulary to express those emotions, they resort to acting out instead.

But while tantrums can be completely developmentally appropriate, she added that causes for concern develop around safety issues.

For instance, if your child is hitting their head against the wall when angry or throwing objects at others during fits, that might be reason to talk to your pediatrician.

"Another red flag is if you're noticing your child is having multiple tantrums throughout the day that are lasting several minutes," Daffon explained. "This could be an indicator for disruptive mood dysregulation disorder."

Typical symptoms of that, she said, are children who:

However, disruptive mood dysregulation disorder (DMDD) is a relatively new disorder, and is usually only diagnosed in children older than 6 and younger than 18 who have these symptoms consistently over more than a year.

"A child therapist can help the child learn coping skills and appropriate ways to manage big feelings. Parents can also work with the therapist to gain additional skills to help their child be more successful," Daffon said.

Melanie Potock is a pediatric speech language pathologist and feeding specialist who has years of experience working with kids whose picky eating crosses the line into concerning.

She said, "From 6 to 18 months of age, most children are open to trying new foods, as long as parents continue to offer a wide variety of flavors and textures. But as a child approaches age 2, it's natural for them to become a bit more picky."

Potock explained there are really two reasons: Growth is slowing down and kids are busy.

"They are now running about, playing and engaging in the world, and sitting at the table to eat isn't a high priority for them. Plus, because growth has begun to taper as compared to the first 18 months of life, kids just don't eat as much," she said.

But just because they don't need as much food doesn't mean they don't still need good nutrition. And for some kids, that picky eating can devolve into something much more concerning.

In the book Raising a Healthy Eater: A Stage-by-Stage Guide to Setting Your Child on the Path to Adventurous Eating, which Potock co-authored with pediatrician Dr. Nimali Fernando, she outlined the following things that may indicate a reason to bring your child's picky eating to the attention of their pediatrician:

Because picky eating can be a normal developmental stage, Potock said some pediatricians may be quick to write concerns off initially. But she explained that, "Research shows that at least 1 out of 4 kids won't grow out of picky eating."

In fact, there is a newly recognized eating disorder called avoidant/restrictive food intake disorder (ARFID) which often starts in toddlerhood and can become dangerous if not treated appropriately.

"Don't wait to request a formal feeding evaluation with pediatric feeding expert. Typically, that expert has advanced training in pediatric feeding disorders and is most often a speech language pathologist or occupational therapist," Potock advised.

No one wants their kid to be hurting others, but there are some behaviors that we tend to forgive a little easier in toddlerhood, and that includes hitting and biting.

"Some aggressive behavior such as hitting when angry is developmentally appropriate for toddlers," explained Daffon. "They haven't quite learned social norms or how to manage their feelings just yet. It's the job of the caregiver to model what behavior is expected when the toddler is angry or upset."

Doing that, she explained, involves naming the feelings you are seeing and verbalizing those emotions to your child, so that they can begin to have a vocabulary for their own feelings.

This is also when you should be explaining to your child acceptable and unacceptable ways to show they are upset. (Just because it's normal doesn't mean that it's okay.)

The verbiage Daffon said you might want to use includes phrases such as, "I see that you're mad. It's okay to be mad, but it's not okay to be mean," and "It's not okay to hit in our family, but you can — insert acceptable alternative — instead."

Daffon said that hitting, biting, and other violent behaviors become causes for concern "if the child is inflicting self-harm as a means to regulate their emotions. This is a clear sign that the child has few, if any, positive coping skills."

As parents, we can sometimes be guilty of swooning over the goofy way kids say certain words. Their mispronunciations are utterly adorable and we can't help but giggle.

But this is also the age when speech issues may start to become apparent. So, when is it just a cute word they'll learn how to say correctly eventually versus a reason to visit with a speech therapist?

"Some sound errors may be age appropriate," says Nicole Well, a speech therapist at CHOC Children's in California.

If you're concerned about your child's word usage, though, she suggests parents, "try breaking down the word into single sounds (or syllables) for them to repeat."

If they still aren't able to get it, you may want to ask your child's pediatrician if a speech evaluation is necessary.

"If your toddler is enrolled in preschool, the teacher should be another great resource for noticing developmental inconsistencies," Well added.

Fighting bedtime is common at this age, and trying to figure out the perfect combination of naps and nighttime sleep can be a balancing act you are forever trying to recalibrate.

"Kids experience a bit of FOMO (fear of missing out) when it comes to bedtime, and that's normal," explained Daffon. "They like to be part of the action at all times of the day. So, switching into bedtime mode can be difficult in that regard."

One thing that can help, she said, is setting up a consistent bedtime routine— one that is easy to implement and doesn't involve too many steps.

"Having one-on-one time with a parent or caregiver can help the child feel connected without having to try so hard," Daffon said.

But there comes a point when the bedtime fight may be a sign of something more serious.

"If a child is displaying significant anxiety or worries about going to bed, you may want to explore that more with the child versus chalking it up to good old-fashioned sleep refusal," Daffon said,

She advises against dismissing any fears your child may be experiencing, because to them, those fears are very real.

Brushing them aside could only exacerbate the fear your child is feeling and convince them that you, as the adult, aren't willing to help, listen, or care.

"All of which certainly doesn't make going to bed any easier," she said.

If you've tried to institute a soothing and consistent bedtime, removed access to blue-light devices (such as phones and tablets), and have tried to work through your child's fears to no avail — it may be time to call the pediatrician.

Is This Typical Toddler Behavior or a Sign of Something More Serious?, Source:https://www.healthline.com/health-news/is-this-typical-toddler-behavior-or-a-warning-sign-of-mental-illness