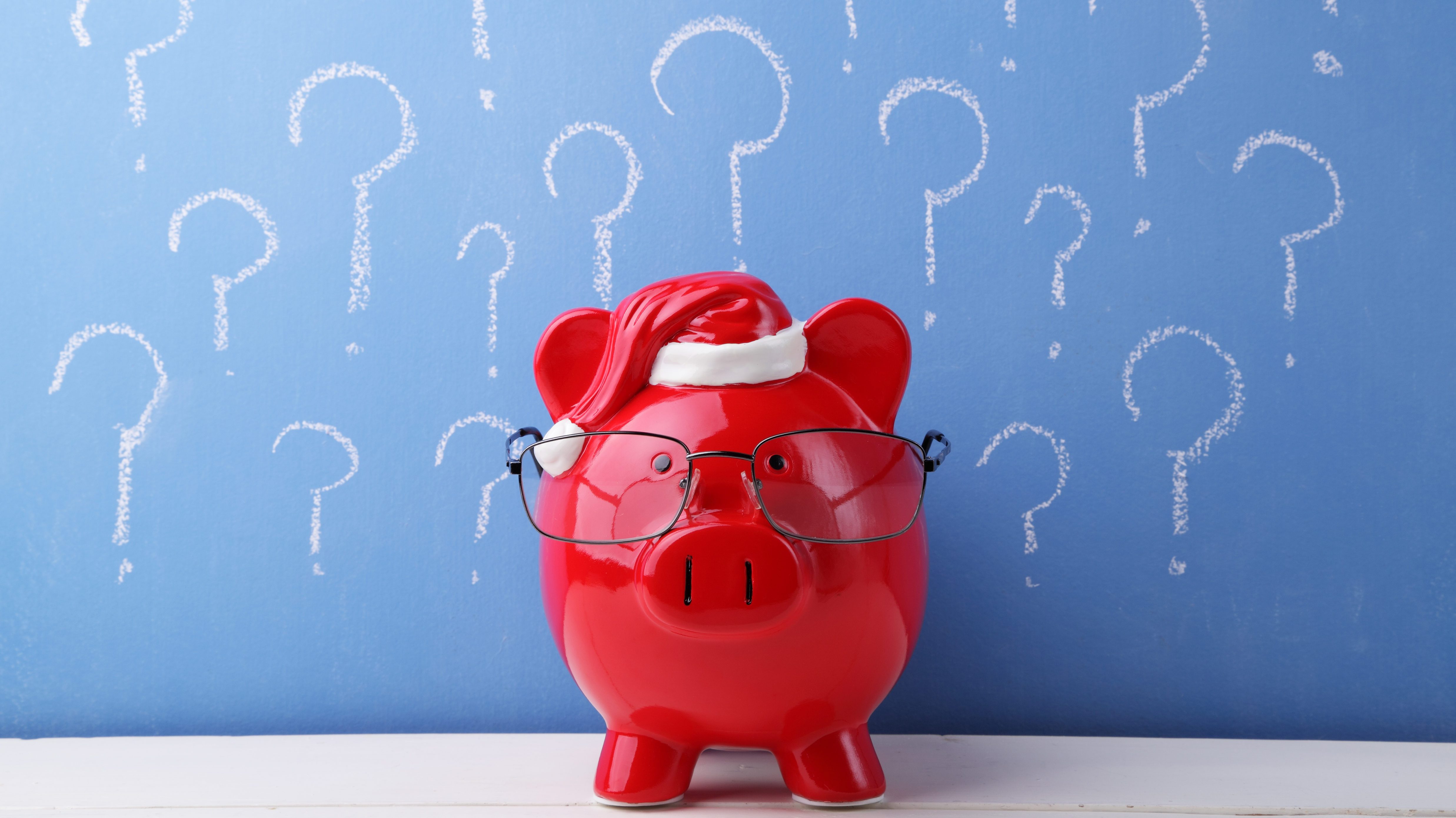 "I hide from my husband how much I spend at Christmas and sometimes I outright lie to him about it," says Melissa V., 34, a mother of two children who's been happily married for eight years. "And yes I know how bad that sounds! But I have good reasons, so wait before you judge me."

Melissa isn't alone in her holiday spending deception—she's just more honest about it. Nearly half of people said that they deceive their spouse about how much money they spend on Christmas gifts, according to a 2018 survey done by Quicken. Out of 1,046 married adults surveyed, 70 percent said they and their spouse agreed on a holiday spending limit, yet 47 percent still said they felt it necessary to hide how much they spent on gifts—one of the 12 money mistakes people make during the holidays.

However benign it may sound, this type of "financial infidelity" is a relationship red flag and a leading cause of marriage breakdowns, says Adrienne Grace, a certified financial planner and divorce financial analyst, author of Going from We to Me: A Financial Guide to Divorce. "Couples often do not talk about money and many people hide their spending from each other which causes a lot of pain, not just financially but also emotionally when it eventually comes out," she says, adding that it's also a power play. "Another issue with this is that money is power in our society and hiding money is one way of trying to control the other person," she says.

Why do people hide holiday spending?

But the Santa subterfuge is not always for nefarious purposes. In fact, over 80 percent of people in the Quicken survey reported hiding their receipts because they spent more on their partner than they'd budgeted, wanting to get them a nicer gift. Indeed, this is one of the reasons Melissa cites for her surreptitious spending. (Sound familiar? Here's how to buy good gifts and still save money.)

How it all started

"It really started the year that my husband Craig (not his real name) and I decided we weren't going to buy gifts for each other. The closer to Christmas it got, the sadder I felt about not seeing anything under the tree for him, and so I bought a few smaller gifts and hid them so I could surprise him Christmas morning," she explains. The surprise was bittersweet, however, because while Melissa had splurged, Craig had stuck to their deal and got her nothing. "I'm not going to lie, that felt pretty bad," she says.

As a way to deal with her feelings of deprivation, Melissa hit up the after-Christmas sales and bought herself some gifts. "I told myself it was fine because everything was on a really good sale and it was all stuff I needed," she says. "It did make me feel better. But of course, I didn't tell my husband about it." She remembers taking shoes out of their box and sneaking them into the house when he wasn't home.

It's become a tradition now

In the years since that fateful holiday season, what started out as a fun surprise has turned into a tradition—one that only Melissa knows they're keeping. "Another reason I feel like I have to hide the gifts I buy is because Craig is an emotional spender. Like, he buys things to comfort himself when he's stressed out but if he thinks I'm sticking to our budget then he will try hard to as well. If I'm spending a lot, then he feels like he gets to spend the same amount. The difference is that I'm buying gifts for other people and he's buying stuff, mostly junk food and video games, for himself. So me hiding my spending is, ironically, better for our budget overall," she explains.

Another factor is what Melissa sees as the "ridiculous" budget they have for holiday gifts. "Each year he sets a limit of $200 but it's just not possible to buy presents and stocking stuffers for both kids and each other and our families with that amount," she says. "He's fine giving his mom a loaf of banana bread for Christmas but I'm not. Last year I bought her a $50 spa gift card and I don't even feel bad about it, she's an amazing lady and she deserves it. I did have to make sure I intercepted the thank you card she sent though before he could see it." Here's how much residents of each state spend on average during the holiday season.

There have been times when Melissa has been caught red-handed. "Once I came home to a pile of like 12 boxes from Amazon in the living room. They'd all come at the same time and were all addressed to me so it was pretty obvious I'd bought all those things. Craig was upset but I smoothed it over by telling him I got everything on a great sale, which I did!" she says.

The darker side of overspending

However, a little hiding has spiraled into a lot of secret debt. Because Craig doesn't realize how unrealistic their budget really is and won't agree to increasing it, Melissa felt it was necessary to get a secret credit card just for holiday spending. She says she is currently carrying about $1,500 on it but will pay it off over the next year with money she gets from working part-time as a freelancer. "I do feel sick about it when I see the statements but I keep the limit really low so I can't get us into serious financial problems," she says. However, experts say that even a little debt can be a big problem, particularly if you're hiding it.

Does this cause conflict in her relationship? "Not really but that's mostly because he doesn't know about it," she says, adding that for the other 11 months out of the year she's very fiscally responsible and is honest about her spending. "It's only at Christmastime I go a little crazy and even then it's not like I'm buying Coach purses or something."

"Giving gifts is my main love language so it's really important to me to be able to show my family and friends that I love them in this way. Craig just doesn't understand that; gifts aren't his love language. He doesn't get that not being able to splurge a little on something nice for my kids or my best friend at the holidays would be heartbreaking to me. He thinks material things shouldn't be important to other people and that they should know I love them no matter what," she says, adding that this difference in their love languages is a recurring source of conflict in their marriage. Are you a gifter too? Make sure you know the etiquette rules of holiday gift-giving.

It comes from a place of love

"At the end of the day, it is what it is. Do I feel great about this? No, definitely not. I know that honesty in a relationship is always better. But am I going to stop? Nope. This has been the best solution I've found to this problem without causing a huge fight. And as long as he doesn't know about it, he's perfectly happy. Every year he brags about what a great shopper I am and how far I'm able to stretch our budget. I let him have that, it's one more little gift I can give him—the gift of peace of mind during the holidays," she says. Next, read on to learn how to make a budget you can actually stick to.

This Woman Lies to Her Husband About Her Christmas Spending—Every Single Year, Source:https://www.rd.com/advice/relationships/my-husband-has-no-idea-how-much-i-spend/