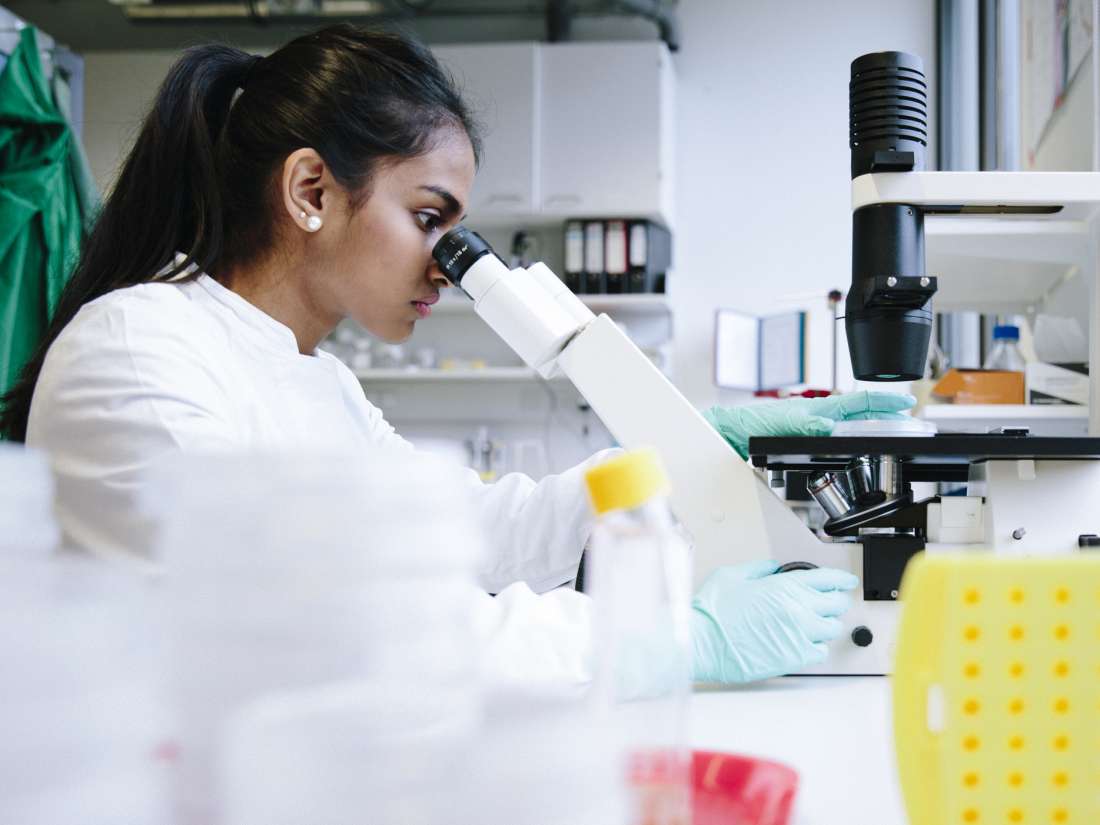 Researchers have zoomed in on the fine molecular and epigenetic mechanisms that explain the aggressive spread of melanoma.

Along with DNA and proteins, RNA is one of the three essential macromolecules necessary for all forms of life.

The typical process at the basis of all known forms of life comprises three steps: The genetic information from our DNA — which works as the "blueprint" of the cell — is converted into an RNA "photocopy," which, in turn, helps create proteins required by the cell.

Most RNA is in linear form. However, some RNA molecules are circular. These are called circular RNAs (circRNA).

Linear RNA encodes proteins, but very few circRNAs have clearly understood functions. In fact, the medical community is only now beginning to elucidate the contribution of circRNA to normal physiology and disease, write the authors of a new paper.

So, what is the role of circRNAs in the spread of melanoma? Senior study author Eva Hernando, Ph.D. — an associate professor in the Department of Pathology at New York University (NYU) Langone Health — and colleagues set out to investigate.

The question is important, explain the researchers in their Cancer Cell study, because metastatic spread is the cause of 90% of deaths related to cancer. The pivotal moment at which cancer spreads to a metastatic point can decide the outcome for a person with cancer.

Melanoma is a good model for investigating the mechanisms behind metastasis, because its spread is particularly aggressive: Metastasis can occur from primary tumors of only a few millimeters.

Genetic errors explain how melanoma cancer cells emerge from normal cells, but DNA errors do not tell the whole story when it comes to explaining how the cancer spreads, say the researchers.

How a circRNA can drive or stop metastasis

So, in the new study, Hernando and team carried out experiments in cell cultures from human melanoma tissues and mouse models to investigate the role of circRNAs.

The analyses revealed that a circRNA called CDR1as is key. When epigenetically silenced, this molecule promotes the spread of cancer, and when activated, it inhibits cancer's aggressive spread.

Previous studies, write the authors, have hinted at a potential function of circRNAs: They may bind with proteins that then attach to RNA and affect cellular functions.

In this specific study, the researchers showed that metastasis occurs when the interaction between CDR1as and one such RNA-attaching protein is disrupted. The RNA-binding protein is called IGF2BP3.

Hernando and colleagues silenced CDR1as to see how it would affect metastasis. They saw that when CDR1as was switched off, the RNA-binding protein IGF2BP3 roamed freely and promoted metastasis.

By contrast, when it is activated, CDR1as connects with IGF2BP3, preventing it from straying to other pro-metastatic proteins.

"We found CDR1as restrains a known pro-cancer protein called IGF2BP3, revealing a new function of CDR1as that may have therapeutic implications," explains first study author Douglas Hanniford, Ph.D., an instructor in the Department of Pathology at NYU Langone Health.

The team also revealed the epigenetic mechanisms through which CDR1as was silenced and no longer produced in melanoma cells.

Epigenetic changes to genes affect their functioning without altering their DNA code.

"Our study provides new insights into the aggressive behavior of melanoma, and [it] is the first to expose a circRNA as a suppressor of metastasis."