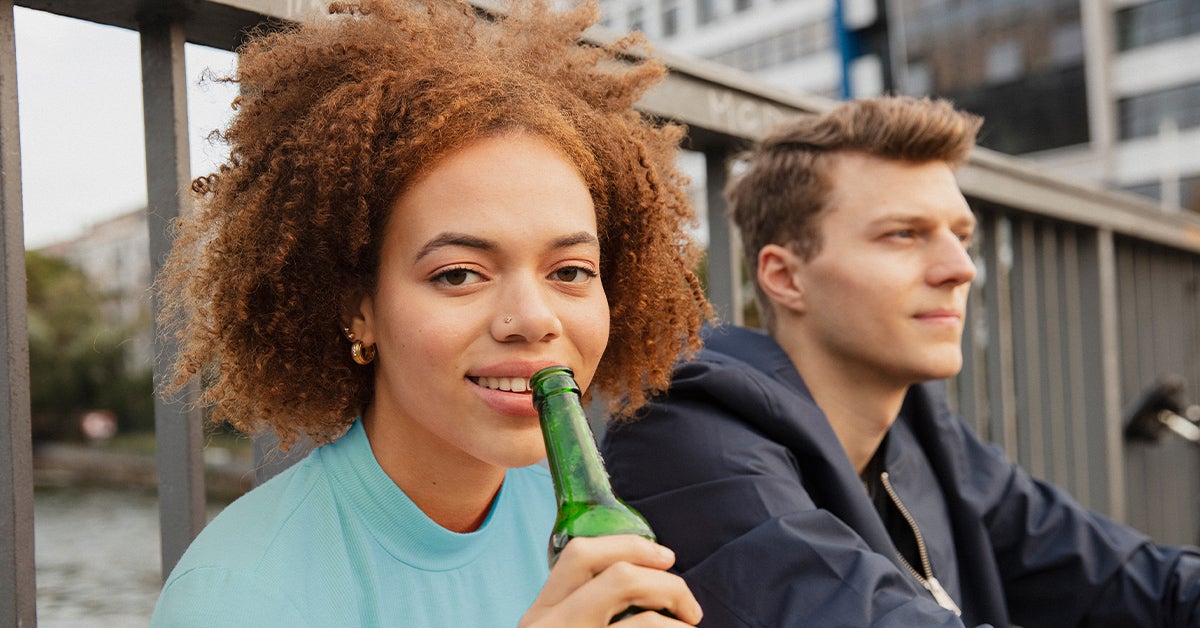 Many people turn to Dry January as a motivator to start off the new year alcohol-free.

But while abstaining from alcohol for a month might seem like a trendy, short-term New Year's resolution, there are several health benefits that come with it.

"The benefits can vary from person to person depending on how much of a change from their baseline behavior this is," Dr. Rekha B. Kumar, medical director of the American Board of Obesity Medicine, told Healthline.

Kumar explained that someone who drinks minimally, but chooses to do Dry January, "might feel a sense of control over their health or feel a sense of accomplishment from achieving a set goal." Meanwhile, others who drink heavily "might notice more pronounced physiologic effects, such as more mental clarity, better sleep, weight loss, and feeling the 'detox' sensation, in addition to achieving a set goal."

Amitava Dasgupta, PhD, professor of pathology and laboratory medicine at McGovern Medical School at UTHealth in Houston, and author of the book The Science of Drinking, agrees.

Dr. Dasgupta said for social and moderate drinkers, participating in Dry January won't make much difference to their body. However, for people who exceed recommendations in the Dietary Guidelines for Americans, he said Dry January can reap changes.

The guidelines state that alcohol should be consumed in moderation — up to one drink per day for women and up to two drinks per day for men.

For those who drink frequently or binge drink, Dry January can help your body in the following ways.

Cirrhosis of liver can occur over time in those who drink excessively.

"It doesn't happen in a day, but for anyone who drinks in excess, which again is more than two drinks a day for men, and one a day for women, there are fatty changes in liver, so when you stop drinking, those changes are reversible and the liver can become normal again," said Dasgupta.

Because the liver is a tolerant organ, he said positive changes can occur within weeks of going dry.

Kumar added that in the absence of alcohol, "the liver can focus on its other jobs, such as breaking down other toxins produced by the body, metabolizing fats and excess hormones that need to be broken down."

"When it's metabolized by this different pathway, it produces lots of free radicals which is known to oxidize bad cholesterol (LDL), and when the LDL is oxidized it deposits on the carotid arteries forming [blockage]," said Dasgupta.

On the other hand, if you drink in moderation, alcohol doesn't have any effect on LDL, and instead increases good cholesterol (HDL).

"Drinking one or two glasses of wine once or twice a week has some health benefits, especially for men over 40; it reduces risk of cardiovascular disease… for women you can get those benefits anytime, it's not age-dependent," Dasgupta said.

However, he notes that people of Chinese and Indian descent do not get the benefit of drinking alcohol due to a genetic reason that isn't clearly known.

To better your heart further when cutting out alcohol, he suggests adding in exercise, which also increases good cholesterol.

The National Toxicology Program of the U.S. Department of Health and Human Services lists alcohol as a known human carcinogen in its Report on Carcinogens.

The report states that a person's risk of developing an alcohol-associated cancer increases with the more alcohol they drink regularly over time. Links are shown between alcohol consumption and the development of the following types of cancer:

Data from 2009 published in the American Journal of Public Health estimated that about 3.5 percent of cancer deaths in the United States were alcohol related.

While alcohol is high in calories, and wine, beer, and mixed drinks add sugar to one's diet, Kumar says cutting it out may or may not help to lose weight.

"Again, depends on what the baseline alcohol consumption is. If heavier drinkers remove alcohol for a longer period of time, they might see weight loss, improvement in body composition, less stomach fat, improvement in triglycerides (one of the fat particles in the blood)," she said.

Depending on the patient, she said she sometimes suggests cutting back on alcohol to lose weight.

"I have recommended completely eliminating alcohol for weight loss as a trial for some patients who have optimized all other aspects of their life (diet is pristine, exercise is maximal, sleep is adequate, stress is managed) to see if they are particularly sensitive to the weight gaining effects of alcohol," said Kumar. "For instance, many women around menopause report gaining weight from alcohol much easier than they did prior to menopause."

However, if you're banking on Dry January to help you lose weight, Kumar said it's not your best bet.

"I would suggest cutting back on several things rather than completely eliminating to avoid feeling deprived, which can lead to rebound eating/drinking and weight regain," she said.

Dasgupta says the best people to practice Dry January and being dry all year-round are those under 21 years old, and not just for legal reasons.

"There's a reason why the legal age of drinking is 21 years. Teenage and college drinking is a huge problem. It can cause memory loss and interference with brain development. For college students, being dry is the best thing to do," he said.

"Alcoholics have some specific disorders of the brain which are due to excess alcohol drinking. Brain damage can reduce memory and concentration," said Dasgupta.

Dry January can have benefits for those who drink more than the recommended two drinks a day for men and one drink a day for women.

"You get the best benefit from alcohol when you drink in moderation. Just being dry for 1 month and going back to drinking in excess is a bad idea. If you are drinking in excess, it's better to cut your alcohol intake," said Dasgupta. "And going [dry] for 90 days will get you more benefits… it will give more time for the liver to heal and heart to heal."

For those who drink in moderation, Kumar said partaking in Dry January won't do harm, but it may not do much good either.

"There are people who have learned to practice very reasonable alcohol consumption that contributes to psychosocial well-being in a way that does not impair their health. In these people, completely cutting out healthy/moderate/social consumption might interfere with their social dynamics, cultural factors around meals, and mildly interfere with one's routine of stress management," she said.

Cathy Cassata is a freelance writer who specializes in stories about health, mental health, and human behavior. She has a knack for writing with emotion and connecting with readers in an insightful and engaging way. Read more of her work here.

Here's What Happens to Your Body When You Cut Out Alcohol for 30 Days, Source:https://www.healthline.com/health-news/what-happens-to-your-body-when-you-quit-alcohol-for-30-days