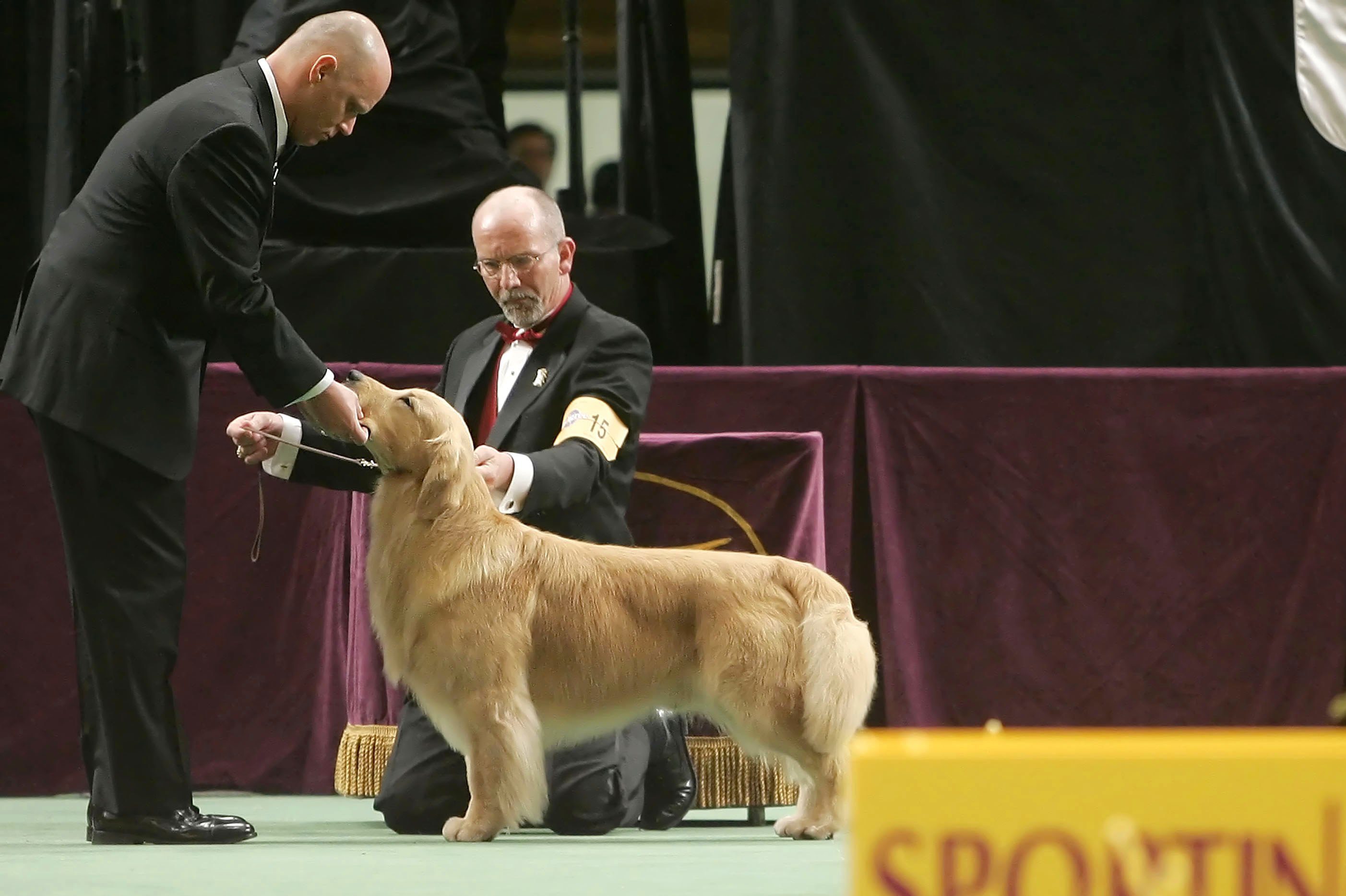 Since 1877, the Westminster Kennel Club has hosted an annual dog show, awarding the top dog with the coveted Best in Show title. Every year, esteemed judges gather to determine which dog will win this honor. While the exact name of the winning dog may be different every year, some things don't change—like the fact that there are many dog breeds that never win. So, why do beloved breeds such as the Golden Retriever and French Bulldog always get the short end of the stick? Here are some theories.

When you think about "the American dog," an image of a Golden Retriever is likely the first thing that pops into your head. This breed fits the ideal suburban family model (complete with a white picket fence), but interestingly it has never taken Best in Show at Westminster. Neither have popular dog breeds such as the Chihuahua, Great Dane, French Bulldog, Shih Tzu, Rottweiler, Miniature Schnauzer, Labrador Retriever, Dachshund, and others, according to the American Kennel Club.

While some dog breeds never win, there are a handful of others that always seem to win. PetMD notes that Terriers and Spaniels win frequently, as do Poodles and Boxers. Terriers nabbed five out of the top 10 spots for breeds with the most wins, and the Wire Fox Terrier, in particular, has won Best in Show a whopping 15 times as of 2019. Check out these 13 other facts about the Westminster Dog Show.

What a judge wants to see

Sarah Stier/Getty ImagesCynthia Kelly, owner of Regis Regal German Shepherds in Spring Grove, Illinois, the number one German Shepherd breeder in North America, offers her insight into what Westminster judges look for. "I've been a breeder and educator of dogs for over 30 years," she says. "I truly believe the reason that many dog breeds have not been able to capture the elusive title of Westminster has everything to do with how flashy the dog is."

Think about it in human terms, and it makes sense. Fashion models, especially in recent years, do not tend to fit the traditional mold. Think, for example, of the gap-tooth trend that has challenged typical beauty norms; it is considered beautiful because it is striking and unusual, aka "flashy." Similarly, Kelly says of the Westminster Dog Show, "some of the most popular breeds have never earned the title simply because another breed of dog in its class has a fancier appearance or a larger presence." Go behind the scenes with dog show hosts and their most interesting moments.

What makes a dog flashy

"Some breeds," Kelly explains, "are naturally flashy and may catch the eye of the judges more so than your standard Labrador." Labradors are extremely common; one may say an American standard. In fact, as of 2019, Labradors have been the most popular breed in America for 28 years in a row. So if judges at Westminster aren't looking for standard, then they're not interested in Labs. "A judge will likely have a mental image in their head of what their ideal breed looks like," Kelly continues, "how it walks, behaves, and so on. And when they do see a dog that fits that criteria, or on the rare occasion one that exceeds it, that is what makes the dog really stand out to them."

Popularity is the problem

What it ultimately comes down to, Kelly and others including the New York Times argue, is the problem of being too popular. "A Labrador could be a worthy winner of a show like Westminster," Kelly says, "but I don't think it will happen. It might be too popular as a breed and may be overlooked [because] breeds within the group have more of a wow factor." So the reason—or, at least, a solid theory—that popular dog breeds don't win is because of the very fact that they are so popular, since dog-show judges are looking for something more in vogue. By the way, these are the most popular dog breeds in every state.

Sarah Stier/Getty ImagesAnother reason the popularity of a breed could be an issue is because of what is known as the breed standard. "To understand a little more about what the judges are looking for," Kelly says, "it's important to be aware they're not comparing dogs in the show against one another—they're comparing that dog against what's called the breed standard." Basically, what this means is that every Beagle that enters a competition, for example, is held up to desired Beagle characteristics that the community of judges has generally agreed upon.

"[The Labrador] can be a tricky dog to pick out as a winner largely due to its own popularity," Kelly further explains, "as the breed has evolved over time [and] different regions have unknowingly created very slight variations of the breed." So deciding on a breed standard for a hugely popular dog breed can be difficult, while other less common breeds are easier for judges to decipher.

A judge's knowledge of the breed

It is also important to remember that people aren't perfect. There are hundreds of dog breeds, and while judges at Westminster and other dog shows are professionals, they may be more knowledgeable about some dogs compared to others. "Sometimes a judge may not have a super great knowledge of a particular breed," Kelly admits, "and so it can be down to the luck of the draw as to which judges are there at the show on the day." Don't miss these photos of adorable dogs and their quirky owners at Westminster.

Really, it all comes down to personal opinion. After all, the question "Which dog is your favorite?" is pretty subjective, so it's impossible to take the judge out of the judging. "Although every breed has a defined breed standard," Kelly concludes, "ultimately titles are awarded and denied solely on the judge's preference and choice."

Apologies for delivering the bad news, but the types of dogs that do and do not win Westminster titles are not likely to change anytime soon. As long as breeds such as the Labrador Retriever and the Chihuahua remain popular, it is unlikely they'll be deemed chic enough to catch judges' eyes. "Sadly," Kelly says, "I don't think it's likely that a very popular dog breed will win a title, although I'd love to be proven wrong."

When it comes to choosing which dog is a winner for your family, check out this handy guide on how to pick the best dog breed for you.

This Could Be Why 9 Beloved Dog Breeds Will Never Win Westminster, Source:https://www.rd.com/culture/why-beloved-dog-breeds-will-never-win-westminster/