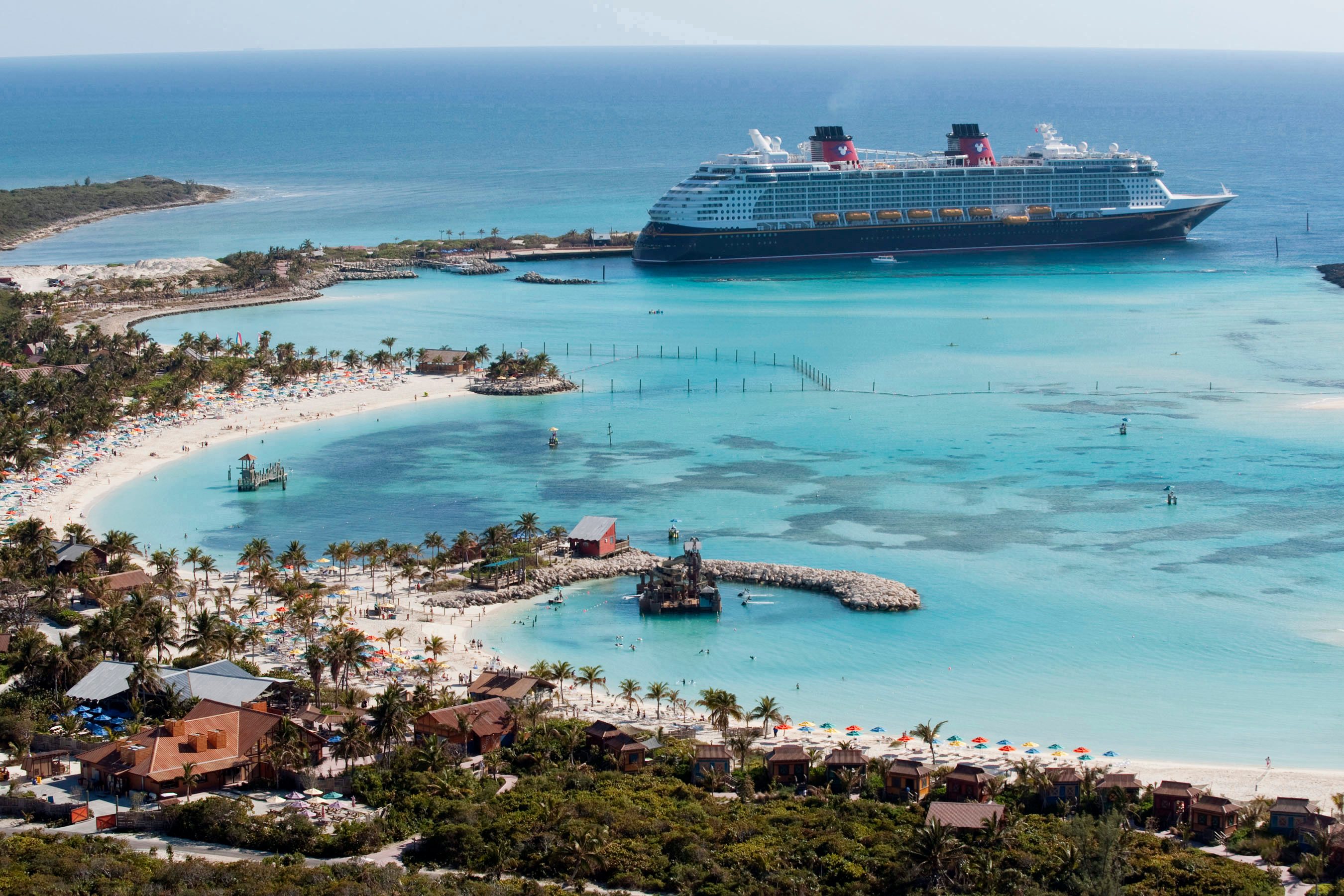 There's Disney World and Disneyland, and there are even four international Disney theme parks and resorts around the world, including Disneyland Paris. But did you know that there's also a private island that's available exclusively for Disney Cruise Line guests? 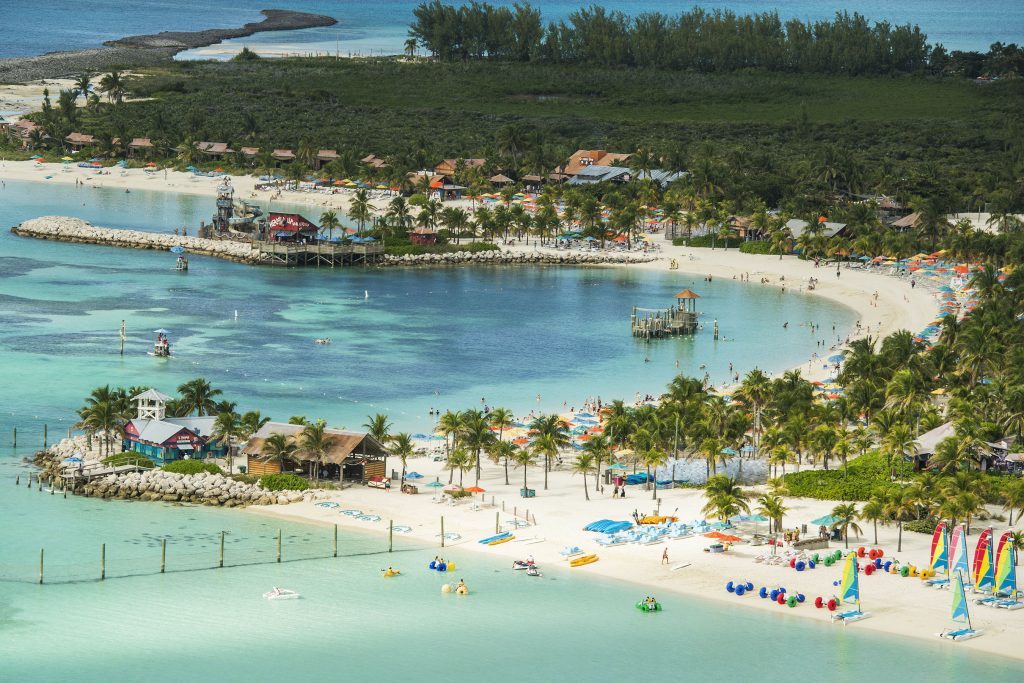 "There's so much that we share that it's time we're aware: It's a small world after all." So go the lyrics to the soundtrack to Disneyland's iconic It's a Small World ride. It's been called "The Happiest Cruise That Ever Sailed" since the ride opened in 1966, but Disney Cruise Line guests who take Caribbean or Bahamian cruises are sure to say the happiest cruise is one that takes them to Castaway Cay, Disney's own private island in the Bahamas.

Getting a postcard from a pal on vacation is fun—and receiving one mailed from the Castaway Cay post office is even more special. Mail sent from the small turquoise-colored building is marked with a special postmark and Bahamian stamps that are unique to Castaway Cay.

2. You don't have to be an athlete to run the Castaway Cay 5K

All Disney Cruise Line guests who are at least ten years of age are welcome to enter the free 5K that's held early in the morning on your day at Castaway Cay. You can run, jog, or walk the 3.1 miles of the fun course without any pressure. It is a great way to see a lot of the island and savor the picture-perfect tropical views. You also get a certificate and a medal as a special memento of the race. Repeat runners will delight in the fact that Disney pays such attention to detail that the medal changes each year. Learn which "extras" on a Disney cruise are worth the money (and which aren't). 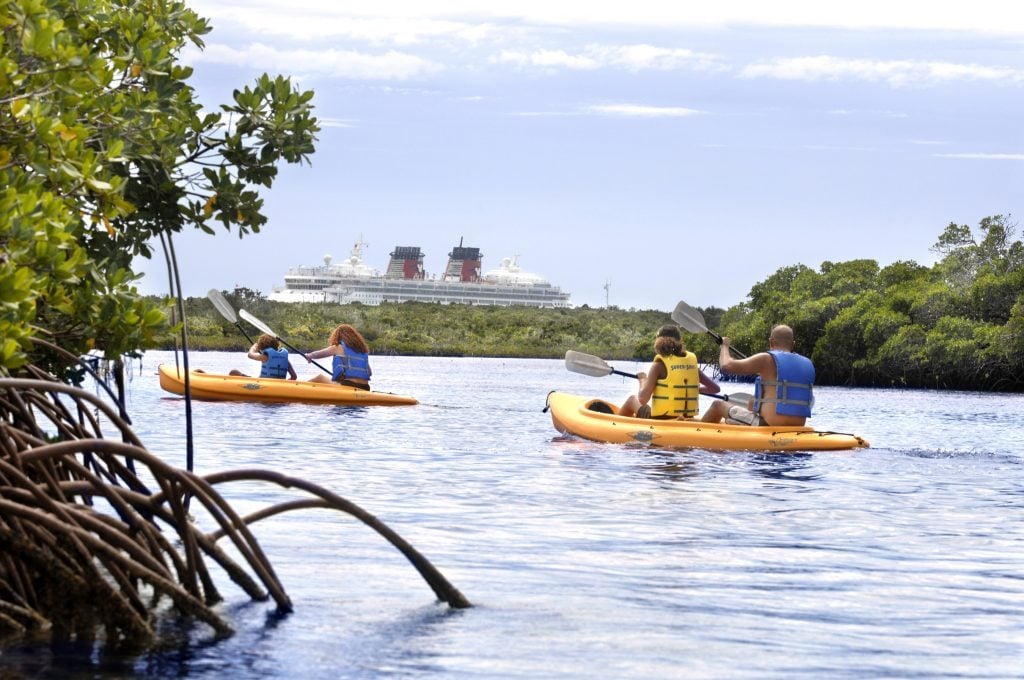 Disney takes the preservation of its beautiful island very seriously and guests will notice that the island is pristine. Disney Cruise Line crew members monitor and protect the endangered loggerhead sea turtle nests on the island, and researchers are striving to restore the health of coral reefs in the area. Another way that Disney is trying to preserve the natural beauty of the island and reduce its carbon footprint is by using solar panels; as these are behind-the-scenes in backstage areas, most guests won't even see them.

In many ways, the island is an extension of the cruise experience, which means food is plentiful and included in the price of your cruise. At Cookie's BBQ buffet, you can indulge in classic barbecue with all the sides like coleslaw and beans, along with kid-friendly options like hot dogs and French fries. If you are vegan or have any special dietary needs, just ask the staff; they're more than happy to oblige.

5. Serenity Bay is heaven for adults 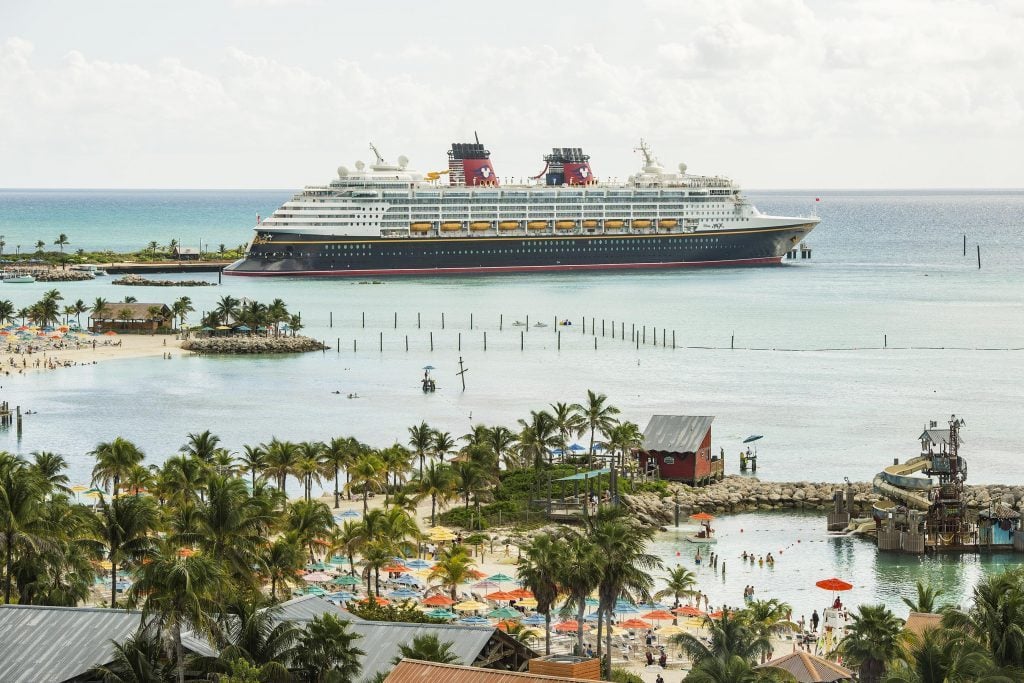 Just like on the Disney ships, there is an adults-only area, Serenity Bay, at Castaway Cay for those seeking a little peace and quiet. Located about a mile from the main beach, this is the place to go for grown-up time, as well as beachside lounge chairs, two-person hammocks, and possibly even a massage. Those who have kids in tow can park the little ones at Scuttle Cove, the island's supervised kids' club. Here are all the ways Disney cruises cater to adults.

In 2018, Castaway Cay was honored with Cruise Critic's Cruisers' Choice Award for "Best Cruise Line Private Island" for the third time in a row. Castaway Cay is also a favorite among repeat Disney cruisers who sometimes choose "double-dip cruises," which is "fan talk" for cruises that visit Castaway Cay twice.

7. The island is smaller than it seems 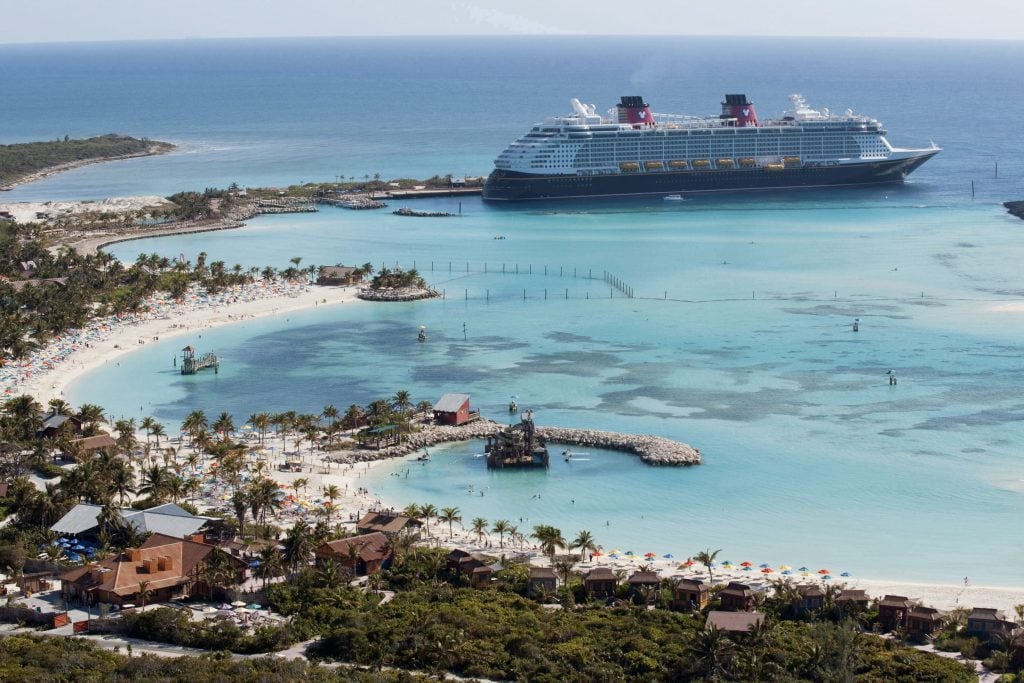 There's so much to do on the island that many guests are surprised to learn that it is only 3.1 miles long and 2.2 miles wide, spanning 1,000 acres. Even more surprising? Disney reports that only about five percent of the island is developed. Still, it can be a lot to navigate when you have kids and beach gear in tow, which is why there's a free shuttle service around the island. Next, read on for the 18 secrets Disney Cruise Line employees won't tell you.

In August 2019, Disney announced it'll be developing another private getaway in The Bahamas: Lighthouse Point. Located on the island of Eleuthera, Joe Rohde, the Imagineer behind Animal Kingdom, will design it. However, construction won't be complete until 2022 or  2023, so Castaway Cay is definitely the place to be right now.