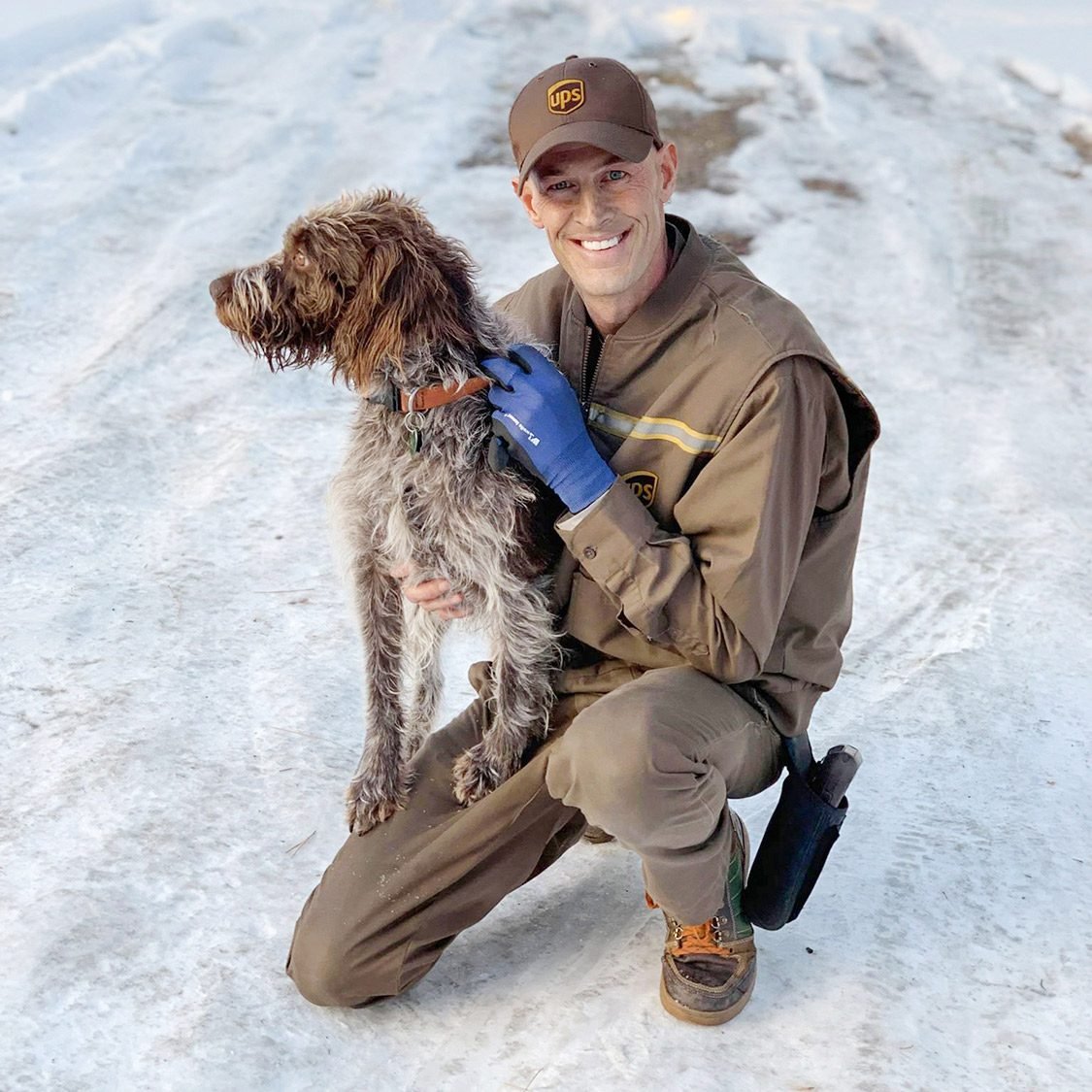 He heard a cry for help and immediately tracked it down.

UPS driver Ryan Arens was making his rounds near a pond in Bozeman, Montana, when he heard an unearthly sound. "Like a cry for help," he told the Dodo. It was December 2018, and about 15 feet from the frozen banks was the source of that cry—a half-submerged brown-and-white wirehaired hound, struggling to cling to a thin layer of ice. How she got there no one knows, but an elderly man was already on the scene, determined to save her. He'd entered the pond in a rowboat and was hacking away at the ice with a rock to create a path to the dog. It was slow going, and Arens, 44, thought he stood a better chance.

"Animals are my weakness," he told the Great Falls Tribune, explaining why he stripped down to his boxers and socks, even though the temperature was in the 30s, and commandeered the rowboat.

His heart thumping, Arens slid closer to the dog and used the other man's rock to smash away at the ice. He gave one strong heave too many and slipped off the boat, crashing into 16 feet of frigid water.

He resurfaced in time to see the dog going under. Using nervous energy to keep warm, he swam about five feet toward her, grabbed hold of her collar, and pulled her to the ice. He then boosted the dog into the boat and slid it back to the shore, where anxious bystanders carried the dog to the home of the rowboat owner, a retired veterinarian. Once in the house himself, Arens jumped into a warm shower with the dog until they both defrosted. A few more minutes in the pond, the vet told Arens, and she would have likely suffered cardiac arrest.

The next day, Arens was back working the same neighborhood when the dog's owner came over to thank him for saving Sadie. "Would you like to meet her?" he asked.

He opened the door to his pickup, and Sadie bolted out. She made a beeline for Arens, leaping on him and bathing him in wet kisses. That special delivery, says Arens, "was the highlight of my UPS career."

A UPS Driver Rescued a Dog from a Frozen Pond Without Hesitation, Source:https://www.rd.com/true-stories/inspiring/four-legged-ice-rescue/