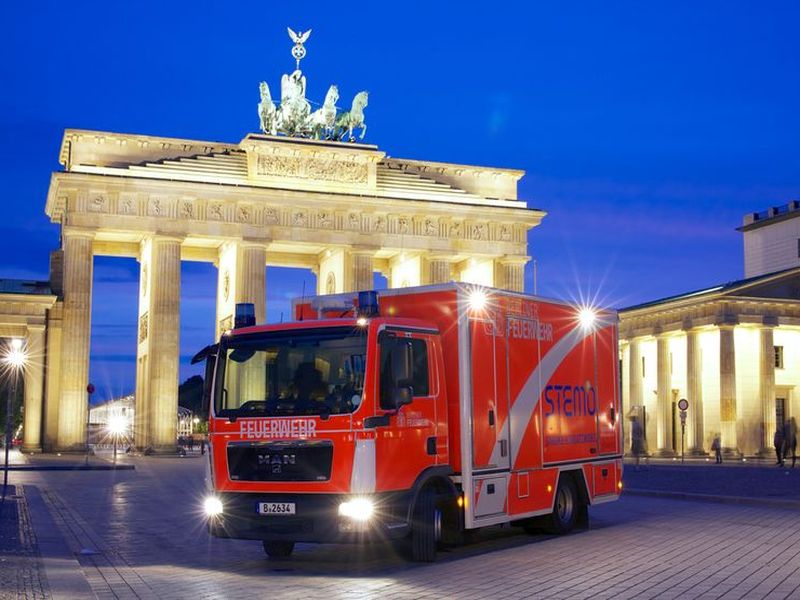 The new study examined the use of three mobile stroke units in Berlin. Each unit is staffed with emergency medicine neurologists and has a CT scanner and lab on board that enables treatment at the scene.

Treatment may include clot-busting drugs to restore blood flow to the brain. Timing of this treatment is crucial because the clot-busting medication alteplase should be given within 4.5 hours of stroke symptoms.

"Just waiting until the patient arrives at the hospital is not enough anymore," said lead author Dr. Heinrich Audebert, a professor in the Center for Stroke Research at Charité Universitätsmedizin, in Berlin.

Sixty percent of patients treated in a mobile stroke unit received the clot-busting drug, compared with 48% of patients who received conventional treatment in the hospital, the study found.

When a mobile unit was dispatched, time to treatment was reduced by an average 20 minutes, and the likelihood and severity of disability and death within three months fell 26%, the investigators found.

"While we had anticipated better outcomes in the patients treated in the mobile stroke units, we are amazed by the magnitude of the effects," Audebert said in a news release from the American Stroke Association.

"It is obvious that clot-busting treatment is most effective if it is applied in the ultra-early phase of stroke -- ideally within the first or 'golden hour' of symptom onset," he explained.

But treatment with clot-busting drugs within the first hour is rare among patients who receive conventional hospital care, so health care providers should find ways to begin treatment on the way there, Audebert said.

Dr. Mitchell Elkind is president-elect of the American Heart Association. Commenting on the new study, he said that "mobile stroke units have been a very exciting development in our field. We have had therapies for acute stroke for several years now but the big issue, of course, has been getting the treatments to the patients as early as possible."

However, there could be some roadblocks to the more widespread use of the units.

"Mobile stroke units are not cheap," said Elkind, who is also professor of neurology and epidemiology at Columbia University in New York City. "The machine has to be purchased and it has to be manned by staff who are available to use it. In some settings, it may not be used 24/7, it may be used at certain times of day, for example. Not every municipality can afford to have these."

Still, the increasing use of mobile stroke units "is a very exciting development," he said, "and I think confirms what many of us have thought for a long time: That getting treatment to patients sooner is going to lead to better outcomes."

The findings were presented Thursday at the International Stroke Conference, in Los Angeles. Research presented at meetings is typically considered preliminary until published in a peer-reviewed journal.

What is a stroke? See Answer