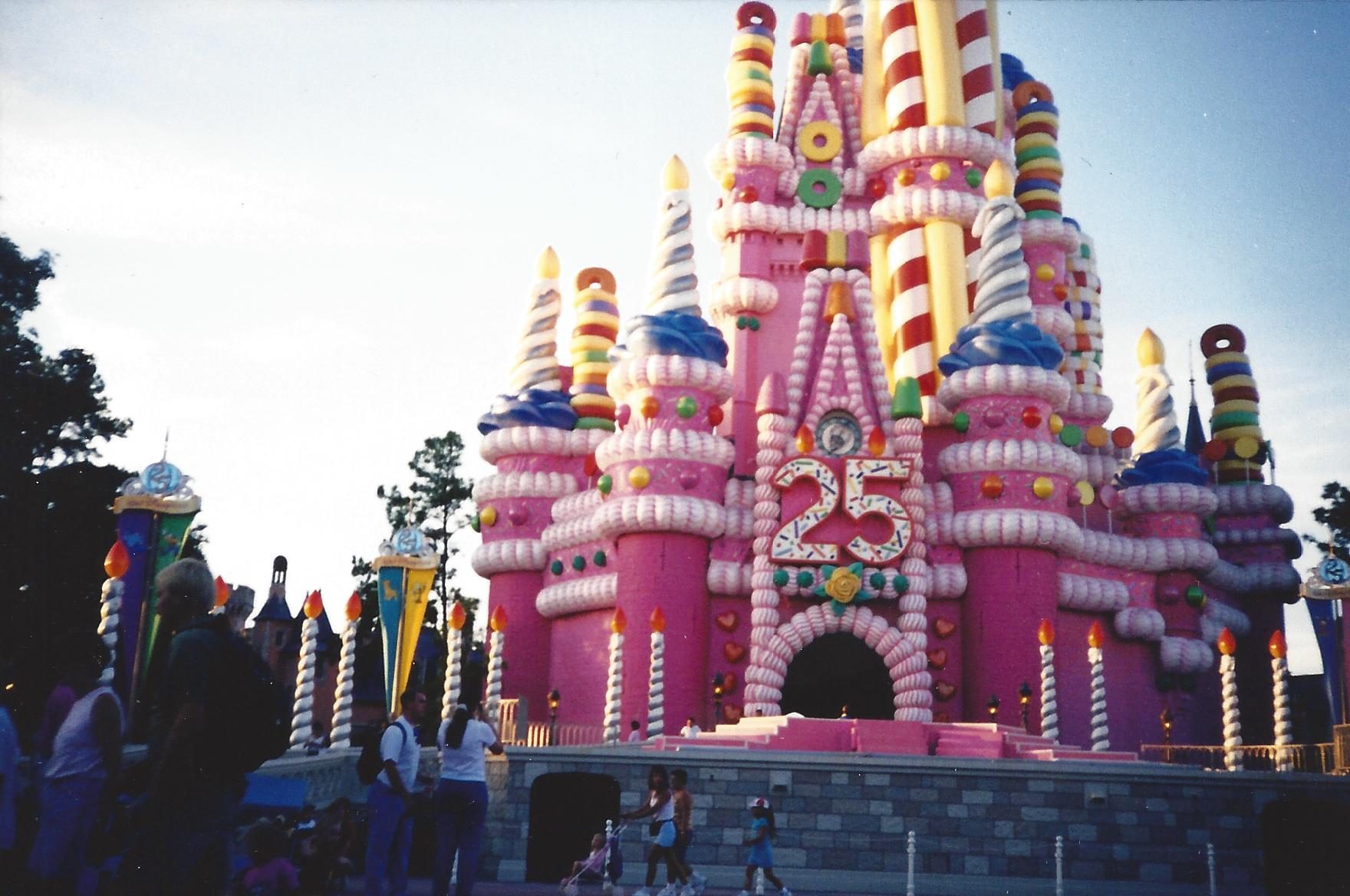 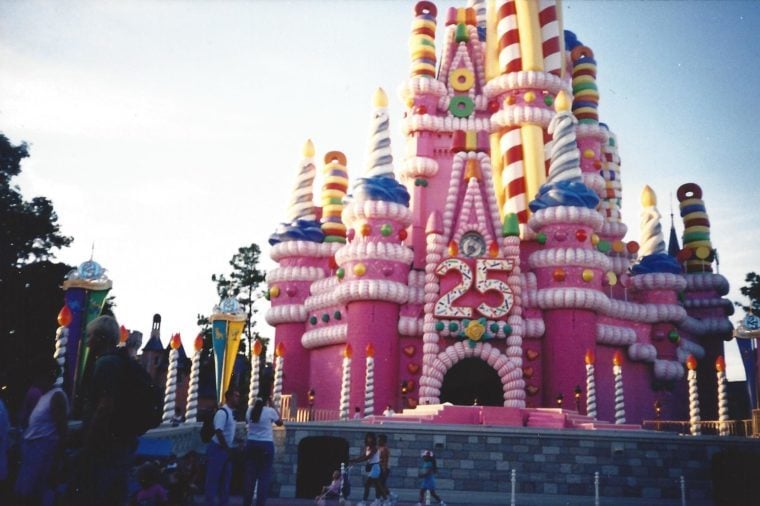 As part of the 25th anniversary of Magic Kingdom, the iconic Cinderella Castle was transformed into a very colorful birthday cake! It had bright pink "icing," dozens of pieces of candy scattered all over, candle pillars and lights, lifesaver towers, and a massive "25" right at the center, over the arches, that lead through the castle and into Fantasyland. For many kids in the '90s, this is probably one of the first things they remember seeing when they walked into Magic Kingdom for the first time. Did you know that there's a hidden hotel suite inside Disney's Cinderella Castle?

The Tapestry of Nations parade at Epcot 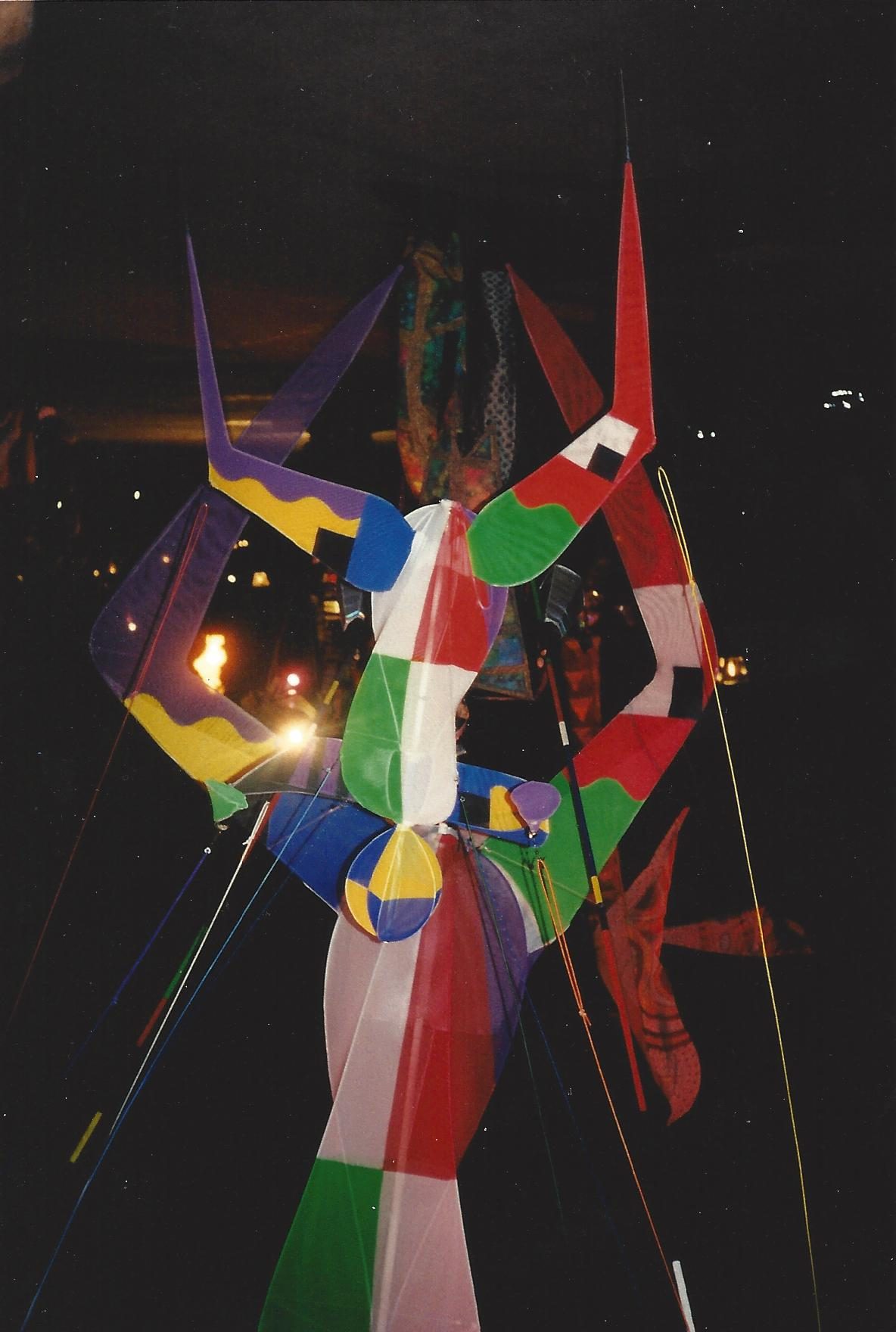 One of Epcot's only parades, Tapestry of Nations, debuted in October 1999. It was created specifically for the millennium celebration to emphasize these important messages: that we are more alike than we think and that it's important to be kind to your neighbor. The parade used larger-than-life puppets and stilt walkers who would traipse around World Showcase to a very catchy soundtrack. The parade ended its run in 2001 before getting restructured and debuting again at the park later that year; it ultimately ended for good in 2003. By the way, this is what the letters in Disney's EPCOT actually stand for.

Kids were invited to be in the parade at Magic Kingdom 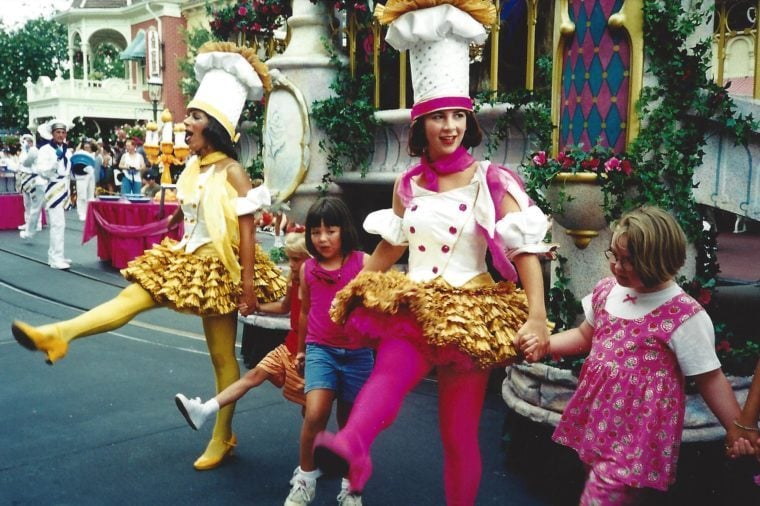 Every day at 3 o'clock, Magic Kingdom's parade sets off from Frontierland. Back in 1996, it was called the Remember the Magic parade, and it was created to celebrate the 25th anniversary of Magic Kingdom. The parade would periodically stop along the route from Frontierland to Main Street U.S.A. and allow kids and adults to join in the fun by dancing and singing with the parade performers. After the 25th-anniversary celebrations ended, the parade was tweaked slightly and continued to run daily until 2001, when it was replaced with the Share a Dream Come True parade. Are you a Disney superfan? See if you know these surprising facts about Disney's most famous characters.