Can iPhones Get Viruses? 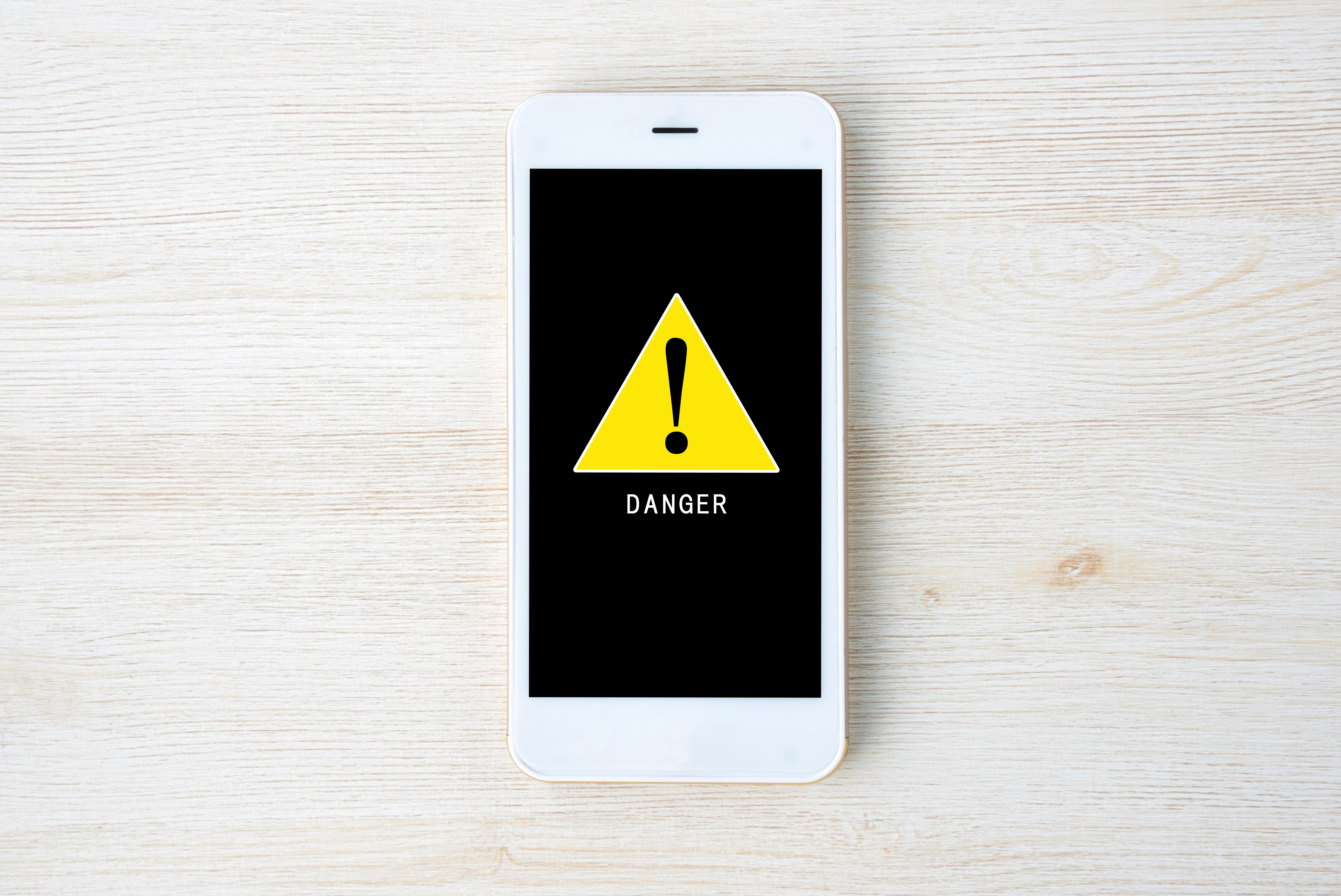 One of the big selling points of iPhones is that they are supposedly immune to viruses. (That, and they also have all kinds of hidden hacks users can take advantage of.) According to Norton, iOS has long been seen as being more secure than Android operating systems. But that extra security may not be as foolproof as some have previously believed.

The risks all smartphones face

It turns out that iPhones can get viruses, but only if certain criteria are met, according to Robert Siciliano, a security expert for Porch.com. "The likelihood of everyday iPhone users getting a virus is slim to none," he says. "The iPhone's operating-system design does not facilitate a virus the same way a Windows operating system or an Android operating system does." But that doesn't mean it's impossible.

"Perhaps the most common way smartphones can become infected with malware is through malicious apps that are typically downloaded from unofficial, third-party app stores," explains Attila Tomaschek, a digital privacy expert at ProPrivacy. "Fake, malicious apps can have the ability to automatically load malware onto a user's device and be used to effectively commandeer the device and steal sensitive personal and financial information." If you think that's concerning, you may want to check out these 15 things that make your phone an easy target for hackers.

How iPhones are protected

The thing that saves most iPhones from facing those same risks is the fact that apps can only be downloaded from Apple's official App Store. "On top of that, Apple has a rigorous vetting process for the approval of third-party apps to be available for download on its App Store," Tomaschek says. "iPhone apps are also sandboxed, meaning that they are isolated from other apps and from the phone's operating system. Therefore, for everyday iPhone users, the risk of contracting malware on their device is quite low."

What puts iPhone at risk

So, if iPhones have all this protection, how is it that they are still sometimes susceptible to viruses? "Users who have jailbroken their iPhones are at a considerably greater risk of having their device infected with malware," Tomaschek says. "This is because users with jailbroken devices are free to download apps from a variety of other app stores, not only from Apple's official App Store. Apps downloaded from unofficial app stores are not necessarily vetted for security and can often be intentionally loaded with malware."

How common is this?

Siciliano says that "iPhone viruses are, in fact, common amongst those who jailbreak their devices." Once users break those barriers, they open themselves (and their phones) up to all kinds of risks, including viruses.

But most iPhone users have nothing to worry about, according to Tomaschek. "The good news is that it is extremely uncommon for iPhones to get viruses due to the stringent security measures Apple builds into their devices, along with the App Store security requirements for app developers. Everyday iPhone users typically won't have the need to jailbreak their devices, so their risk of contracting malware on their device is much lower than those users who choose to jailbreak their iPhones."

How can users protect their iPhones from viruses?

The answer to this question is pretty simple. "Number one, don't jailbreak your iPhone," Siciliano says. "Additionally, do not download or attempt to download software from outside of iTunes."

Tomaschek agrees. "Besides being a risky maneuver that voids any warranty and can render your iPhone damaged beyond repair, jailbreaking can decrease the overall security of your iPhone and considerably increase the device's risk of being infected with malware," he says.

However, there are a few other precautions you can take to ensure your iPhone's safety. "Another way to protect your iPhone from malware, especially if you have a jailbroken device, is to closely examine the developer's description along with the download numbers and user reviews associated with any app you are considering downloading," says Tomaschek. "If the developer's description contains misspellings or other grammatical errors if the download numbers are low, and if the user reviews are generally unfavorable, it is usually best to stay away and not risk downloading an app that may potentially contain malware." And just so you know, if these apps are still on your phone, someone may be spying on you.

What other iPhone threats should users know about?

"The biggest threat that users face is via software downloaded through iTunes that is grabbing more data than the user would prefer," Siciliano says. "And interestingly, the user often provides permission via the terms of service, approving of that additional data being taken." To prevent this, read app reviews and pay attention to the terms of service you're agreeing to. Siciliano says the free apps are often the biggest culprits.

iPhone users also need to be careful about phishing scams, Tomaschek says. "These scams often target iPhone users through email and via text message and can be used to steal sensitive personal information from the user or even inject malware onto the user's device," he explains.

To protect yourself, you should never click on any links or download any attachments from unsolicited emails or text messages. "The links can lead to phishing sites that may superficially appear to be legitimate but are actually designed to steal your personal information, and attachments can contain malware," Tomaschek says. "Look out for misspellings and grammatical mistakes within the email or text message, along with any other anomalies, including the sender's email address not matching up with the company that supposedly sent the email or a Web address that doesn't exactly match up with a site's official Web address."

All of this can indicate a phishing scam. "Your best bet is to simply delete the email entirely," he adds. "Do not click on any links or attachments, and do not engage with the sender." Here are a few other red flags that you're about to fall for a phishing email.

Man in the middle

Another risk iPhone users need to be cognizant of is what Tomaschek refers to as "man in the middle" attacks. "Such an attack can often occur when the user is connected to an unsecured public Wi-Fi hotspot," he explains. "Hackers can easily intercept sensitive data traveling from a user's device across the Internet to another device or website when the network being used is not properly secured."

The best way users can protect themselves from these types of attacks is by downloading a VPN app to protect your phone when you are using public Wi-Fi. "A VPN (virtual private network) will fully encrypt all of your online communications by routing your connection through a secure tunnel to a server in a remote location, effectively hiding all of your activity and data transmissions from hackers or anyone else lurking on the unsecured network," he says.

Stay safe by staying up to date

Siciliano suggests that iPhone users keep their operating system and applications as up to date as possible. "Out-of-date software can include various flaws or vulnerabilities that could make the data on the device vulnerable," he explains.

"A little common sense can go a long way in protecting your iPhone from becoming infected with malware and in protecting your sensitive data online," Tomaschek adds. "It is important to be aware of the risks and know what to look out for. If something looks off for any reason or if an offer seems too good to be true, then you may be dealing with a scam or a malicious piece of software that can compromise your iPhone."

At the end of the day, it all comes down to being smart about how you use your phone. "Apple does quite a bit to protect their users from various security threats, but that doesn't necessarily mean that you can or should use your iPhone in a manner that completely neglects your digital security," Tomaschek says. "Knowing what you yourself can also do to protect your digital privacy online is necessary for ensuring your iPhone stays secure and your data is properly protected." Next, find out the 15 things you're doing to your iPhone that Apple experts wouldn't.

Can iPhones Get Viruses?, Source:https://www.rd.com/advice/can-iphones-get-viruses/