How Idaho Became the Least Wasteful State in the Country 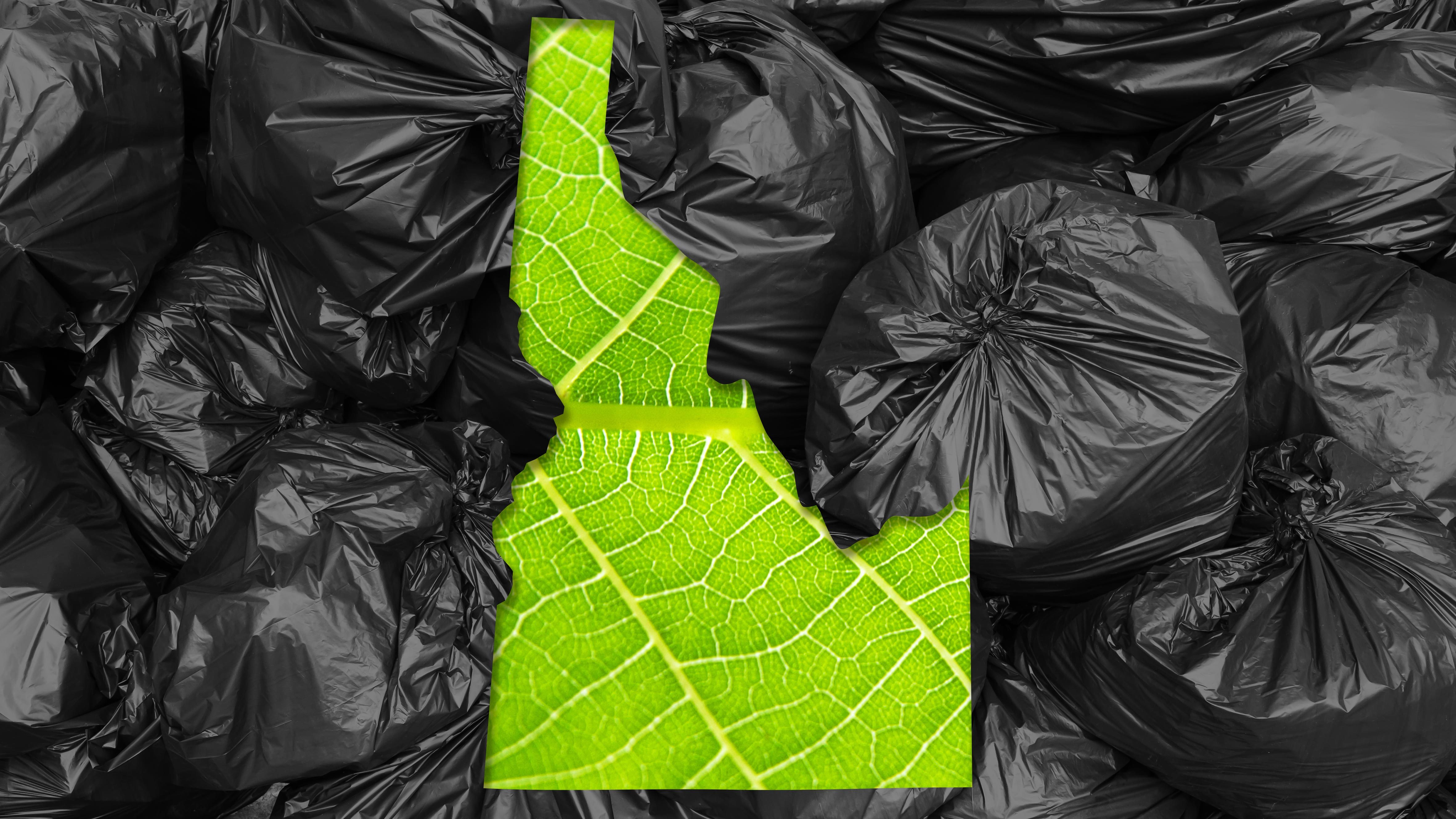 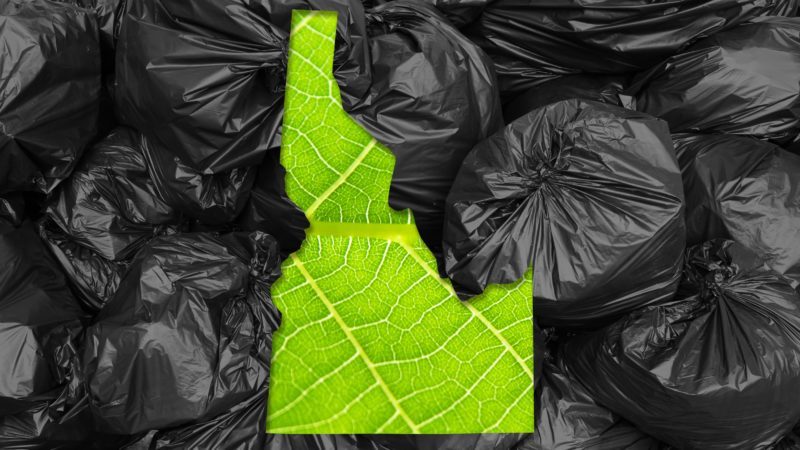 Wondering how your community can cut back on waste? Check out what Idaho is doing with innovative energy sources, recycling programs, and more.

When you think about the greenest states in the country, what comes to mind? California? Maybe Washington? It may come as a shock, but according to a new report by Zippia.com, Idaho ranks as the least wasteful state in the country. If you find that surprising, you won't believe what the cleanest nation in the world is.

So, how did Idaho earn that title? Its residents throw away the least amount of garbage each year. This is based on how much landfill waste is present in each state in relation to the population. Idaho, North Dakota, and Connecticut were the clear winners, while Pennsylvania, Colorado, and California came in last. "Idaho residents have less than ten tons of landfill waste per person—putting them way ahead of Californians, who average 35 tons of landfill garbage per person," says Zippia's marketing manager, Kathy Morris. "Idaho residents also deal with less landfill gas than all but a handful of states."

According to the report, the average American throws away 4.4 pounds of trash each day. That adds up to 728,000 tons of daily garbage from the United States alone. Thankfully, states like Idaho are implementing innovative changes that others can follow. Here's what they're doing.

Idaho was an early adopter of green energy sources like wind and geothermal power. Now, it has a thriving wind-power industry and is one of only six states with commercial geothermal electricity. Geothermal power plants are able to create energy using water and heat that comes from dry steam wells or from hot-water wells. The steam then powers a turbine that generates electricity.

Because Idaho has never had a large supply of fossil fuels to rely on, leaders had to become more creative with their power sources. "Idaho has plentiful rivers for hydroelectric power," says Morris. "Similarly, Idaho has some of the best geothermal potentials in the country." And because Idaho is not as densely populated as most other states, it's able to take advantage of the space for wind-power sources.

In fact, Idaho Power, the local utility company, has pledged to use 100 percent clean energy by 2045. Investing in cleaner energy sources cuts landfill waste from coal ash and other byproducts of the coal industry. Idaho's focus on cleaner energy sources also affects the air residents breathe. Landfills let off dangerous carbon dioxide and methane gases, which contribute to smog and global warming. By cutting back on the amount of waste hitting landfills, Idaho has achieved one of the lowest rates of landfill gas emissions in the country.

When Boise leaders realized how much food was ending up in the local landfill, they took bold steps to cut back on food waste. According to Edible Idaho, about 46 percent of the waste in Boise's landfill fell into the "organic" category. So, in 2017, the local government initiated a citywide composting program, where Boise residents could have their organic waste picked up at the curb along with their regular recycling. The city's composting facility now receives an average of 112 tons of compostable materials daily. Residents are then able to pick up the compost soil for their own gardening or farming, free of charge. If your city doesn't have a similar program, here are 10 tricks to start composting on your own. 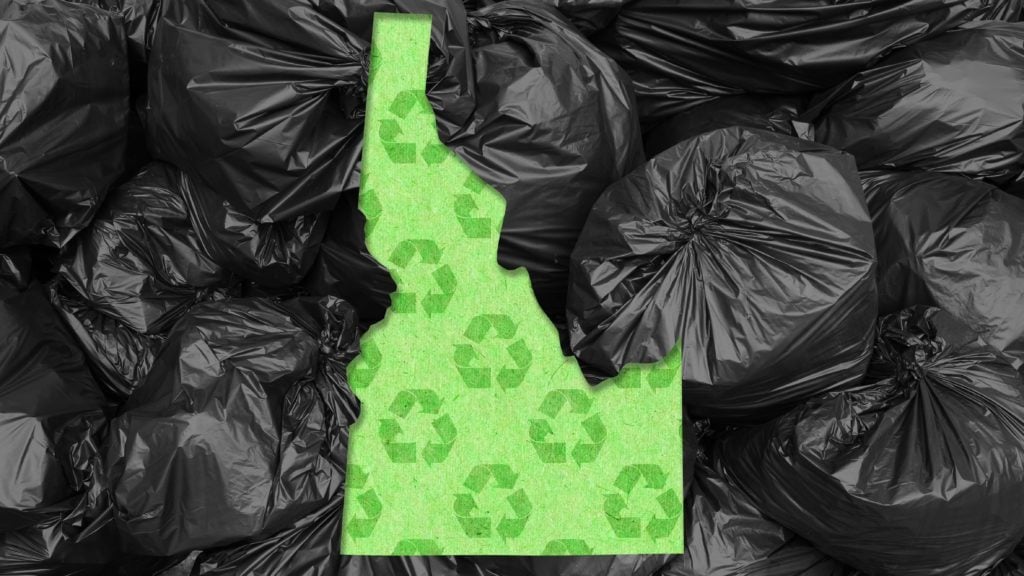 If you tend to buy less, chances are you're throwing out less as well. One possible reason why Idaho is less wasteful than the rest of the country has to do with consumer spending habits. According to a report by the Bureau of Economic Analysis, Idahoans average about $36,777 in personal spending each year, compared with $42,757 for the average American. (And watch out for the big spenders in the District of Columbia, who average $63,151 per person annually.)

Idahoans manage to keep waste out of their landfills partly because of their strong commitment to recycling. Because Idaho has a vast array of communities—from urban areas in Boise to the surrounding suburbs and sprawling rural neighborhoods and farms—no two recycling programs in the state are alike. Each town has developed its own unique program based on its needs and resources. Rural areas utilize drop-off recycling centers to cut costs, while cities use curbside pickup. These customized recycling programs make it easier for residents to cut waste and spending. Find out what recycling will most likely look like in ten years.

Boise residents don't have to worry about what to do with their non-recyclable items. According to the Idaho Statesman, Boise leaders instituted the Hefty Energy Bag program in 2018 to reduce the number of non-recyclable plastics in Idaho landfills. Residents receive an orange bag for their plastics that can't be recycled, such as milk jugs and water bottles, then place them in their recycling bins for curbside pickup. Those items are then smashed, baled, and loaded onto a truck headed to Salt Lake City. There, the smashed plastics are turned into diesel fuel, keeping thousands of pounds of plastic out of landfills. Next, find out more about what happens to your recycled plastic.

How Idaho Became the Least Wasteful State in the Country, Source:https://www.rd.com/home/cleaning-organizing/idaho-least-wasteful-state/