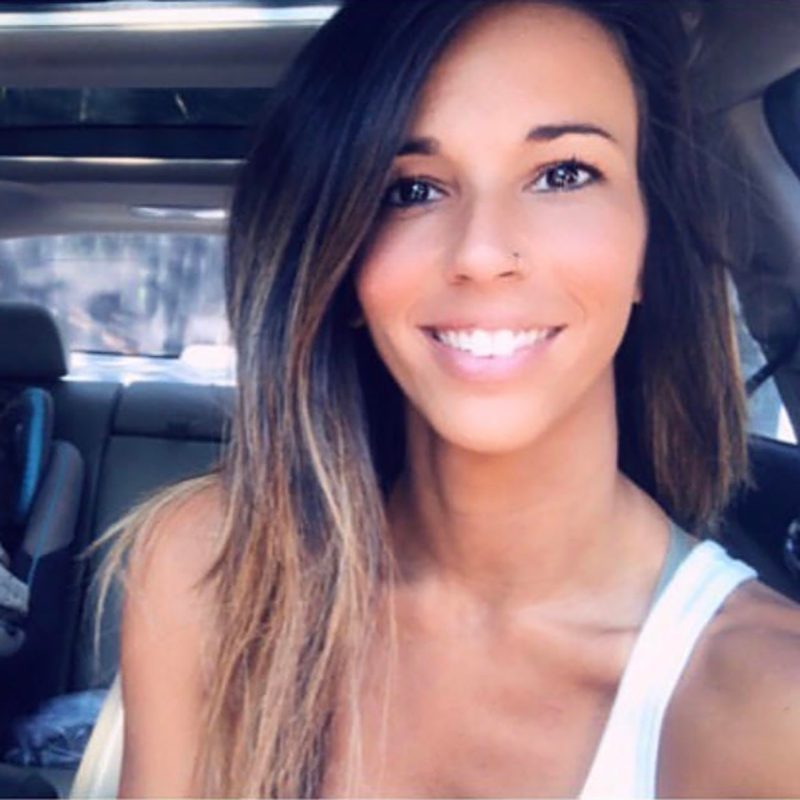 Growing up, my brother and I had the typical older-sister, younger-brother relationship. He loved to annoy me and I always wanted to boss him around. I am five years older so we didn't really share friends or activities but for the most part we always got along well. That all changed in January 2013 when my mom died of an unexpected heart attack. (Here's why sibling relationships matter.)

Grief does strange things to people. My brother and I dealt with her death in very different ways. He and my mom were very close so he was devastated by her death. He was just 18 years old at the time and channeled his feelings into finishing his senior year of high school: prom, graduation, choosing a college, etc.

I, on the other hand, turned to drugs. I'd been prescribed Percocet, an opioid painkiller, for years to help with my chronic kidney disease and I'd never abused it. But that changed in an instant: The night my mother died was the night opiates took over my life. I remember swallowing a handful of painkillers and then calling a local drug dealer to meet me in the parking lot of the hospital to bring me more pills. I remember thinking to myself, "There's no way I can be a mother to my son, support for my dad, and help my brother without being emotionally numb." I thought I was doing everyone a favor by self-medicating and ignoring my feelings. The truth is, I was doing everyone a disservice—including myself. Instead of supporting them, I quickly became emotionally inept and unavailable. Sound familiar? Check out these 10 signs you might be addicted to pain pills.

The tension between my brother and I started a couple of years before my mother's death. My mother and I had a tumultuous relationship. I had my son in my early 20s and didn't deal with being a single mom well, drinking more and using any excuse to leave my son with her. My brother saw me taking advantage of our mom and he resented all the chaos my irresponsibility caused in our family. He also saw me go through several bad relationships, which made him very protective of me yet also very angry with the fact that I continued to settle for far less than I deserved. His feelings of powerlessness increased his fear and resentment of me. Our mother's death was the breaking point. (A family death is just one of the reasons why adult siblings stop speaking to each other.)

Not long after my mom died my father took a promotion with his job and moved across the country, my brother went away to college, and I found myself alone with my son. The only way I can describe that time is "insane." My addiction progressed and I became even more erratic and irresponsible. My relationships with everyone I loved declined as I became more and more explosive. I began to isolate myself more and more every day.

I even risked losing my son to my addiction when child protective services (CPS) became concerned enough about my ability to be a good parent that they opened an investigation. To keep my son I had to pass regular drug screenings. One of the most insane moments happened when I somehow thought I could take drugs right outside of the CPS office and still pass a hair follicle drug test. It wasn't until I landed in jail and was faced with the prospect of losing my son that I was willing to accept that maybe I had a problem. I'll never forget the fear on my brother's face when he came to the precinct because the police were trying to get him to talk sense into me. We hadn't talked in months but he was still willing to help me. In my defiance, I refused to cooperate, demanded a lawyer, and began to succumb to opiate withdrawal in jail. This was one of the lowest points of my life and certainly the lowest point in our relationship. I remember that he physically had to hold me back and I could feel the anger and fear resonating from his skin to mine. I could see the hopelessness in his eyes. It wasn't long after that day that he just stopped talking to me. Seeing him walk away from me, physically and emotionally, was one of the worst feelings I've ever experienced.

My brother was baffled by my decisions. He truly believed that addiction was a moral failing and didn't realize addiction is a mental illness. Completely out of patience with me, he wasn't there when I walked out of jail two days later. I felt abandoned and absolutely broken but the insanity continued as I still didn't see how my problems had anything to do with my drug or alcohol abuse. I was convinced I was a victim of circumstance and bad luck. But then the women from CPS came and offered me a second chance; I like to call them my real-life angels! They told me if I got treatment for my addictions then they would close the case and I could keep my son. It was the reality check I needed and I made a commitment to get sober for him. I moved to Florida and started treatment.

For the next five years, while I did the hard work necessary to get clean, I didn't hear much from my brother. He was occupied living his life and, angry and tired of my chaos, had cut off contact with me. I don't blame him one bit.

When I got sober I wanted to make amends with my brother but he wasn't ready. Then, in 2018, our cousin died and, overcome with grief over losing another family member, my brother finally decided to answer my calls. I told him how truly sorry I was for what I'd put him through. I apologized for all the times that my addiction was the topic of conversation over a family dinner that was supposed to be celebrating his achievements, for all the times I wasn't there when he needed me, and for all the times I disappointed him.

At first he was reluctant to believe I was serious or even truthfully sober. But as he saw the work I put into my recovery and the woman and mother I've become, he began to let go of his anger. He learned that addiction is not a matter of willpower but instead a mental illness that knows no prejudice. Little by little, through many difficult conversations, we repaired our fractured relationship.

Now, we talk at least once every single day, Facetiming each other with jokes and typical sibling rivalry. We also have heartfelt talks, where we share our feelings and ask for advice. Recently, he told me he's proud of me and I've changed how he views the disease of addiction. Hearing my baby brother say those words to me was one of the best moments of my recovery.

This past January I went to visit my brother in Atlanta, to celebrate my birthday and the anniversary of our mom's death. We spent a whole week together, just him and I. We didn't do anything special, just spent time together. It felt like home like I'd finally found my family again.

Today, I have a relationship with my brother that, in my darkest moments, I thought I'd never have. Thanks to sobriety and forgiveness, I'm finally able to be the sister I never was to him and he has become one of my best friends. I know our mother would be so proud. I remember someone telling me that my mother's death would either destroy our family or bring us closer together. At first, it ripped our family apart but, from ashes to beauty, I firmly believe her death and all of the bumps along the way have made us closer than ever. I am forever grateful.

To learn more about Patricia's story follow her on Instagram or at Stodzy Internet Marketing, the recovery-based digital marketing company where she works.

Want more? You'll love these funny sibling stories that will make you glad you're not an only child.

I Didn't Speak to My Brother for 6 Years—Here's What Finally Brought Us Back Together, Source:https://www.rd.com/advice/relationships/estranged-brother/