I Survived Coronavirus—Here’s What I Want You to Know 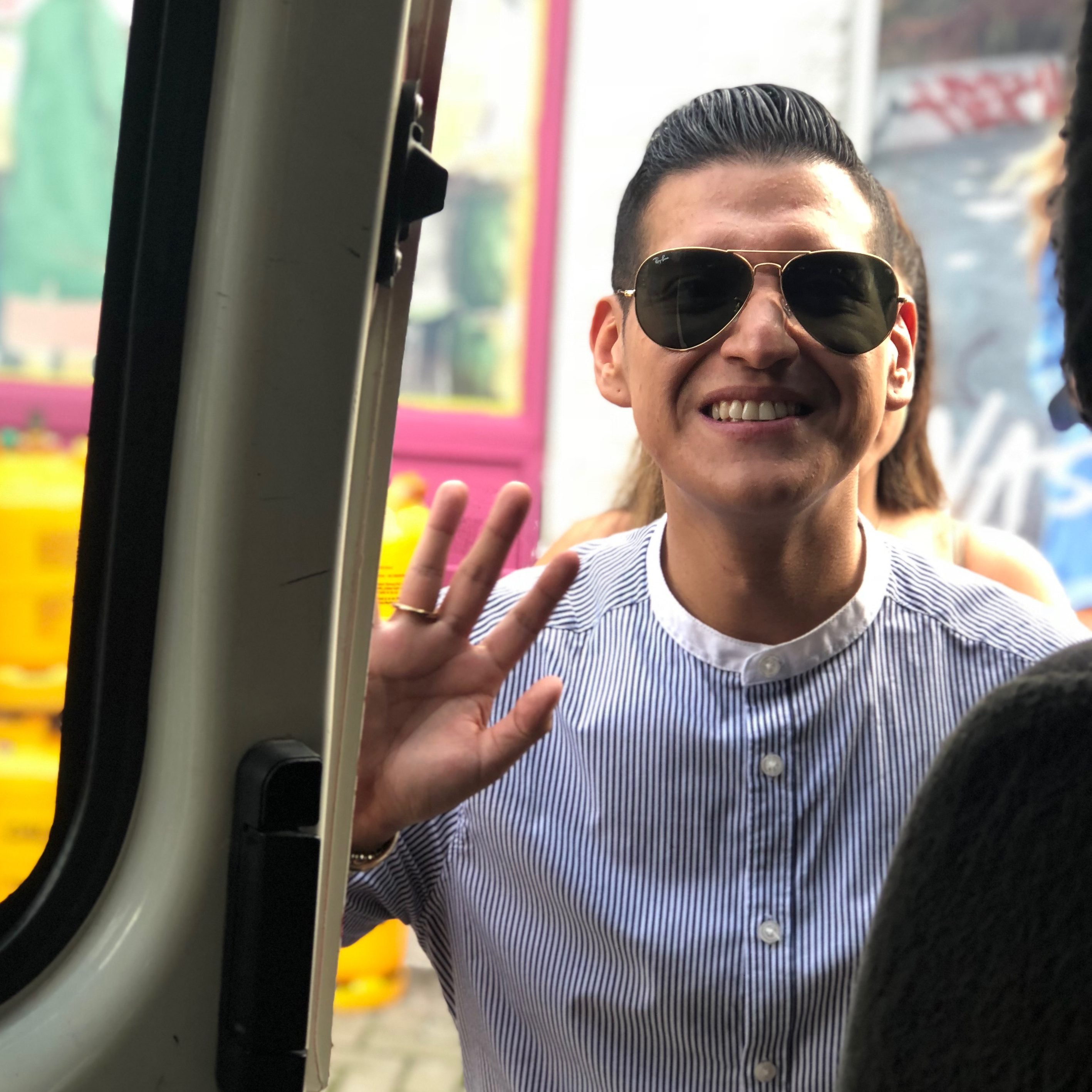 Battling coronavirus is an experience that will forever be etched in my mind. I had what's considered a mild case, but even in its weakest form, this virus is brutal. Now that I've recovered, I'm sharing my story because I want people to take this situation seriously. Others won't be so lucky to face coronavirus head-on and come out the other side alive. To turn things around, we have to stay home. We have to fight this battle together—and we have to win.

Where it all began

My boyfriend and I have been trying to trace our steps back to where we first came into contact with coronavirus, and we think it was the night we went out to celebrate his sister-in-law's 40th birthday in early March. We went to a Mexican restaurant on Long Island that Friday night, and we shared lots of laughs and food. We took turns placing our straws into this mega margarita, passing it around the table.

We didn't think anything of it at the time, of course. The news was just beginning to report the spread of COVID-19 in America, so it wasn't exactly at the forefront of my mind. I was still living my life just as I always had—riding the train to work each day, working long hours, going out with friends and family, and, yes, sharing margaritas. Sharing food and drinks is one of the 13 everyday habits that could (and should) change forever after coronavirus.

Looking back now, I think that must have been the start of it all. My boyfriend, Louis, began showing symptoms on Monday, but we assumed it was a typical cold. He works from home, so we figured it would just blow over. He had body aches and a minor fever for five days, but it didn't seem a cause for concern. Then it took me down.

Working in the midst of chaos 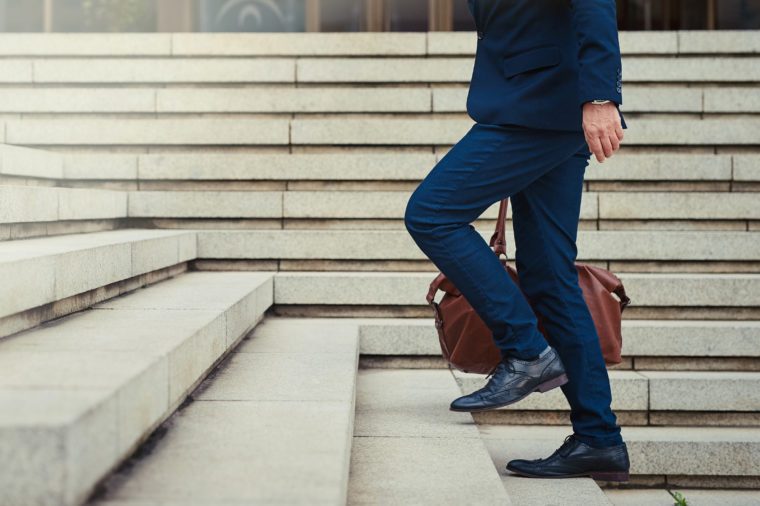 I worked for a home-textile company at the time, and even though news about coronavirus was all around us, we continued to work as usual. In fact, we received twice as many deliveries from China that week, as its factories were back up and finally running again. People in the office began to get something that seemed like a cold virus, but most of them still kept coming to work.

My symptoms began on Monday, March 16. It had been a week since Louis had been sick. It all began with a low fever, about 99 to 100 degrees. I felt really weak, but I still went to work. By the day's end, I told my boss I had to leave. At this point, coronavirus had begun to take over New York, so I was told to work from home. On Tuesday, the headache started. It was so intense that I had to lie down—it was too difficult to keep my head up. The pain was mainly behind my eyes, like a very heavy sinus headache.

From bad to worse

By the end of the week, I knew something was off. This wasn't what a typical illness felt like. Everything hurt. I felt a bit disoriented, and the headache became debilitating. Louis and I decided it was time I seek medical help. My fever was only 100.6 degrees, but it felt like my skin was being pulled in opposite directions. That's when I got really scared. My knees, hands, and even my earlobes hurt. My entire body tingled like it had fallen asleep.

We went to nearby urgent care, where I filled out paperwork and waited for the doctor. After examining me, the doctor said he was certain I would test positive for coronavirus, but gave me the option to test if I wanted to know for sure. He was confident that I'd contracted it from Louis. I opted to be tested, but I didn't receive my results until a week later.

After the fact, I learned that quick results are only given at the hospital. The test consisted of the doctor putting a very long cotton swab as far up my nose as possible—it felt like it went to my forehead. He sent me home with advice to take Tylenol but said there was nothing more he could do for me. He also stressed the importance of staying hydrated. On the way home, we bought whatever Tylenol we could find at the store.

Finding medication, along with many other essentials, is difficult right now—which makes things extra hard for the people who really need it. Here are more reasons why panic buying isn't actually helpful. 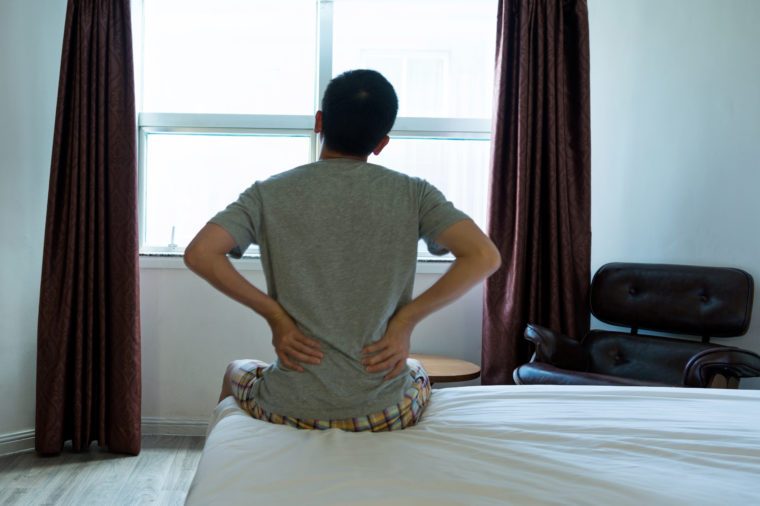 That Saturday evening was the absolute worst. My fever spiked to 101.8 degrees, and I couldn't sleep. I was sweating profusely, and my knees, hips, and back were in excruciating pain. It was as though I had run a marathon that I never trained for. I couldn't shake it. I lost my sense of taste and smell, which led me to over-seasoning my food in the hopes that I could taste something. It didn't work. Then I developed stomach pain and diarrhea. Oddly enough, the dry cough I developed only arrived at the very end. My symptoms were reversed, according to most of the anecdotes I've heard about the novel coronavirus.

As I lay there, just trying to survive each day, my fear of having to go to an already overwhelmed hospital was palpable. I was terrified that I'd be forced to seek help and that there wouldn't be enough doctors, nurses, ventilators, or beds to help me. I was scared that there was no cure and no vaccine. The thought of being alone, and possibly dying alone, in the hospital, weighed heavily on my thoughts. I didn't know how much worse I was going to get, and I feared the uncertainty of it all.

My fever finally broke the following Wednesday. I went to bed that night, and the next morning I awoke to a perfect 98.6-degree temperature that remained consistent. It was such a relief. Two days later, the health department called me with the news that I'd tested positive for COVID-19. By then, I was feeling mostly back to myself again, except for a lingering dry cough.

What I wish I'd known earlier

Looking back, I really wish that people had taken this virus more seriously earlier. In New York City, we all live on top of one another, and even just taking the train to work is exposing us. I wish people understood how severe this is, even when you get a "mild" case, like mine. I know a lot of doctors are talking about possibly having immunity after contracting the virus, but I'm still wearing a mask in public from now on. While we don't know if it's at all possible, I don't want to catch this again. I'm not taking chances. I know they say the media blows things out of proportion, but that's not true with this. This was really painful, and we got lucky.

Next, find out what other people infected with coronavirus want you to know.

I Survived Coronavirus—Here's What I Want You to Know, Source:https://www.rd.com/health/i-survived-coronavirus-what-i-want-you-to-know/