What Does Catnip Do to Cats? 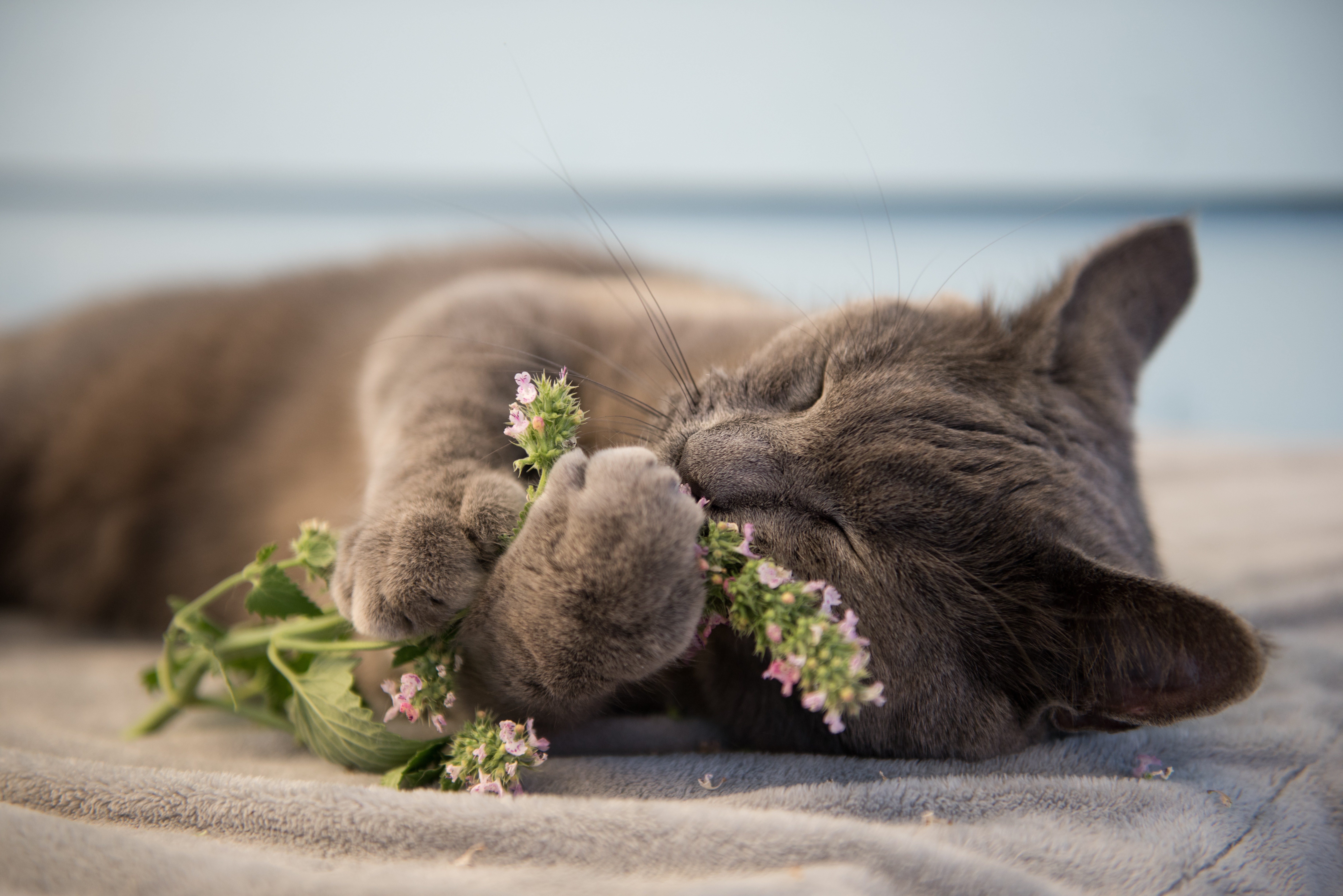 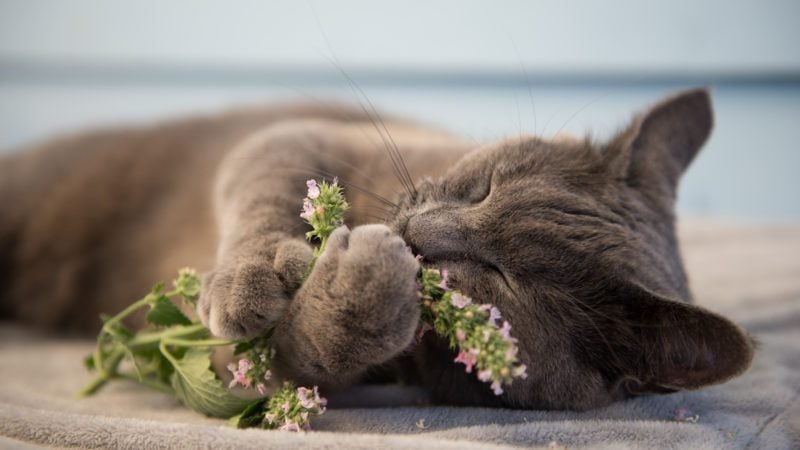 Does catnip really get your cat high? Here's what catnip does to cats—and why they go crazy for it.

An interesting phenomenon is seeing cats go off their scratcher for catnip, which is an herb. Who knew that sniffing or eating this plant would make cats act in such interesting ways? Our entertainment aside, catnip has proven benefits for felines—but that still leaves us with the question, what does catnip do to cats?

Where did catnip come from?

Nepeta cataria, the scientific name for catnip, is an herb in the mint family. It can grow up to three feet high. Indigenous to Europe, it was transplanted to North America during European settlement. But catnip actually isn't the only herb known to get cats to boogie. A study suggests that valerian root, silver vine, and Tatarian honeysuckle can also have a similar effect on cats' behavior to catnip. These alternative herbs are safe, but here are 12 dangerous mistakes cat owners should never make.

So, what does catnip do to cats?

Cats are receptive to a volatile oil (an oil that evaporates in the air) found in the stems and leaves of the catnip herb. When cats get a whiff of catnip, they behave similarly to female cats in heat—erratic movements, strange howls, and all. This out-of-fur experience is due to the active ingredient in the oil, nepetalactone. It binds to receptors inside the cat's nose and drives its sensory neurons crazy, according to Daniel Rotman, CEO of PrettyLitter.

However, when a cat eats the herb, it has a calming effect. "If the catnip is ingested, it causes fatigue and works as a sedative. For cats that sniff catnip and rub against the plants, they'll get more of the stimulating effects," Rotman said. "Both smelling and ingesting catnip is safe for your feline family member." Cats can't only eat catnip treats—the best dry foods for cats will hold them over.

How long does it last?

Catnip's effects have a ticking clock—about five to 30 minutes, Rotman says. This is all dependent on the cat because only two-thirds of adult cats are affected by catnip, according to a study. "About 50 percent of cats seem to be affected by catnip, and the behavior that results varies widely between individuals," Rotman says. "[This] is an inherited sensitivity and it doesn't show up immediately. Instead, it will take a few months since young kittens are not affected." If you're interested in this little herb, you can make your own catnip crackers.

What are the benefits?

Under-stimulated house cats could do well to escape their bland surroundings. Cats are born to move (even if they do sleep crazy amounts!). Their razor-sharp instincts need to be housed in an equally stimulating home, studies show. If not, this leads to aggressive, depressed, or anxious behavior in cats—so watch out for these silent signs your cat is depressed.

Does catnip get your cat high?

Although catnip may seem like a drug, Rotman confirms that it's not addictive for cats. He does mention that catnip sometimes makes cats aggressive, though. "If you have a multi-cat household, it's recommended to introduce catnip to each cat individually to avoid any potential fighting," Rotman says. Now that you know how catnip affects your feline friend, you'll want to decode the rest of your kitty's behavior too.

What Does Catnip Do to Cats?, Source:https://www.rd.com/advice/pets/what-does-catnip-do-to-cats/