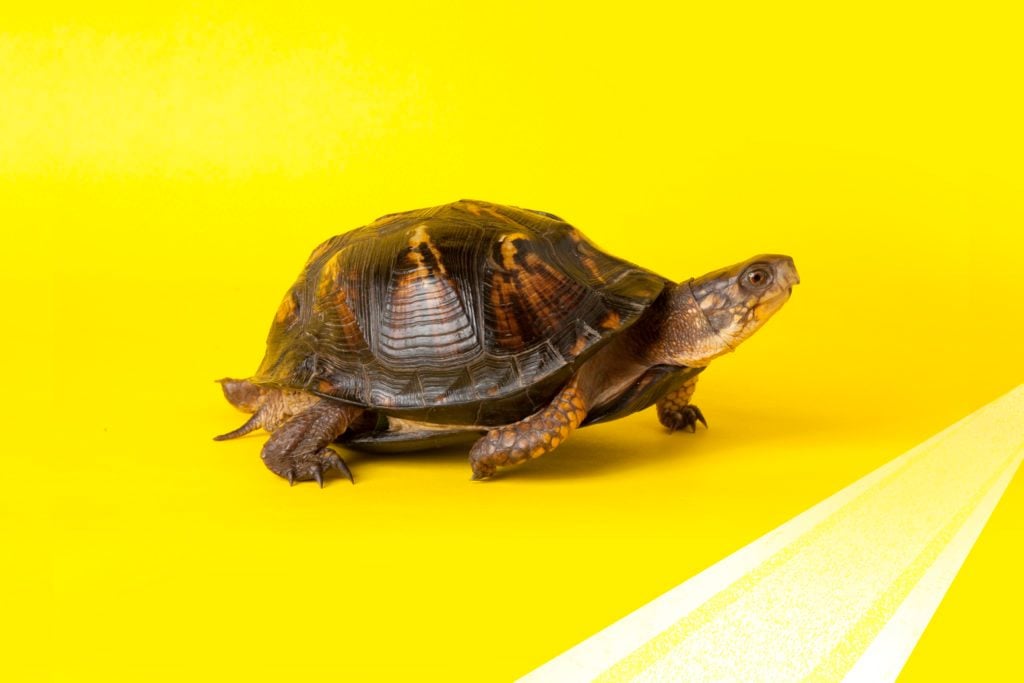 These small but brightly colored turtles with distinctive spiny ridges on their shell, and yellow lines around its head and body, live only around the Pascagoula River in southeast Mississippi. Also called a yellow-blotched sawback, its shell features concentric rings that look like contour markings on a map, and the outer rim of its shell looks like a series of sharp teeth. It's listed as a vulnerable species, but that's actually a step up from its previous categorization of endangered. Human involvement in the turtle's river habitat, including flood control, gravel mining, reservoir construction, and pollution, all contributed to its decline, which some conservation efforts have succeeded in stabilizing.