Having the Talk About Race and Racism with Our Children 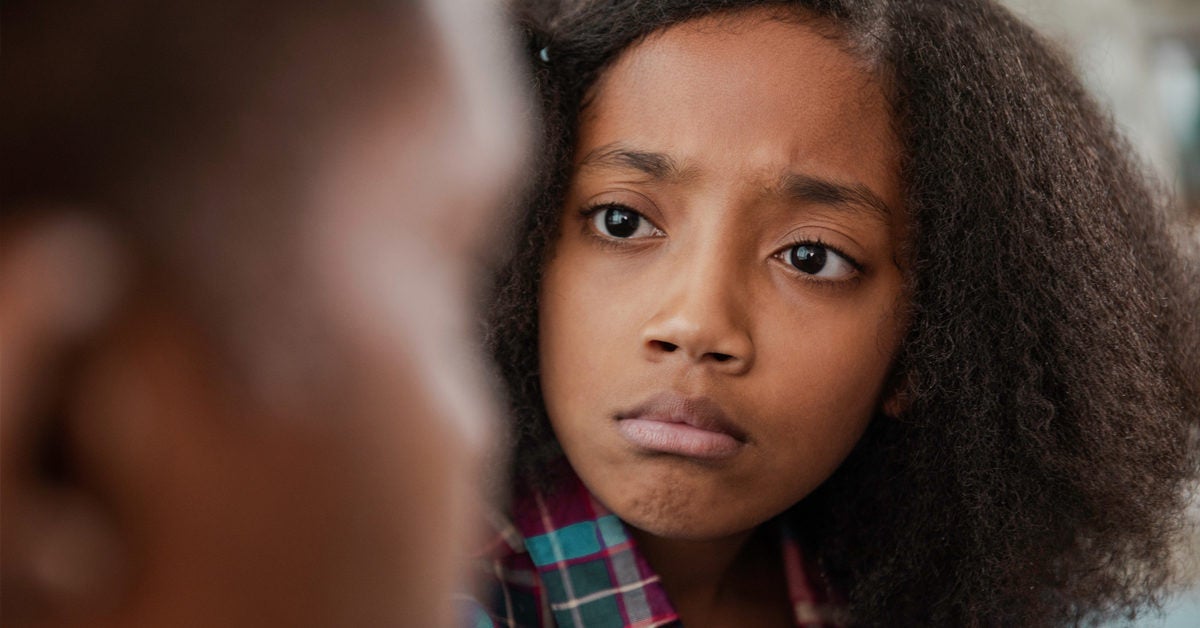 Having an honest conversation about the issues we're seeing today requires confronting the hard facts of privilege and how it works.

This is one of my favorite verses in the Bible. As a parent it is also my wish for my 5-year-old son. I have faith that everything I hope for, everything that I do not currently see in this country, will be available to him. At the top of the list of things I hope for is a long life.

We are black, and what has been evident in the last 2 weeks, is that our blackness is a liability. It is a hazard to our lives, to our ability to freely draw breath, without being questioned or killed because of it.

While I am very aware of this fact, my son is not, and yet one day soon, rather than later, he will need to know. He will need to know the rules of his duality — of the double-consciousness W.E.B. DuBois first discussed in the late 19th century — he must keep in an effort to survive.

So, how do I have the conversation? How does any parent have this conversation with their child? How do we broach a subject that is evolving with every new death, for every benign and innocuous activity that would result in such desperately different outcomes if the melanin in the skin of the victims were turned down to barely have tint?

Both Jennifer Harvey, a professor of Christian social ethics at Drake University in Des Moines, Iowa, and Dr. Joseph A. Jackson, a pediatrician at Duke University School of Medicine, believe this conversation about race, racism, freedom, and black liberation begins at birth.

"If my parents had started with me at birth, I could have been an ally so much sooner in my life and made far fewer mistakes and hurt fewer people in my learning journey," Harvey said to me when we spoke on the phone.

For Jackson, he will have to have the talk with each of his six children. For his 4-year-old daughter, his focus is affirming her in her blackness, in her beauty, in her ability to see beauty in difference. For his five sons the conversation takes a different shape with each child.

"I actually have a set of triplets, one of them I think is unaware of what's happening all around, and then I've got another who is completely broken over the problems in the world," Jackson said. "So, with those conversations I try to go in, in an age appropriate way to ask a lot of open-ended questions to draw them out."

But there is nothing truly age appropriate about black death, and the willful killings of black people by those in power who are protected by a white supremacist world order — a racist power structure that has been active and enforced since 1619.

"I think one of the things that's most weighty about this season is that there are things in the news that honestly don't surprise me," Jackson said.

As difficult and triggering as it is to see the final moments of life evaporate from someone's body after they've pleaded for breath, it is not new. America has a history of watching black people suffer and/or die for sport.

One hundred and one years after Red Summer it seems our country is there again. Instead of black people being dragged from their homes and hung from large trees in public squares in a lynching party, we are now shot dead in our own homes, in our churches, in our cars, in front of our children, and much, much more.

For black families having the talk about race and racism with their children there is a precarious balance we must strike between instilling reality and trying not to raise a generation who live in fear.

For white families having the talk, you must first understand history and the social structures you were born into and benefit from because of the privilege of your skin color. Then work lies in reconciling these things without being dismissive, defensive, or so laden with guilt you become apathetic — or worse, so distraught you can't focus outside yourself.

For help knowing what to say…

Still, there needs to be more than lip-service about allyship and standing in solidarity. It all sounds good, but will you show up?

Privilege serves a purpose. It's been used to prop up the majority in this country for so long, it's easy to understand how white people to turn a blind eye to black people's pain. It's a pain Dr. Jackson feels as his own.

"In this moment, we've all seen the video, and we know that life has been lost, mostly because of the color of [George Floyd's] skin. There was a privilege that other people standing around had in that moment and they didn't lay it down."

Having an honest conversation about the issues we're seeing today requires confronting the hard facts of privilege and how it works. It requires having the uncomfortable conversations around race, racism, bias, and oppression, and all of us striving to do better than the generation before us.

The onus is not on black people to teach white people how not to be racist. Every white person — man, woman, and child — will have to do the hard heart work throughout their life to effect lasting change.

Harvey said, "I really do think if we can get more white folks to stay off the sidelines, change will have to come. White folks are listened to in a different way, which isn't right, but it's part of how white supremacy functions."

While we as black people continue to bear the burden our people's suffering, forbearance and patience with white America are not the only lessons we have to offer our children. As much as our history is rooted in pain and trauma it is equally rooted in joy, love, and resilience.

So, while the scope and breadth of the talk will be different from home to home, family to family, and race to race, it is necessary.

It will be necessary for black families to strike a balance between pain, fear, pride, and joy.

It will be necessary for white families to strike a balance between empathetic understanding, shame, guilt, and knee-jerk defense mechanisms.

But in all this talking, in all of this conversing, we must not forget to put to work the lessons we are taught.

"I want for folks to not just be able to have the conversations but to actually live them," Jackson said.

"The work of white America right now is to look around and see where we are being asked to help and in what ways, and do that," Harvey said.

I couldn't agree with them more.

Nikesha Elise Williams is a two-time Emmy award-winning news producer and award-winning author. She was born and raised in Chicago, Illinois, and attended The Florida State University where she graduated with a Bachelor of Science degree in communication: mass media studies and honors English creative writing. Nikesha's debut novel, "Four Women," was awarded the 2018 Florida Authors and Publishers Association President's Award in the category of Adult Contemporary/Literary Fiction. "Four Women" was also recognized by the National Association of Black Journalists as an Outstanding Literary Work. Nikesha is a full-time writer and writing coach and has freelanced for several publications including VOX, Very Smart Brothas, and Shadow and Act. Nikesha lives in Jacksonville, Florida, but you can always find her online at contact@newwrites.com, Facebook.com/NikeshaElise or @Nikesha_Elise on Twitter and Instagram.

Having the Talk About Race and Racism with Our Children, Source:https://www.healthline.com/health/parenting/having-the-talk-about-race-and-racism