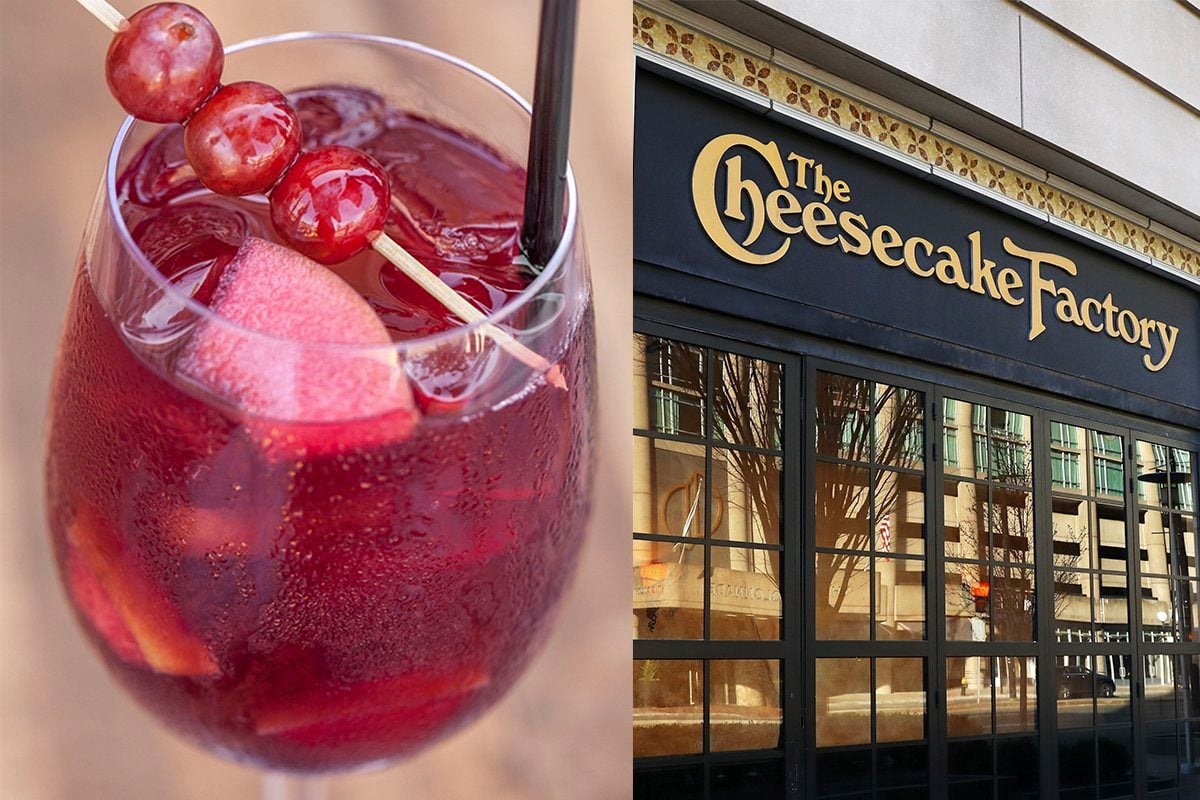 Everyone knows about the cheesecakes—but Cheesecake Factory red sangria is a sleeper hit.

As true fans know, Cheesecake Factory is way more than just cheesecake—here are some things you didn't know about it. The restaurant's multi-page menu has a number of hidden gems, including the signature Cheesecake Factory red sangria.

Now, thanks to the brand's generous spirit, you can sip the Factory's sangria any time you want. Cheesecake Factory shared its secret recipe for this refreshing Spanish creation, and we're ready to whip up a batch.

What's in the Cheesecake Factory's sangria?

It's the perfect blend of cabernet sauvignon, riesling, spiced rum, and three different fruit juices, plus cut oranges, apples, and pineapple. The semi-secret ingredient? Just a pinch of cinnamon.

If that sounds complicated (don't worry—it's not) Cheesecake Factory even posted a helpful video on Instagram to inspire the inner mixologist in all of us:

It's actually not far off from Taste of Home's own recipe for sangria. That recipe is easy enough to make at home, too. Here's a primer to get you started! You can easily substitute white wine for red if that's more your style. Looking for other Cheesecake Factory recipes? They just released a ton of their best ones.

Sure, it might be easier to just pick up a bottle of red sangria at Costco or Aldi and call it a day. But even Cheesecake Factory makes its cocktails from scratch!

If there's one good thing to come out of a global pandemic, it's that many of our favorite brands have shared recipes with us, like these secret recipes just released for the first time. It's a generous gesture for loyal fans who have been self-quarantining at home.

The Cheesecake Factory Just Shared the Secret Recipe for Its Red Sangria, Source:https://www.rd.com/article/cheesecake-factory-secret-red-sangria-recipe/