Why Is it Called a Hamburger If There’s No Ham? 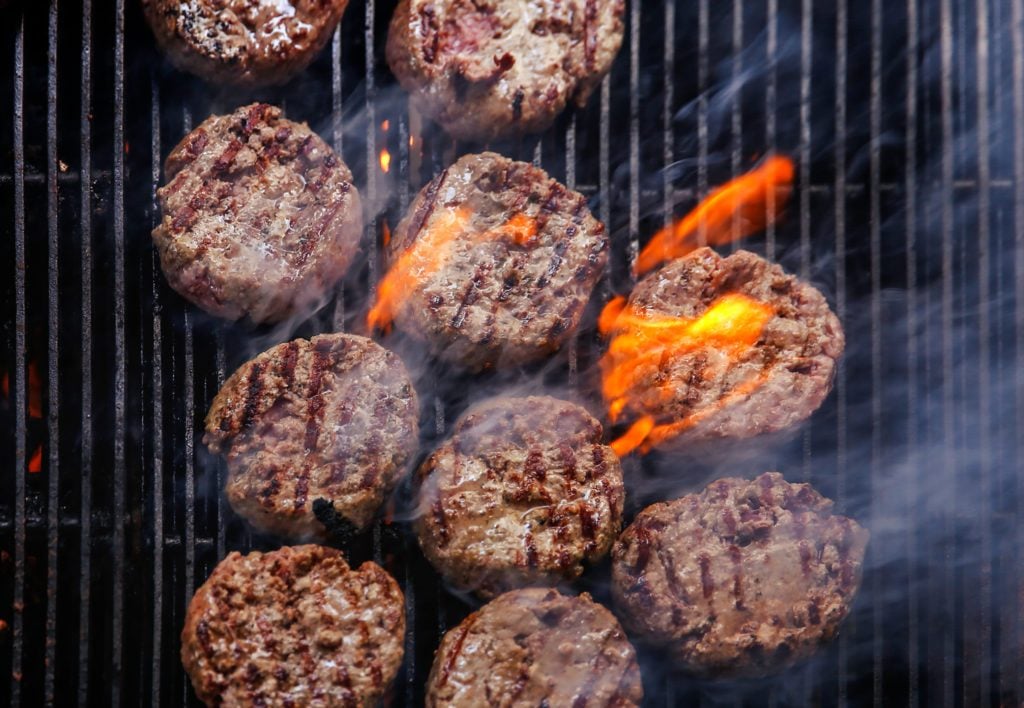 The hamburger has traveled around the world to get to where it is today with a namesake to remind us of the hamburger's humble origins.

You've seen hamburgers all around the world at a variety of restaurants with different toppings. But have you ever wondered why a hamburger is called a hamburger if there's no ham in it? It turns out, there's historical significance to this name. For more interesting origin stories, here's the surprising birthplace of 20 favorite foods and drinks.

All roads lead to Rome

Leave it to the Romans to develop concepts that will be used thousands of years later. Along with the idea of bound books, roads, and newspapers, the Romans in the 1st century AD may have contributed to the first concept of something that may have looked like a hamburger with flavors including ground or minced meat with pepper, wine flavorings, and pine nuts. Did you know ancient Romans also contributed to why we say the "dog days of summer"?

The idea of a burger doesn't stay in Rome for long. In the 13th century, Mongol horsemen rode across Asia while stashing raw meat beneath their saddles. This placement pounded the meat, tenderizing it and making it suitable enough to consume raw. Hundreds of years later in 1747, Hannah Glasse's English cookbook The Art of Cookery Made Plain and Easy included a recipe of smoked sausage of minced beef seasoned with suet, nutmeg, garlic, and other ingredients that came to be known as "Hamburg" sausage. In 1802, more than 50 years later, the Oxford English Dictionary includes the "Hamburg" steak in its publication and defines it as a "hard slab of salted, minced beef, often slightly smoked, mixed with onions and bread crumbs." The "Hamburg" steak was considered to be high-quality, gourmet, and expensive. But what's the significance of calling it "Hamburg"? For more German traditions, here's the reason why Oktoberfest starts in September.

How "Hamburg" comes into play

So how did this "Hamburg" steak transform into the modern burger we know and love today? You've probably called a hamburger by its abbreviated name, the burger, but did you know Hamburg is actually the second-largest city in Germany? Hamburg is a port city along the Elbe river in northern Germany and is now a tourist destination known for its museums, architecture, and markets. Back in the late 18th century, Germans emigrated to America on the Hamburg-America Line and brought with them the "Hamburg" steak, consisting of minced, salted beefsteak. For your reference, these are the safest types of meat to eat.

Flash forward to 1873 when Delmonico's, a steakhouse located in New York City, opened and displayed the "Hamburg" steak on its menu for a steep price—for the time period—of ten cents. There have been many claims to the official creator of the hamburger, including twelve years later in 1885 when, at a fair in Hamburg, New York, brothers Frank and Charles Menches were low on pork and decided to use beef in their sandwich instead. That same year thousands of miles away at the Outagamie County Fair in Seymour, Wisconsin, teenager Charlie Nagreen had a similar idea. Both claimed to be the hamburger's creators.

However, there are still contentions as to the true origin of the hamburger. In 1900, Louis Lassen of Louis' Lunch in New Haven, Connecticut, served what could be the modern hamburger with ground beef between two slices of bread. One hundred years later, the U.S. Library of Congress became involved and said that Louis Lassen in New Haven, Connecticut, had served the first American hamburger. If you're craving a hamburger, this what happens to your body after eating a fast-food burger.

It wasn't until 1904 that the burger gained national recognition at the St. Louis World's Fair. After a few bumps along the way with the publishing of Upton Sinclair's novel The Jungle, the opening of White Castle, the world's first burger chain, in 1921 helped the hamburger take off in the United States. All of this to say, the hamburger has traveled around the world to get to where it is today with a namesake to remind us of the hamburger's humble origins. Next, here are 10 American foods you'd never expect were American.

Why Is it Called a Hamburger If There's No Ham?, Source:https://www.rd.com/article/why-is-it-called-a-hamburger-if-theres-no-ham/