3 Best Ways to Protect Your Devices During Severe Weather 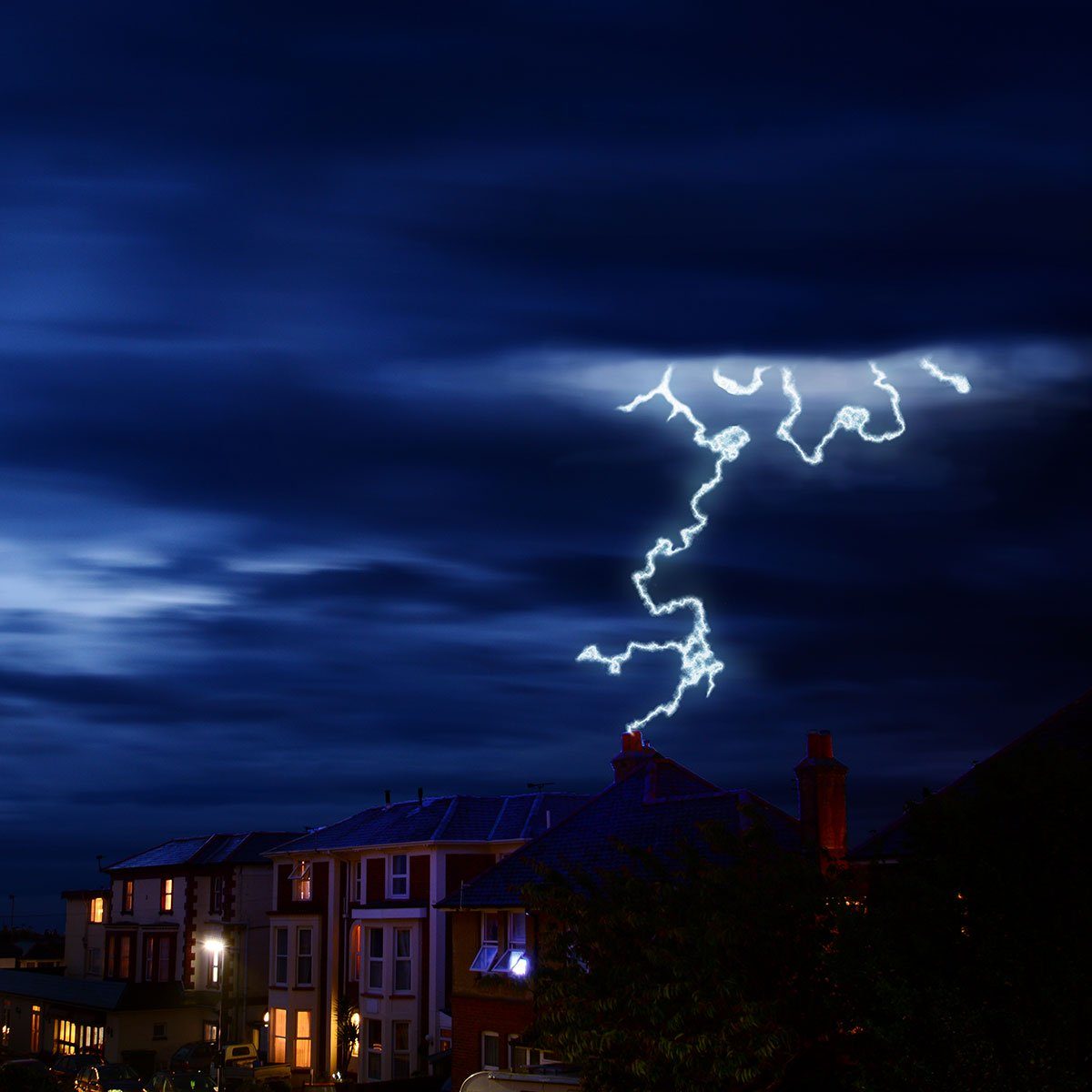 Don't let a nearby lightning strike destroy all of the high-tech gear in your home.

A big enough storm can do plenty of physical damage to a house's exterior, sometimes leaving homeowners with several major (and expensive) fixes to make once the dark clouds have passed on. (Here's how to protect your home and garden from some of those extreme weather conditions). But it's also possible for a storm to create a problem on the inside of the house that is just as much of a pain and just as expensive to fix. All it takes is for one charged bolt of lightning to hit a nearby electrical pole and bang—just like that, all of your electrical devices have been fried in a power surge.

It is possible, though, to protect those devices with just a few simple methods that will cost much less than replacing all of your electronics after a storm.

The easiest and most obvious way to keep lightning-induced power surges from frying all your tech is unplugging everything you can before the storm hits. Just go around the house and if you see a cord in an outlet, pull it out. This is especially important if you're going on any sort of extended trip. Leaving them all plugged in while you're away is an unnecessary risk.

The one exception to this is your home's Wi-Fi router. Some people can access cellular networks and connect to the Internet without their router being on. But if your home Wi-Fi network is your only means of connecting to the web, it's probably a bad idea to turn it off during a storm. Getting up-to-date information can be key to safety during severe storms, and cutting yourself off from your biggest source of news and storm updates isn't worth the cost of replacing your router should a freak lightning bolt knock it out. We don't have to rely on folklore anymore, though there is a surprising science basis surrounding most of it, so there's no reason for a lightning storm to take you by surprise.

Most people have heard the story of how Benjamin Franklin attached metal keys to his kites and flew them during storms to see if the metal attracted lightning. But did you know this madcap experiment inspired the modern lightning rod? Right around the time Franklin flew kites in storms, people started putting metal poles on their roofs to keep lightning from striking more vulnerable parts of their home.

Invented in 1753, lightning rods are still an effective way to protect a home. Lightning rods don't just keep lightning from hitting your house. They also draw it away from striking nearby structures like power lines and light poles, keeping the chances for a power surge at a minimum. Putting a lightning rod on top of your home might seem antiquated, but all of your high tech equipment will thank you. Some states are more susceptible to lightning storms than others, so you'll definitely want to check this out if that's you.

Unfortunately, you can't just go online, buy a bunch of cheap surge protectors, and call yourself protected from lightning strikes. Surge protectors will protect you from most minor spikes in power, sure. But most surge protectors can only handle surges up to around 4,000 joules, and the average lightning strike contains around one billion joules. There's little a surge protector can do against an electrical strike that is more than 250,000 times more powerful than what is rated to handle.

This doesn't mean junking all your surge protectors. Surge protectors can still protect your devices from distant lightning strikes and everyday power surges. But don't watch a storm rolling in and presume your tech is safe because you've got surge protectors. Instead, start pulling those plugs.

3 Best Ways to Protect Your Devices During Severe Weather, Source:https://www.rd.com/article/3-best-ways-to-protect-your-devices-during-severe-weather/