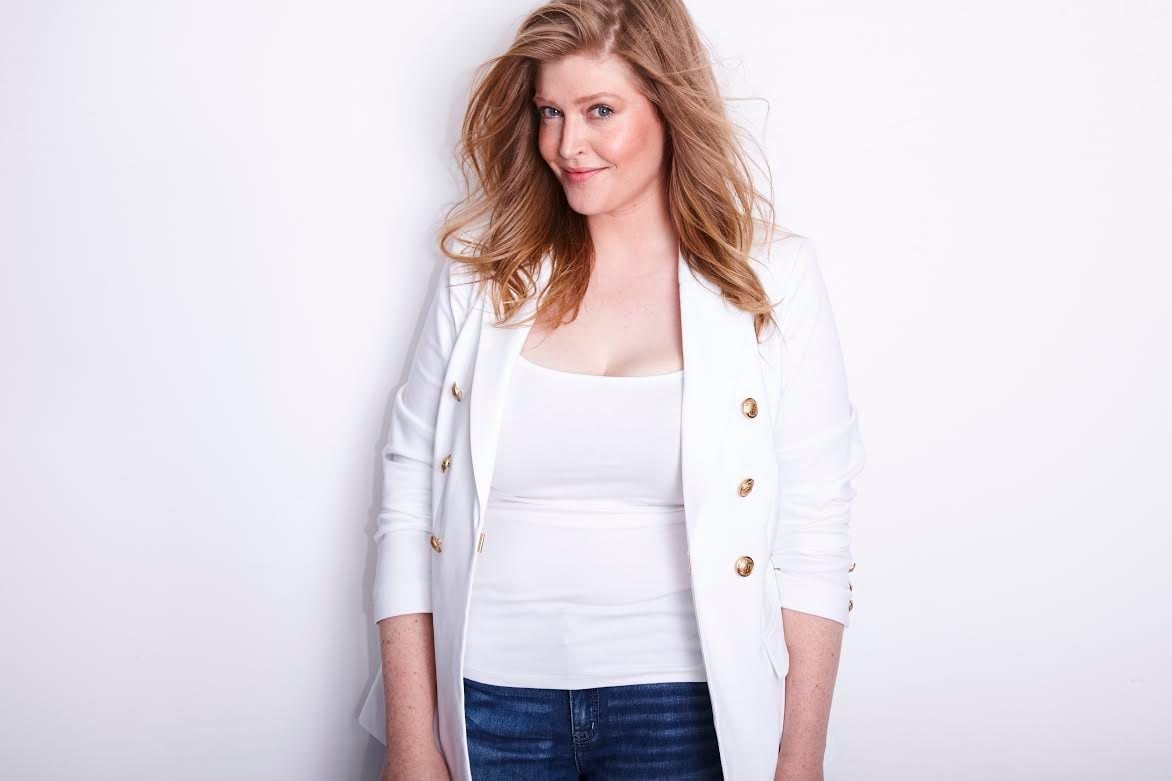 The model, body-positivity advocate and country star talks about how she ended up back in front of the camera, this time as co-host of a cooking show.

Meredith Shaw is a true Jill-of-all-trades. She was first scouted to model at the age of 14 and has since become an influential advocate for body positivity and inclusivity. She also has the country music world on lock, right down to recording in a legend's Texas studio. Now she's moved into the food world, creating her dream TV cooking show, Double Your Dish, with her partner. Here's what you need to know about this Toronto-based all-star, and how one experience in a make-up chair helped fuel her advocacy and shape her career.

Modelling helped her embrace her body

Shaw was 14 when she was approached about modelling while standing in line for concert tickets. But she never felt like she fit the mold and struggled with body image issues. Her parents always supported her goals "but as soon as it seemed like modelling was causing harm," she says, "they were like, 'we're done.' "

Later, at age 19, as she was getting her start in the music industry, a makeup artist told her she should consider plus size modeling. "At first, I was offended because I was still indoctrinated into the idea that I needed to be smaller than I was," she says. Today, she credits a huge transformation in her life to that moment: She got back in front of the camera. "I learned how to love my body through modeling. I felt fierce on set, and I fell in love with my natural body for the first time ever." Since then, she's made it her mission to help others fall in love with their own bodies. "If I can do it, so can you—just as you are, right now."

Shaw grew up in downtown Toronto and is a "city girl through and through," she says, though she has a strong connection to Alberta: Both of her lawyer parents grew up in the Western province and her entire family resides there. "Every summer and Christmas, we go visit; my grandparents had a farm. I feel very at home in Alberta." The Calgary Stampede also holds a special place in her heart. "My family was big into horses. My aunts were even crowned Stampede Queen and Stampede Princess."

She made a record in Willie Nelson's studio

Shaw studied music and drama at Ontario's Queen's University, where she also took opera lessons ("It put my voice in good shape to be able to stand late nights and a lot of travel," she says). Shortly after she launched her music career, she met Big Sugar front man Gordie Johnson through a band she was singing with at the time, and her world changed. (Did you know singing can raise your spirits?) Soon, she was writing and recording with her musical hero, Joel Plaskett, and even made a record with Johnson at Willie Nelson's famous Pedernales Studio in Austin, Texas. "His studio is so old school, everything there has a history," she says.

Later, Johnson tapped Shaw to help him write. And when Big Sugar set out on a reunion tour in 2011, he asked her to join them to sing with the band and open for them. "It was my little Almost Famous moment. We were in a big tour bus going from coast to coast, and I saw the whole country," she says. "I'm so grateful to have had that experience."

Shaw remembers the first time she laid eyes on her partner and Double Your Dish cohost, Toronto-based chef Rodney Bowers, cooking on a daytime TV show. "There was something about him that stopped me in my tracks," she says. A couple of years later, they met face to face at a radio event and the rest, as they say, is history. "He is my best friend — and I have got a lot of good girlfriends," she laughs.

A cooking show wasn't something Shaw ever thought about, but when Covid-19 isolation measures hit, she and Bowers started cooking on Instagram Live ("Everyone was doing it — we hopped on the bandwagon.") for Back in the Day Brunch, a radio show Meredith hosts every Sunday. They focused on creating two totally different dishes with the same ingredients — which struck a chord with viewers looking to stretch their grocery dollars.  Soon they got a call from CTV and the next day, their porch was full of production equipment. "Times are really tough," she says. "I hope that our show gives people some laughs and knowledge, and most of all, encouragement to get in the kitchen and have fun."

Having watched every season of RuPaul's Drag Race three times over, Shaw landed her dream gig when she was asked to co-host Can We Talk About. . . , the official after show for Canada's Drag Race, alongside Traci Melchor. "It has been the biggest joy of my entire life," she says. "I have so much respect for drag queens; for the RuPaul girls and now for our Canadian girls. They are beacons of hope, confidence and self-love."

Next: check out our roundup of the best meals and treats you need to make this summer.