Among vs. Between: What’s the Difference? 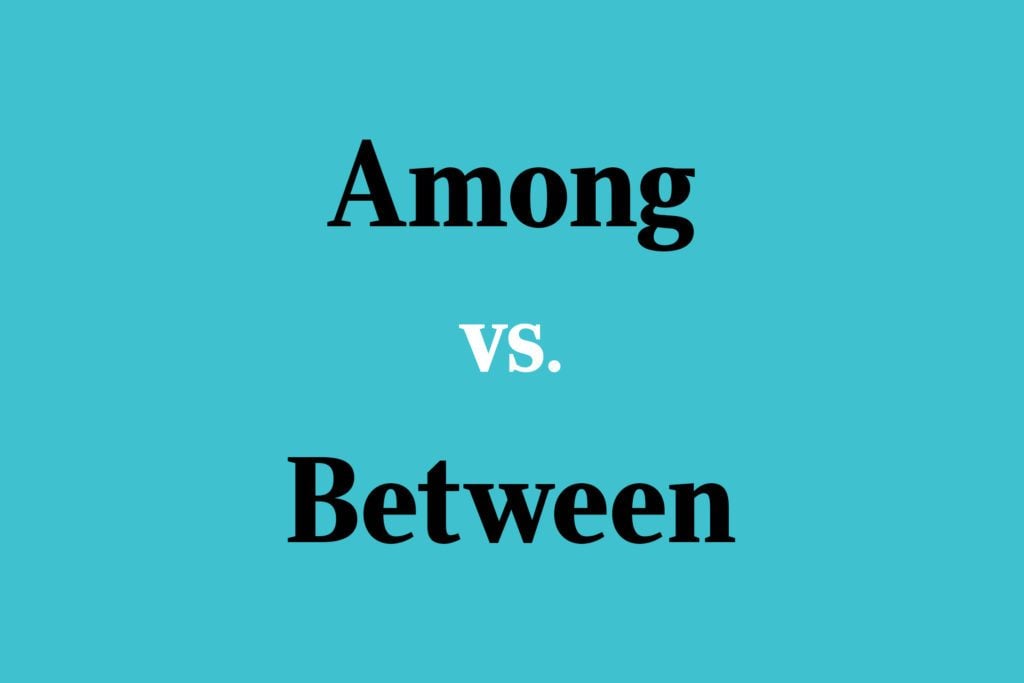 What's a small grammatical difference among friends! Or is it something different when it's between friends?

Right now, we're in a world of comparisons and differences—political, geographical, and even interpersonal. Theodore Roosevelt truly believed that "comparison is the thief of joy," (and that is not another horrendously misattributed Presidential quote). So, if that's true, we should at least be able to find some joy in understanding how to compare things correctly. Or, more accurately, how to discuss the relationship between or among people. Speaking of, is there a difference between those two words, or it is just another pair among the sea of the common word pairs that everyone confuses?

In the case of among vs. between, the question becomes which one is okay to use in each specific circumstance. But is there some hidden difference between the two or perhaps just an ill-deserved air of elitism when you say amongst? Just like further and farther (which do have different usages after all!)—have you been using them wrong this whole time?

The etymology of between and among

To start at the very beginning, the Merriam-Webster dictionary states that both words come from Old English. Among came first from "gemonge" meaning "in a crowd" or "to mingle or mix." Between, on the other hand, came a little later from the word "twā," meaning "two."

This is likely the reason many believe that between is only used for situations with two points of comparison, i.e. "Between you and I" or "I'm caught between two worlds." However, if you delve deeper into the history of the word, between used to function just like among in that it could refer to multiple objects. Merriam-Webster also states that some Biblical scholars argue that between was used in descriptions of happenings within, or between, the many Apostles. Take a look at these other similar sounding words that even the smartest among us often mess up.

What's the difference in usage?

If you were surprised by the fact that between wasn't always only considered when referring to two people or things, you're not alone. Many people still believe it sounds wrong to use it when referring to a large group. For some, the distinction comes naturally from the usage rules. The largest difference between among and between is the specificity and similarity between the objects in question, though there is some colloquial overlap. Sometimes our preconceived notions can lead us astray, like these words that don't mean what you think they mean.

Between is used when the objects are "individual and usually equal entities." This means that the objects are similar in some ways, but not able to be grouped together in the way that among allows. For instance, you might say "between a rock and a hard place" while you wouldn't say "sitting among a rock and a hard place" unless you were describing a larger environment or items grouped together to describe something else.

For many native English speakers, this distinction is known by ear and occurs naturally. Breaking it down to the rule itself can seem counterintuitive.

Next, check out the difference between these easily confused homophones.

Among vs. Between: What's the Difference?, Source:https://www.rd.com/article/among-vs-between-whats-the-difference/