When To Talk To Your Doctor About IBD 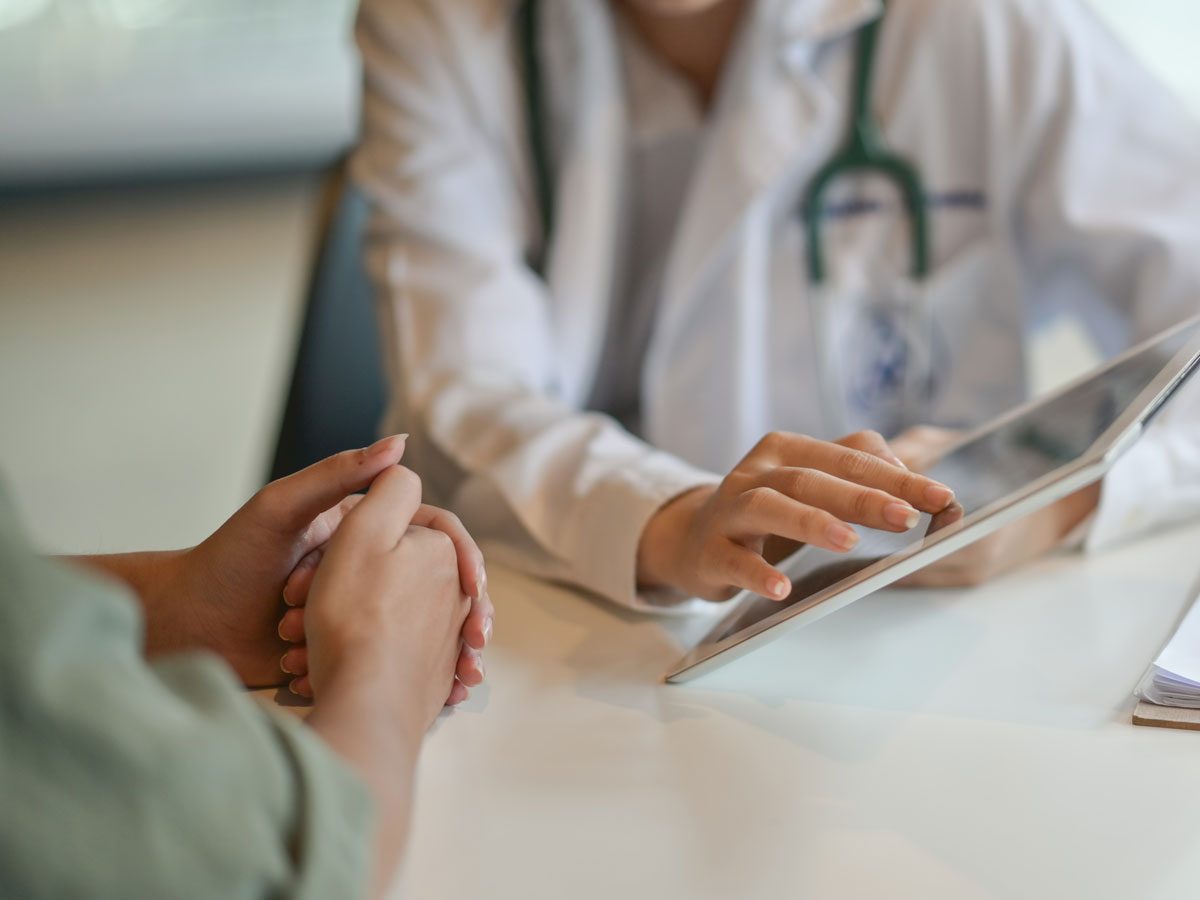 Inflammatory Bowel Disease is a chronic disease that can cause life-threatening complications if left untreated. Here's everything you need to know.

Many of us may experience bloating, abdominal pain or diarrhea after eating something to which we have a sensitivity or intolerance. But for people with Inflammatory Bowel Disease (IBD), it's considerably worse.

There are two main types of IBD: Crohn's disease (which impacts the colon) and ulcerative colitis (which impacts the entire GI tract, from the mouth to the anus). These chronic conditions, which affect 1 in 150 Canadians, cause inflammation in the GI tract. This can disrupt the body's ability to absorb nutrients, digest food properly, and have regular bowel habits.

While this disease can be diagnosed at any age, Dr. Talia Zenlea, a gastroenterologist at Women's College Hospital in Toronto, says rates tend to peak in early adulthood and middle age.

What are the symptoms of IBD?

Generally speaking, people have either Crohn's disease or ulcerative colitis. "But the two illnesses are sort of like cousins, where they have a lot of symptoms in common," says Dr. Zenlea. These can include rectal bleeding, overnight diarrhea, vomiting, bloating and abdominal pain. People can also have manifestations of IBD outside of the GI tract, such as swollen joints, fever, weight loss, constant fatigue, mouth ulcers, and inflammatory conditions of the eye or the skin (like psoriasis). "So if people have a diagnosis of these conditions, it can be a hint that they have IBD," she says. "But the main distinct clue of when people's symptoms are IBD is that they don't come and go." Instead, they become their new everyday normal. (Related: One woman shares what it's like to live with IBD.)

Are there any unique concerns for women?

At the end of the day, IBD doesn't affect women any differently than it does men. "But there are some unique concerns that women have in terms of implications of their disease on fertility, how it can impact their current or future pregnancies, as well as the health of their baby if they do conceive," says Dr. Zenlea. For women who become pregnant with untreated inflammation, Dr. Zenlea says there's a stronger chance that the inflammation is going to become more bothersome throughout their pregnancy. Even though most medications to treat IBD are considered safe for fertility and pregnancy, it's best to discuss with your doctor.

IBD can also exacerbate menstruation symptoms — abdominal pain and altered bowel habits — that are already bothersome to begin with.

What affect does this disease have on mental health?

If you're suffering with IBD and haven't settled a treatment, "symptoms can have a significant impact on quality of life," says Dr. Zenlea. This can lead to issues with physical intimacy, ability to parent, and even dictate career choices.

Coping with the physical symptoms of IBD can also have an impact psychologically. "Even when people are in remission, it's common to see higher rates of depression and anxiety in this population," she says. "So, it's become really important to screen for that in patients."

What are the treatment options available for IBD?

Some people are able to make diet and lifestyle changes in order to relieve symptoms, yet others may spend years exhausting different medical treatment options. There are a variety of different types of medications — oral, intravenous, and injections — that are effective in reducing symptoms. What works for one person doesn't necessarily work for another, so it can be a bit of trail and error to find the right regimen. This can be really frustrating for people suffering with symptoms. "Once proper therapies are found, they almost always have to stay on those therapies throughout the remainder of their life," says Dr. Zenlea. "The hope is that they remain in remission forever." That's not always the case, however.

According to the Crohn's and Colitis Foundation of Canada, 47 percent of people with Crohn's disease and 16 percent with ulcerative colitis will require surgery. For most people, surgery is often considered a last resort. Depending on the severity of Crohn's disease, a surgical treatment is done to remove all or part of the large intestine (colon) if it contains a stricture, which is essentially scarring caused be reoccurring inflammation that makes it difficult for food to pass through. "When inflammation is left untreated, it forms a scar that can't easily be reversed with medical management," she explains.

In severe cases of ulcerative colitis, a colectomy is recommended to remove of the large intestine and rectum. This then results in an ileostomy, where the surgeon connects the small intestine to the surface of the abdomen to create an opening, which is called a stoma. The stoma is what allows stool to pass into an ostomy bag on the outside of the body, rather than through the rectum. In some cases, a j-pouch is made and people are able to have their small intestine reconnected to their anus to have regular bowel movements again.

When should you talk to your doctor if you think you have IBD?

If you have any symptoms, talk to your doctor — even if you're not sure it's IBD. If there are any red flags your doctor is concerned about, they will then initiate a referral to a specialist, Zenlea says. "A general gastroenterologist is capable of assessing those symptoms, making a diagnosis, and initiating therapy," she says. "But if it gets to the point where experimental clinical trial therapies are needed, a referral will often then be made to an IBD expert."

The Crohn's and Colitis Foundation of Canada is also a great go-to source for quality information on this chronic disease.

Next, check out these strange skin problems that could be a sign of a serious disease.

When To Talk To Your Doctor About IBD, Source:https://www.besthealthmag.ca/best-you/health/ibd-inflammatory-bowel-disease/