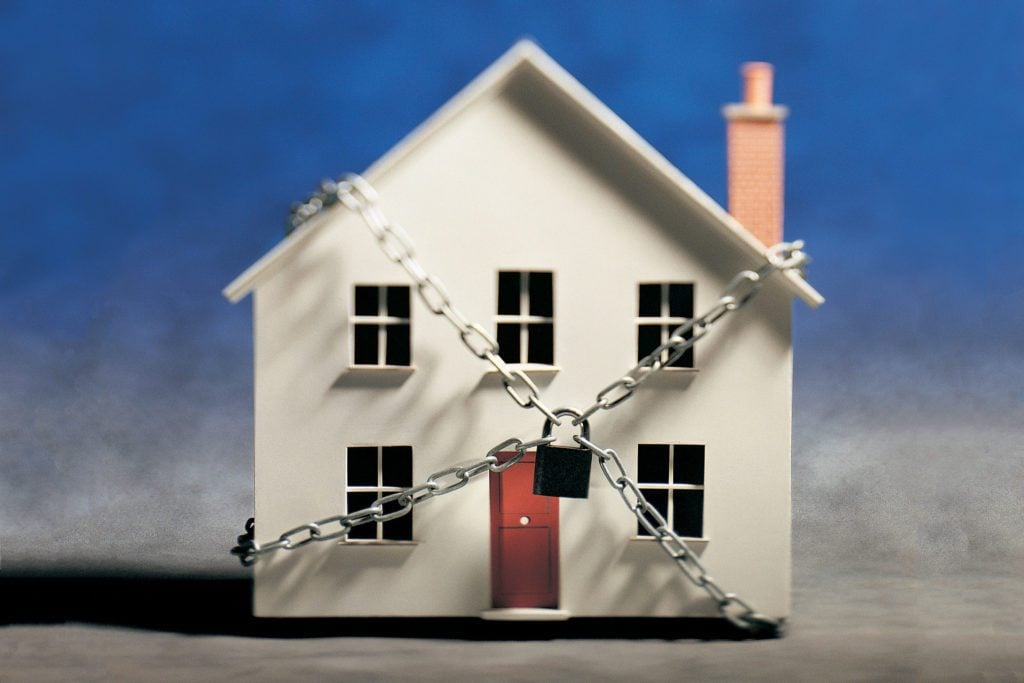 Find out about the 5 most absurd foreclosure stories, including one where someone owed nothing.

Foreclosure is typically the result of homeowners unable to pay their mortgages due to financial problems. But, in these five cases, homeowners are faced with foreclosure for bizarre and unjust reasons. Check out these things a new homeowner often doesn't know.

No. 1: An unpainted mailbox

For Joe DiVerde, from Wesley Chapel, Florida, owning his home proved to be more of a hassle than an American dream. DiVerde faced an unexpected ultimatum from his homeowners' association: either paint your mailbox, pay a $1,000 fine, or face a foreclosure. Because of an address mix-up, DiVerde never received prior concern over his mailbox and by the time he received notice, it was too late.

One of the strangest reasons we've heard for foreclosure is a homeowner owing no money at all. In 2011, a man living in Northampton, Massachusetts, and referred to only as Mark, received a notice demanding he pay $0.00 to his mortgage lender, Bank of America, or his home would be seized. Mark had consistently made his mortgage payments, so the odd news baffled him. Mark found his credit score had been downgraded. He had struggled to get in contact with Bank of America, so a Massachusetts news station reached out on his behalf. The result of the mix-up was an electronic filing error that caused Mark's payments to end up in the wrong place. His bank ultimately fixed the error, giving Mark $150 and a gift certificate in recompense for the inconvenience.

Real estate has its own share of lingo and some of it is hard to understand. Build your home buyer vocabulary before you start looking for your dream home.

In 2012, Alvin and Pat Tjosaas came home to their Twentynine Palms, California home to find all of their belongings had been stolen. Despite not having a mortgage on their home, Wells Fargo had foreclosed on it. When the Mr. and Mrs. Tjosaas got the police involved, the deputy sheriff said, "Good news, we know who took (your possessions)…Wells Fargo. Bad news, your stuff is all gone." Alvin had built the home with his father when he was a teenager. Despite the bank having ransacked the wrong home, Wells Fargo was unable to give back any of the possessions because they were disposed of so quickly. Here are our best tips for first-time homebuyers.

No. 4: Foreclosure on the bank

In terms of foreclosure, the bank seizing property from homeowners is the norm. But in an odd turn of events, homeowners in Naples, Florida foreclosed on a Bank of America branch. It began back in 2009 when retired police officer Warren Nyerges and his wife, Maureen Collier, paid $165,000 cash for their 2,700-square-foot home. They never took out a mortgage on the property. By February of 2010, Bank of America initiated foreclosure proceedings against them. The homeowners hired an attorney, and the bank eventually abandoned the foreclosure. By that time, however, the Nyerges incurred $2,534 in attorney's fees, for which they requested a refund. A court ultimately ordered the bank to repay the couple, but after five months of neglect, the couple's attorney obtained an order for foreclosure against the bank. The attorney reported to a local branch of the bank, with sheriff's deputies who were ordered to remove cash from the tellers' drawers, along with furniture, computers, and other property. After an hour, the bank manager wrote a check for $5,772.88 to settle the matter once and for all. These DIY home improvement fails will make you cringe!

A Dunedin, Florida man is facing foreclosure on his home for overgrown grass in his yard. Last summer, Jim Ficken returned home from time spent in South Carolina, where he was settling his late mother's estate, to find his grass more than 10-inches tall. The man in charge of mowing Ficken's yard had unexpectedly died. City code enforcement officers began slapping hefty fines of $500 a day, which added up to nearly $30,000 before the city notified Ficken of the problem. "That's about five or six years of living expenses for me. So, they're really trying to take five years of my life." Ficken is now being represented by attorneys with the Institute for Justice, free of charge. They are arguing that the fines are excessive. Next, learn 40 things you should know about a home by age 40.