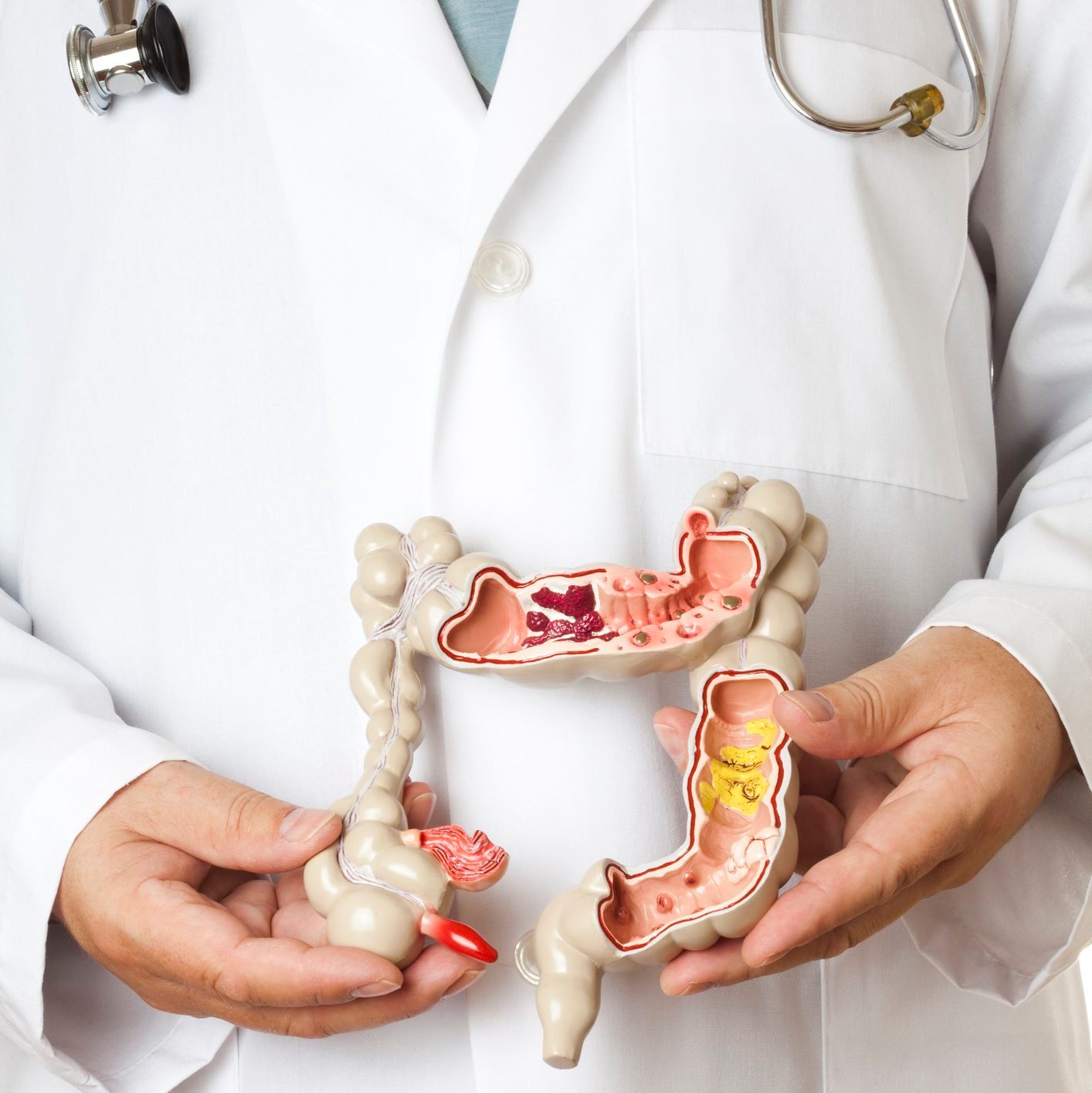 Screening for colorectal cancer, which includes both colon or rectal cancer, is recommended at ages 45 to 50. However, you may need to start even earlier if you have these risk factors.

Approximately 135,000 Americans are diagnosed with colorectal cancer each year, according to the Centers for Disease Control and Prevention (CDC). While that sounds bad, the good news is that colorectal cancer is highly treatable if caught early.

In fact, many of these types of cancer start as a growth, known as a polyp, on the inner lining of the colon or rectum. Polyps are common, and the most common types of polyp never turn into cancer, says Otis W. Brawley, MD, an authority on cancer screening and prevention, and professor of oncology and epidemiology at Johns Hopkins Bloomberg School of Public Health in Baltimore. However, some polyps do become cancerous over time and can grow into the lining of the colon or rectum.

While they don't generally cause any obvious symptoms early on, routine screenings can catch polyps early, and they can be removed before they turn into cancer.

Rates are dropping overall, but rising in younger people

Colorectal cancer tends to strike later in life with approximately 90 percent of new diagnoses in people aged 50 or older. However, colorectal cancer rates have been rising in younger and middle-aged adults. For example, a 2017 study in the Journal of the National Cancer Institute found that adults born in 1990 had double the age-specific risk of colon cancer and quadruple the risk of rectal cancer as those born in 1950. Younger people tend to have more advanced disease at diagnosis, though the survival rates are better, according to a 2016 study published in the American Cancer Society journal Cancer.

Chin Hur, MD, a gastroenterologist and research scientist at NewYork-Presbyterian/Columbia University Irving Medical Center in New York City and expert on screening and prevention of GI cancers, says that the scientific community is still trying to figure out what's causing more young people to get colorectal cancer. "All cancers are different. Traditional risk factors for colorectal cancer are smoking, eating red meat, and obesity, but these younger cases might be different—there could be different risk factors," Dr. Hur says. (Other risk factors for colorectal cancer include having type 2 diabetes or being of African American or Eastern European Jewish descent.)

Traditionally, the CDC and other expert groups have recommended colorectal cancer screenings for those 50 to 75 years old who have an average risk of this malignancy. However, some organizations, including the American Cancer Society (ACS), now recommend starting earlier, at age 45, because of the rise in cases in younger people. (Though, it's important to note, coverage may vary by insurance company.) Survival rates for this cancer are much higher with early detection.

There are several different types of tests you can get to screen for colorectal cancer, and what you choose can depend on a combination of advice from your physician and personal preference. Colorectal cancer screening includes tests that look for blood or DNA in stool; CT colonography, which is known as virtual colonoscopy and uses X-rays to visualize the colon; flexible sigmoidoscopy, which is an examination of the rectum and lower colon with a lighted instrument; or a colonoscopy, which is an examination of the entire colon with a lighted instrument.

At the moment, the U.S. Preventive Services Task Force recommends that people with average risk start being screened at age 50, although they are currently updating their recommendation.

When to start screening

In the past, having your 50th birthday meant it was not only the time to plan a big party, but also the time to start colorectal cancer screening. However, you shouldn't wait until the big 5-0 to talk to your doctor about screening. You could start at 45 if you have an average risk and may need to start screening even earlier if you have the following risk factors.

You have a family member who has or had colorectal cancer

You'll want to tell your doctor and ask about being screened before 50 if this is the case. "If a first-degree relative has had colorectal cancer, take the age that they were diagnosed and subtract 10. You should either start screening at that age, or at 40, whichever is lower," says Dr. Hur. Your doctor will likely want to screen you every five years as opposed to every 10. This is the normal frequency for someone with average risk.

Additionally, if an immediate family member has a history of adenomatous polyps (which are the kind of polyps that can become cancer), you'll also want to tell your doctor so they can determine if you should start screening early.

You may have a genetic syndrome

Certain inherited gene mutations can drastically increase your risk of developing colorectal cancer. The most common is Lynch syndrome, which is caused by variations in a handful of genes and increases a person's risk of multiple types of cancer, including colorectal. According to the U.S. Department of Health and Human Services, approximately three to five percent of new cases of colorectal cancer are caused by Lynch syndrome. 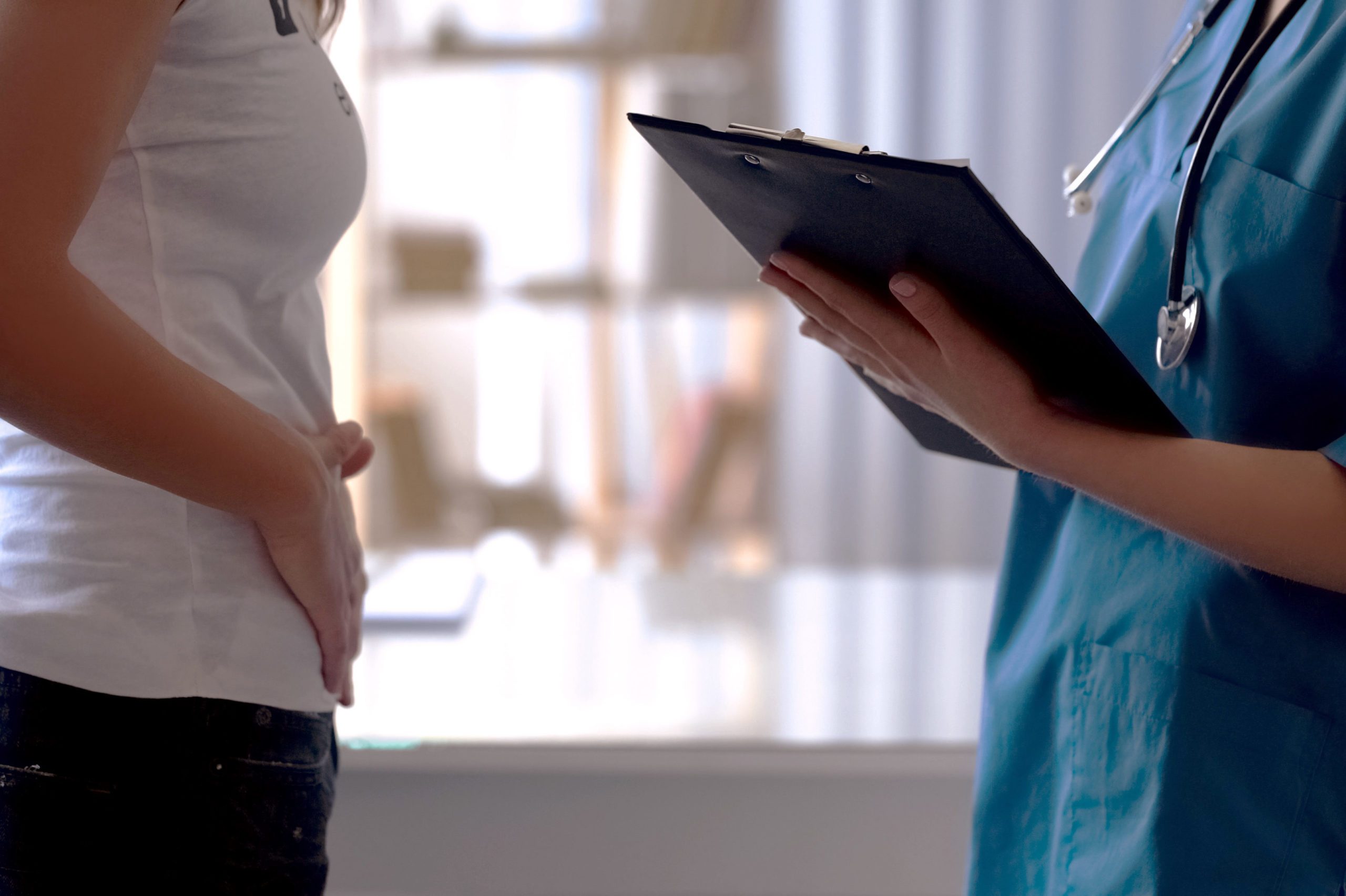 You have ulcerative colitis or Crohn's

People with inflammatory bowel disease (IBD)—including ulcerative colitis or Crohn's disease—are also at an increased risk of colorectal cancer and may need to start early screening.

The reason: IBD is a serious autoimmune condition that causes chronic inflammation in the colon. Long-term inflammation leads to cell damage and cell turnover, making you more likely to develop cancer, Dr. Hur explains. Especially if you have had untreated IBD for many years, there's a greater chance that the cells will mutate and become irregular over time. A 2019 study published in the World Journal of Gastroenterology suggests that regular screening can help improve survival outcomes for IBD patients with an increased risk of colorectal cancer. Depending on your specific circumstance and risk factors, your doctor may suggest screening every one to five years.

Dr. Brawley says that most physicians will recommend that people who have IBD get regular colonoscopies starting at a much earlier age, maybe even in their teens and 20s, depending on their specific circumstances.

Other personal risk factors for colorectal cancer can include a history of having had cancer or polyps in the past, or radiation to your abdomen to treat another condition.

You notice a significant change in your bowel habits or stool

This one's tricky because, well, a lot of people have changes in their bowel habits and the shapes and sizes of their stool, Dr. Hur says. "A lot of people get constipated under stress," he adds. Even having blood in your stool usually isn't something to worry about—though it can, in some cases, be a sign of colorectal cancer. "The most common reason for having blood in stools are hemorrhoids," says Dr. Brawley. Bloody stools can also be signs of a benign polyp, and other things like fissures. Other possible symptoms of colorectal cancer include rectal bleeding that's bright red, stools that are black (which can be a sign of blood in the stool, although harmless medications can do this too); the feeling like you need to have a bowel movement but it doesn't go away when you do; or diarrhea, constipation or narrowing of the stool that doesn't go away after a few days, according to the ACS.

Keep an eye on these other symptoms

In addition to persistent changes in your stool, other symptoms of colorectal cancer can include severe cramping and pain, fatigue, shortness of breath, anemia (low red blood cell count), and/or unintended weight loss. Although in most cases people who have these symptoms do not have cancer, it's best to consult your doctor. You should bring up any concerns so that you can be properly evaluated and get the screening you need. Remember, it's imperative, especially for the younger population to be aware of the early signs of colorectal cancer and to seek medical attention if you show any of these symptoms along with the other signs.