Here’s Why We Pass Out Candy on Halloween 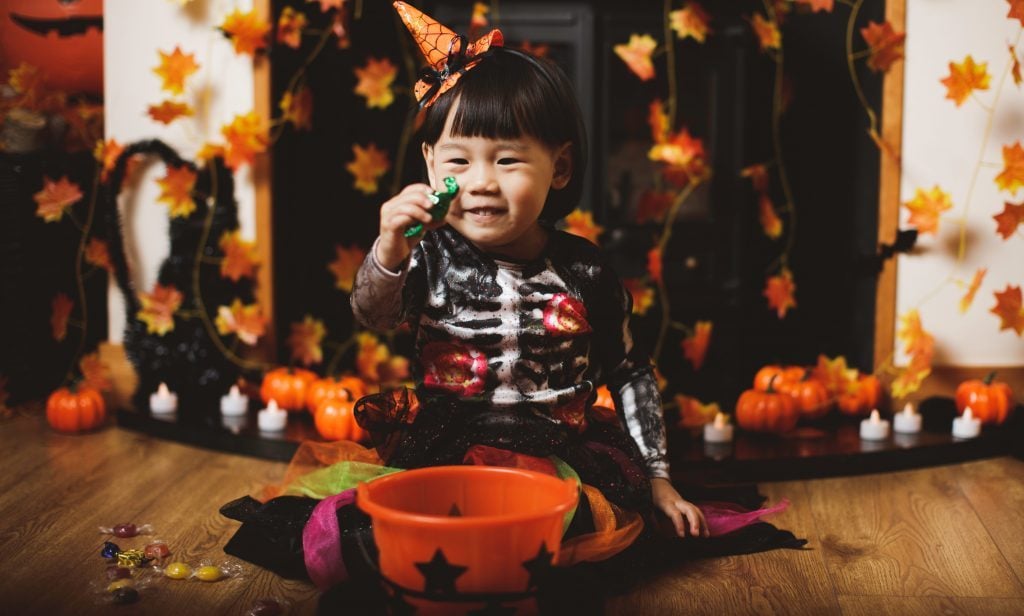 Sure, candy's a big part of lots of our holidays in the United States—but why is Halloween the one where we go door-to-door asking for it?

If you grew up in a Halloween-celebrating family and/or a walking-friendly neighborhood, you likely have fond memories of rushing from house to house collecting candy. But that tradition has an interesting history, no matter how different Halloween might look this year. With the pandemic putting candy-dispensing on the back burner and limiting Halloween-bashes, there's no better time to understand the actual history of the holiday to find creative, new solutions. While activities reminiscent of today's trick-or-treating have been around since ancient times, actual candy probably hasn't been part of it for as long as you think.

The holiday of Halloween can trace its origins back more than 2,000 years, to the ancient Celts and their harvest celebration, Samhain. This celebration is also a big reason the traditional colors of Halloween are black and orange. Celebrants believed that halfway between the autumnal equinox and the winter solstice, right around October 31 and November 1, the gateway between the worlds of the living and the dead was weakened. So they would prepare for the presence of deceased spirits by offering up food and drink to the wandering spirits.

As the holiday evolved into the Middle Ages, it gained religious significance. People now participated in All Souls' Day, on November 2, by going to wealthier people's homes and offering to pray for their deceased loved ones in exchange for money or food. And this practice, known as "souling," evolved into a fun one for children, who would also go from home to home. But instead of offering prayers, they would sing or tell a joke and receive a treat, like coins or fruit, in exchange. Starting to sound familiar? Learn more about how this happened with our comprehensive history of Halloween and why we celebrate it.

Before the 19th century, these trick-or-treating precursors were really only popular in Ireland and Scotland. But during that century, immigrants began coming to the United States from Ireland and Scotland, in many cases to avoid famine. They brought the celebration, now known as Halloween, with them.

Now in semi-modern times: the holiday gained popularity, especially among young people, in the early 20th century before celebrations declined due to the Great Depression and World War II. And when people did "celebrate," it was with more malicious pranks like vandalism. But once the 1950s hit, the holiday came back—and the increasing suburbanization helped establish the practice of kid-friendly trick-or-treating as we know it today. As for the candy? Well, candy companies in the post–war ration era were growing, and they began realizing what a gold mine this holiday could be. That's how we got the now-ubiquitous Halloween-themed candy surge that descends upon our retailers every fall. Today, Americans spend a lot of money on treats for this holiday. Learn exactly how much—plus some other fascinating facts about Halloween candy.

Here's Why We Pass Out Candy on Halloween, Source:https://www.rd.com/article/halloween-pass-out-candy/